Turkey will seek alternatives if F-35s not acquired: defense minister 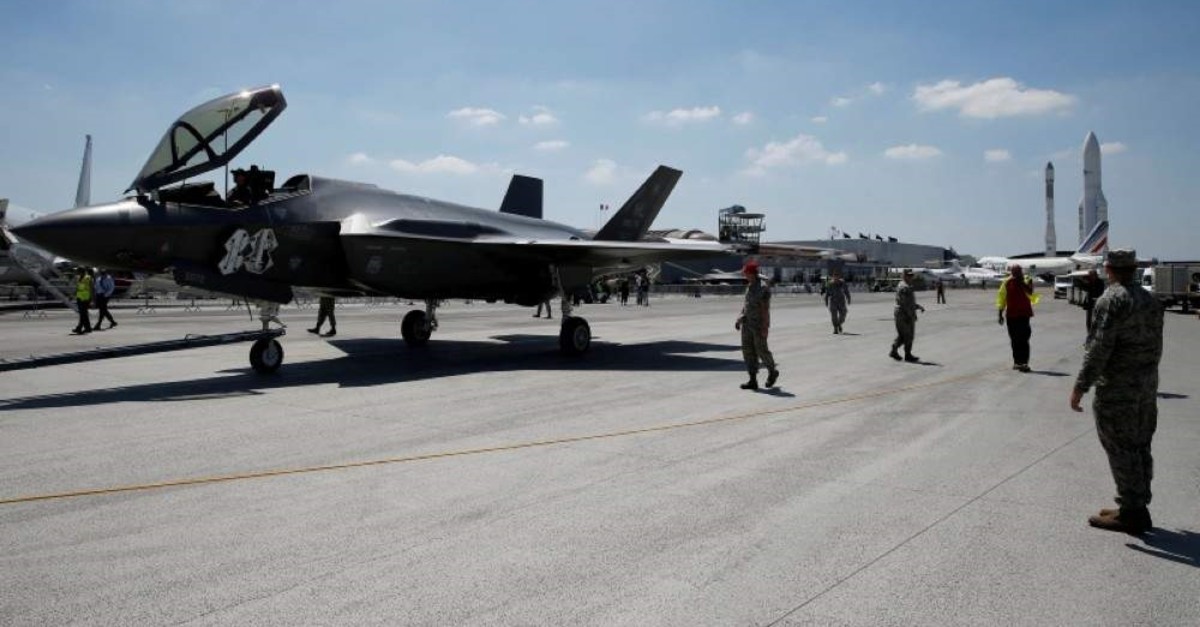 The Turkish defense minister said Saturday the country would search for alternatives it the U.S. fails to deliver F-35 fighter jets “for any reason.”

"All should be aware that Turkey will have to look for alternatives if F-35s [jets] cannot be acquired for any reason," National Defense Minister Hulusi Akar said at an interview with Al Jazeera.

Hulusi Akar underlined Turkey's recently-bought Russian S-400 missile defense systems would not be integrated into Turkey's defense system and that they would instead be part of a "stand-alone system".

"That's what we have been saying since the beginning [of the dispute with the U.S.]. It [S-400] will definitely be a 'stand-alone' system. We are not going to integrate this with the NATO systems in any way. It will operate independently," he said.

Emphasizing that Turkey has fulfilled its responsibilities as one of the partner countries in the F-35 program, he said the country's allies -- particularly the U.S. -- should do their part accordingly.

Akar said a previous attempt by Turkey to buy U.S.-made Patriot defense systems had been rejected, after which Ankara purchased the S-400 system.

The U.S. maintains that the system could be used by Russia to covertly obtain classified details on the jet and is incompatible with NATO systems.

Akar said joint Turkish-Russian patrols in northern Syria were useful in monitoring developments in the area, where Turkey launched an anti-terror operation to clear the area of terrorists and ensure the safe return of Syrian refugees.

"I believe these patrols will be much more beneficial and successful in the coming days," he added.

Noting that Ankara and Moscow had agreed on the withdrawal of the PKK/YPG terror organization and affiliated groups from the region, Akar stressed that PKK/YPG terrorists were still present in the area and that they had harassed Turkish troops in recent days.

Akar highlighted that Turkey, since the eruption of civil war in Syria in 2011, has always respected Syrian political and territorial integrity.

"We don't have intentions on anyone's territory. Our sole wish and goal is the security of our country and nation," he said, adding that the PKK/YPG and Deash, also known as ISIS, terror groups were Turkey's main concerns.

Akar said PKK/YPG terrorists have carried out at least 1,200 mortar and rocket attacks in recent days on people living east of the Euphrates River.

He added that a total of 22 Turkish people were killed and 200 others wounded following the terror group's attack on Turkish border cities following the start of Operation Peace Spring.

He went on to say that Turkey would never target civilians in its operation and that it had taken measures not to harm civilians, the environment and historical and religious buildings.

Asked about recent developments in the northwestern Syrian province of Idlib, Akar said the Bashar al-Assad regime did not respect an ongoing ceasefire and violated agreements.

"...[Assad regime] tried hard to violate the truce at every opportunity. Of course, one can say that they also received some help from the Russians," Akar said.

"Since May 6, about 1,100-1,200 Syrians lost their lives and the majority of them were civilians. Also, we know that 600,000 people abandoned their homes. Hence, it's a serious humanitarian tragedy," he added.

Turkey on Oct. 9 launched Operation Peace Spring, to eliminate the terrorist PKK/YPG from northern Syria east of the Euphrates River in order to secure Turkey's borders, aid in the safe return of Syrian refugees, and ensure Syria's territorial integrity.

Ankara wants PKK/YPG terrorists to withdraw from the region so that a safe zone can be created to pave the way for the safe return of some two million refugees.

In its more than 30-year terror campaign against Turkey, the PKK -- listed as a terrorist organization by Turkey, the U.S. and EU -- has been responsible for the deaths of over 40,000 people, including women, children and infants. The YPG is the PKK's Syrian offshoot.