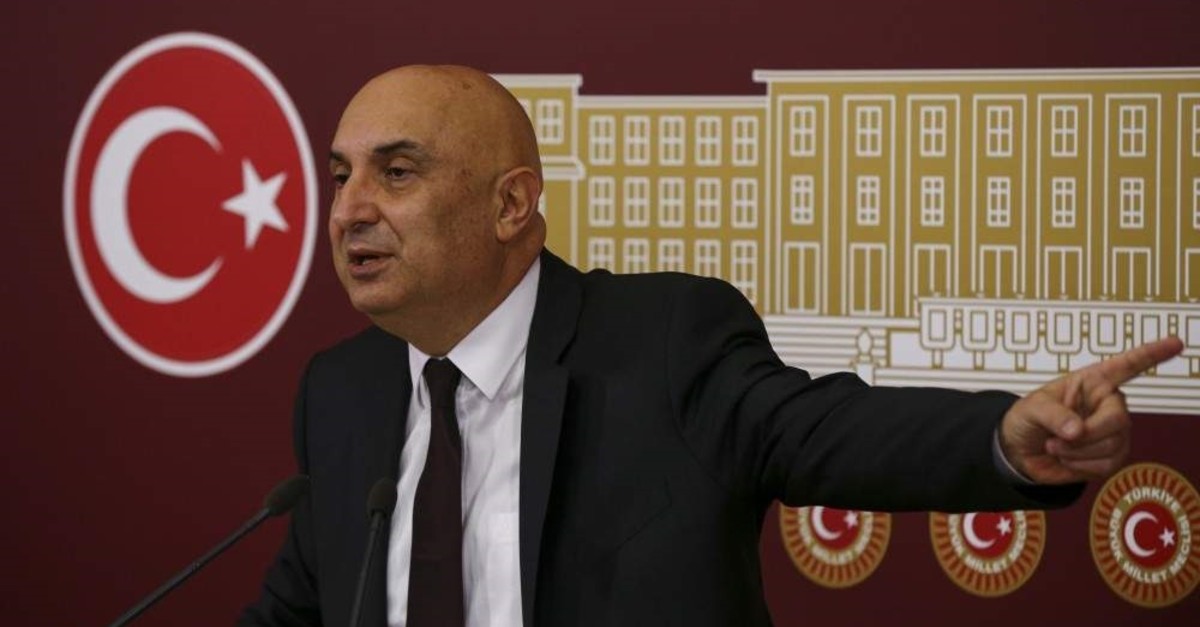 Internal divisions within the main opposition Republican People’s Party (CHP) continued to cause consternation among party officials for another day, as the party chairman and the group deputy chairman harshly responded to Muharrem İnce’s press statement by challenging his claims.

CHP Sakarya Deputy and Group Deputy Chairman Engin Özkoç urged colleagues to refrain from making statements that would harm the party, in response to İnce, who said a circle within the party was conspiring against him by claiming that he had held a secret meeting with President Recep Tayyip Erdoğan. In the statement, İnce urged Kılıçdaroğlu to take action to rid the CHP of plotters who sought to damage the party.

“Party members should refrain from all kinds of statements which target and could damage the party,” Özkoç said, adding that caution ought to be taken not to slip into traps laid by those allegedly disturbed by the party’s rise, failing to give names to support the latter point. More forcefully, Özkoç urged İnce to prove his claims, saying on Twitter: “Talk only if you have proof, shut up if you don’t! Your gossip is a complete falsehood, İnce. You are a coward if you do not prove this claim!”

CHP Tekirdağ Deputy and party spokesman Faik Öztrak also made a comment on Twitter, blaming the president for the “plot.” He claimed that the president was behind the controversy and urged fellow party members to show restraint. Chairman Kemal Kılıçdaroğlu also blamed the president for the controversy, stating that the claim may prove to be true based on the claim that Erdoğan had allegedly been trying to stir controversy within the CHP.
In a later statement following a party meeting on Monday CHP, Öztrak called the incident a conspiracy and said it aims to defame Chairman Kılıçdaroğlu.

Öztrak claimed that President Erdoğan was behind the incident and that Kılıçdaroğlu had nothing to do with it.

“We are determined to calmly disrupt the dirty plot and address it within the framework of party bylaws,” Öztrak said.

Çelik noted that the journalists who came up with the story have disappeared, saying that İnce had also pointed to the CHP administration as the perpetrator of the claims.

He continued by saying that the president is not involved in any way in the incident, as he urged the CHP to issue an official apology for their false claims.

“CHP is a self-destructive party,” Çelik said, adding that whoever blames the president is behind the plot.

“AK Party does not care about CHP’s intraparty conflict,” Çelik said, adding that the main opposition is causing damage to politics in Turkey.

"For as long as the CHP fails to break this deadlock, it will not be able to engage in ethical politics in Turkey. If the CHP wants to talk of clean politics, then we have to cleanse ourselves of this stain. This is the only way we can purify ourselves," said Muharrem İnce, the CHP's presidential candidate during the 2018 elections, speaking on Sunday.

İnce told journalists that the goal of this baseless claim was to knock him out as a contender and phase out his influence within the party. He mostly blamed Kılıçdaroğlu for his ineffective leadership skills and for poorly managing the crisis.

"The CHP should inform 82 million [Turkish citizens] as to who came up with this plot," İnce said, adding that it is the party's responsibility to clear up the mess.

He made a special call to Kılıçdaroğlu, warning him that if he did not take action now, he may become the target of these "plotters" tomorrow. This is not the first time the CHP is experiencing internal conflict. Several dissidents, including prominent figures, were either fired or resigned from the party. Many of these figures criticized Chairman Kılıçdaroğlu for failing to step down despite having not won a single election in almost a decade.