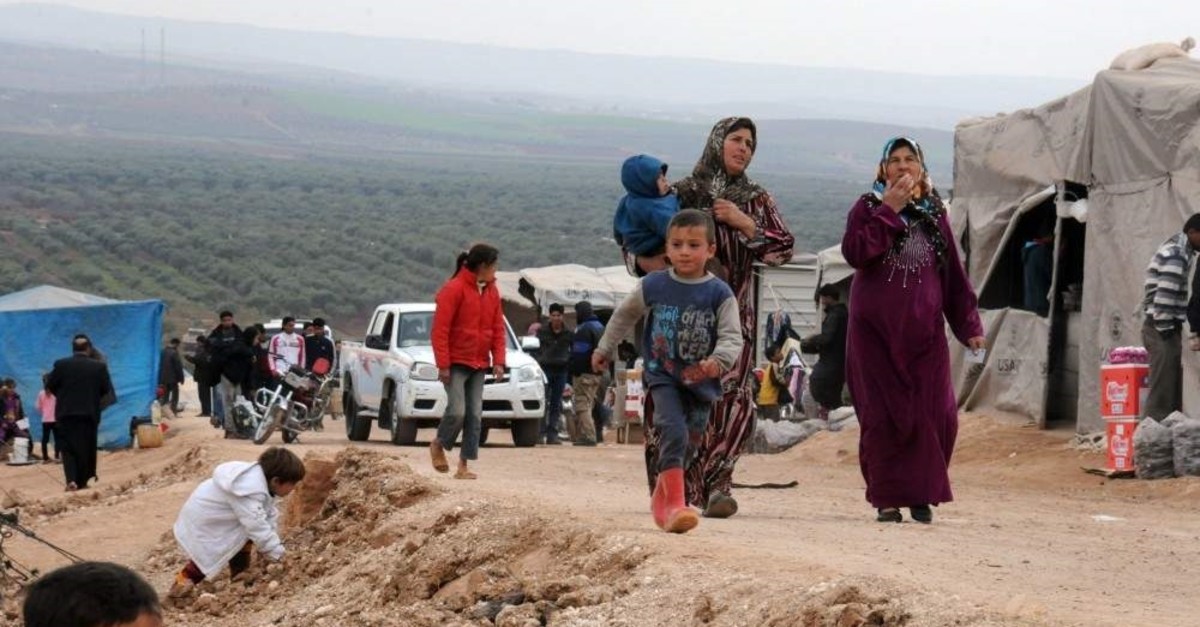 Turkey has urged the international community to support its plans to establish a safe zone to facilitate the return of Syrian refugees.
“We invite the international community to support us in helping our Syrian brothers and sisters to safely return to areas where they can live in peace regardless of their religious and ethnic identities,” Presidential Communications Director Fahrettin Altun said on Twitter Wednesday.
In a series of tweets, Altun said Turkish military operations in northern Syria fully comply with international resolutions and agreements and Ankara urges relevant parties to abide by the agreements to ensure the liberation of some areas including Tal Rifaat and Manbij from terrorist groups.

He underlined that Turkey’s Operation Peace Spring and its two predecessors aim to clear terrorists and allow the return of refugees.

Altun added Turkey was ready to cooperate with all like-minded parties in the anti-Daesh fight.
Earlier on Oct. 9, Turkey launched Operation Peace Spring, the third in a series of cross-border anti-terror operations in northern Syria targeting terrorists affiliated with Daesh and the PKK's Syrian offshoot the YPG.

The operation is conducted in line with the country's right to self-defense borne out of international law and U.N. Security Council resolutions. It aims to establish a terror-free safe zone east of the Euphrates for the repatriation of Syrian refugees. The area at the time was controlled by the U.S.-backed Syrian Democratic Forces (SDF), which is dominated by the PKK-affiliated People's Protection Units (YPG).

Ankara agreed with Washington on Oct. 17 to temporarily halt its operation to allow the YPG/PKK terrorists to withdraw from the planned safe zone.

Later on Oct. 22, Ankara and Moscow reached a deal under which YPG/PKK terrorists were to pull back 30 kilometers south of Turkey's border with Syria within 150 hours, and security forces from Turkey and Russia would carry out joint patrols there.

The PKK, listed as a terrorist organization by Turkey, the U.S. and the EU, has waged a terror campaign against Turkey for more than 30 years, resulting in the deaths of nearly 40,000 people, including women and children.