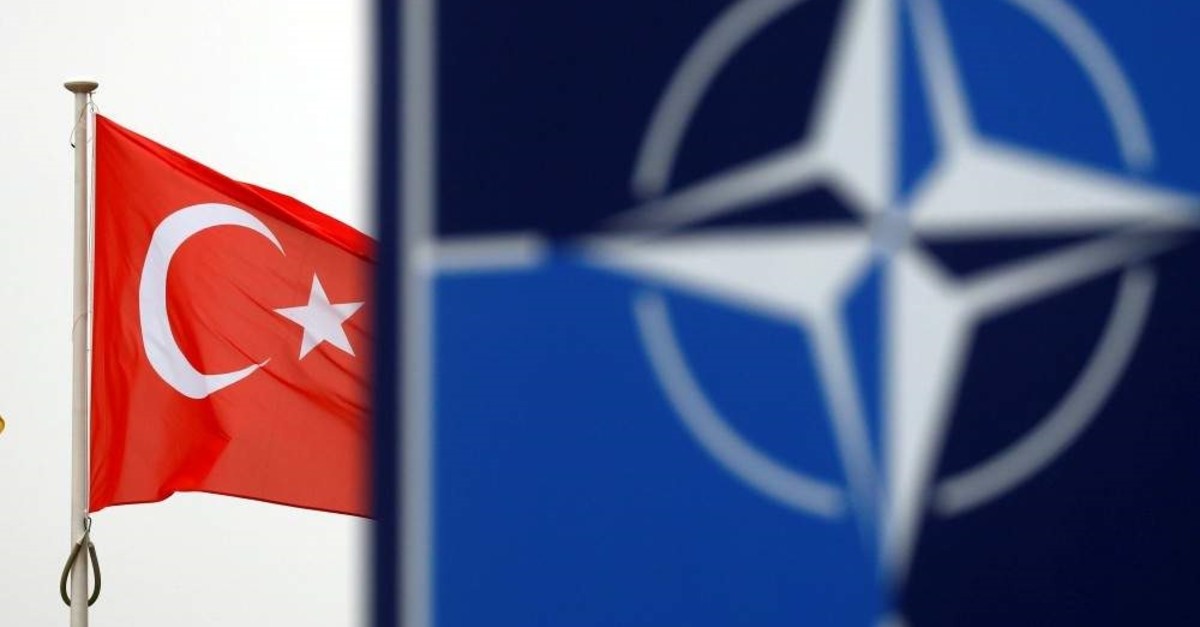 President Erdoğan is traveling to London today to attend a series of meetings with world leaders, where he is expected to highlight Turkey's anti-terror struggle and express its expectations from allies and NATO

President Recep Tayyip Erdoğan will continue to draw attention to important regional and global issues, including the Syrian crisis and refugees, at the NATO summit in London slated for Dec. 3-4 on the occasion of its 70th anniversary.

The president will travel to London today to attend the summit. He is expected to highlight the importance of the bloc as an alliance in the face of growing skepticism about its function and future.

Erdoğan will host a series of meetings where he is expected to voice Turkey’s disappointment regarding a lack of solidarity and support for the country’s fight against terrorist organizations, especially the PKK and its Syrian offshoot the People’s Protection Units (YPG).

One of the highlights on Erdoğan’s NATO agenda includes a quadrilateral meeting with British Prime Minister Boris Johnson, German Chancellor Angela Merkel and French President Emanuel Macron, who recently came at odds with Erdoğan after saying that Turkey should not expect solidarity from NATO allies regarding its anti-terror operation in northern Syria. On the contrary, Turkish officials have repeatedly urged all allies to support Operation Peace Spring, which was launched with the goal to clear terrorist elements from the country’s borders, which mark the borders of NATO, hence contributing to the security of the bloc.

"We do not know what France means for NATO but Turkey, with its second-largest army, is its most important member. No one should doubt that if it was not for Turkey, terrorists would head for Europe," Erdoğan said in response to Macron’s comments. Erdoğan further criticized the French president for hypocritically trying to establish a presence in Syria while criticizing Turkey.

Earlier last week, the French president argued NATO was no longer an effective organization and that its “brain death” has taken place. Ankara also recently refused to approve a NATO defense plan for the Baltics and Poland after the U.S. rejected a defense plan concerning Turkey, which recognizes the YPG and PKK as national threats. If the defense plan concerning Turkey is published, it would mean the U.S. could be held legally responsible for supporting the terrorist organizations, according to Turkish authorities.

To emphasize Turkey’s determination to fight all terrorists to ensure regional and global security, Erdoğan is expected to explain the importance of Operation Peace Spring and the planned safe zone that is currently being established in northern Syria to Turkey’s NATO allies.

Recently, Presidential Communications Director Fahrettin Altun told Daily Sabah that Turkey's main expectation from the summit is that NATO allies stand by the country against the threat posed by terrorist organizations.

"Today, NATO faces many criticisms and is seen as ineffective in solving the alliance's problems. However, overcoming these criticisms depends on the dedication and sincerity of the members. As a strategic member of NATO, Turkey will provide all kinds of assistance to the alliance in the face of joint struggles," Altun told Daily Sabah on Friday.

Additionally, Altun noted that Turkey expects allies to be consistent in their rhetoric and actions, as he argued that the opposite harms relations.

Defense Minister Hulusi Akar recently criticized the bloc for failing to meet its commitments to support Turkey’s counterterrorism fight, saying that the country has been “left alone.”

Akar noted that Turkey has been calling on its allies to help clear the terror corridor on its border that posed a considerable threat to the country’s national security and stability in the region.

“Action was needed and although we sought a collective approach, ultimately, we were left going it alone,” Akar said in an opinion penned for Euronews.

He continued by saying that most of NATO allies not only refused to answer Turkey’s call to help, but they also condemned the country for dealing with the security threat posed by the PKK-linked YPG in Syria.

Turkish officials have continuously emphasized the importance of approaching security and terrorism-related issues in a coordinated manner with allies and complain about the lack of a similar approach.

Other than the security threat posed by the YPG, the president is also expected to touch upon the issue of Syrian refugees in addition to bringing up the issue of an international donor meeting for refugees.

President Erdoğan recently told journalists on his way back from an official trip to Qatar that he has personally mentioned the issue to U.S. President Donald Trump and will bring it up again at the summit.

Turkey aims to set up a safe zone in northeastern Syria as soon as possible to facilitate the voluntary return of refugees and is seeking international support.

Earlier last week, Presidential Spokesperson İbrahim Kalın said that the president would touch upon the importance of NATO as an alliance in the 21st century, as well as the bloc’s vision, responsibilities and priorities.

The president has consistently drawn attention to the significance of global organizations, including the U.N. and NATO, to solve global problems.

Transatlantic leaders are expected to demonstrate that the 70-year-old alliance is still standing up tall, despite division over important issues like trade, Iran and Syria.