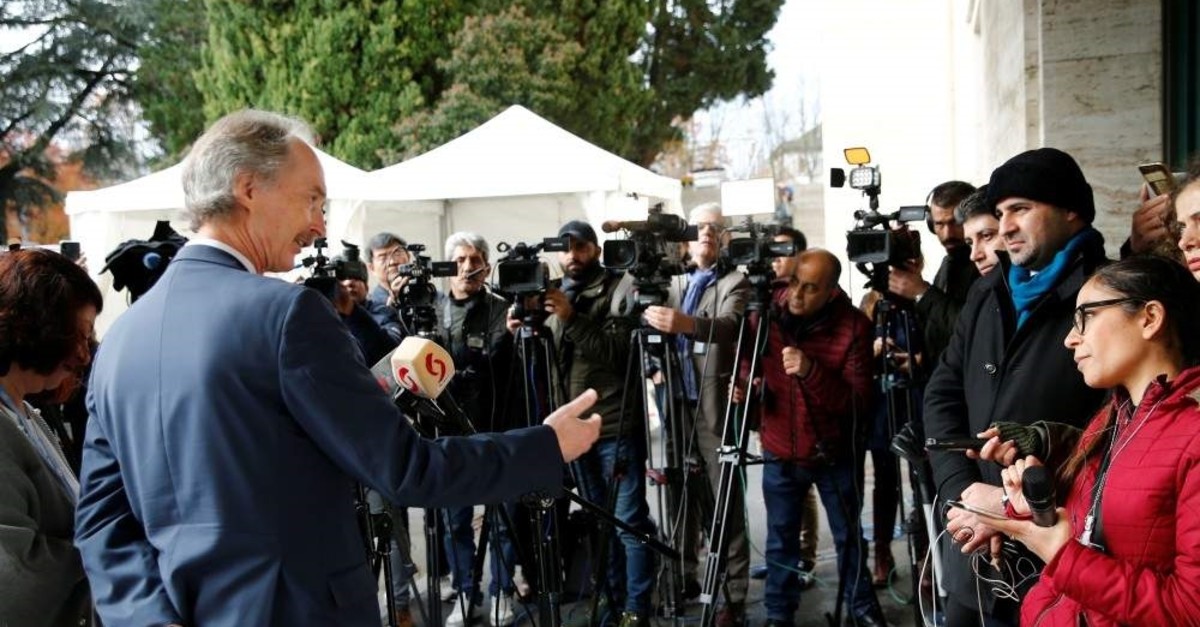 The Assad regime cannot continue to delay the progress of the U.N. facilitated the Syrian Constitutional Committee, the U.S. State Department said Saturday.

"The requested preconditions from the Assad regime clearly violate the constitutional committee's rule of procedure and are a blatant attempt to delay the work of an important effort that is supported both by the Small Group and Astana Group," State Department spokeswoman Morgan Ortagus said in a statement.

The statement stressed that the constitutional committee cannot be the only U.N. Security Council Resolution 2254 line of effort pursued by the international committee.

It added that other elements including the release of detainees, a nationwide cease-fire and establishing a safe and neutral environment to hold free and fair elections under full U.N. supervision, should be ensured.

The Syrian Constitutional Committee – comprising opposition, civil society, and regime members – began its work on Nov. 20 in Geneva with the U.N. facilitation.

The committee is mandated within the context of a U.N.-facilitated Geneva process, to prepare and draft for popular approval of constitutional reforms paving the way for a political settlement in Syria.

On Nov. 25, the Assad regime delegation left on the first day of the second round of talks.

Since then, over 5 million civilians have become refugees. Turkey hosts 3.6 million of them, more than any country in the world.