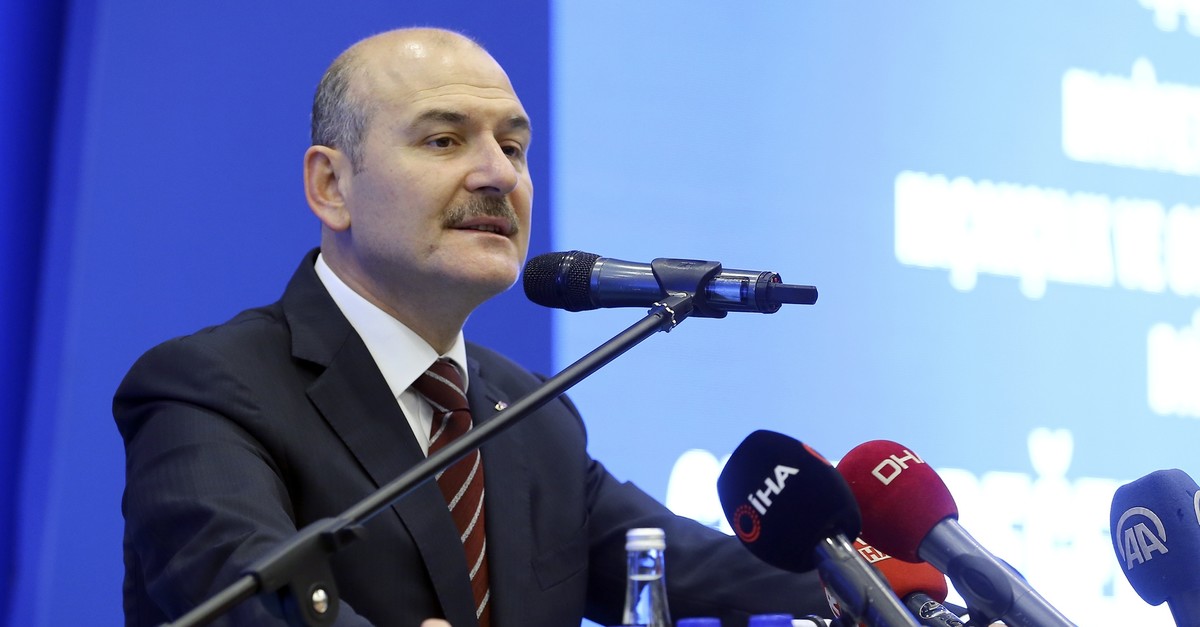 | AA Photo
by Daily Sabah Dec 01, 2019 11:00 am
Turkish authorities know the whereabouts of Adil Öksüz, the civilian mastermind of FETÖ-led coup attempt, Interior Minister Soylu said Sunday.
Soylu did not identify the country harboring Öksüz, who is one of the most wanted perpetrators of the coup attempt.
"We know his whereabouts but will not announce it for now," Soylu told a live broadcast on Kanal 7 television channel.
A point man for the FETÖ terrorist group who is accused of masterminding the 2016 coup attempt, Öksüz was allegedly spotted in Germany in 2018, and though it is not confirmed Ankara says Germany issued a search warrant for his house after the reports.
An Ankara court had drafted a request for the extradition of Öksüz from Germany.
Originally a theology lecturer, Adil Öksüz had a more sinister profession according to authorities. As an "imam" or point man for FETÖ, he planned the putsch attempt with terrorist group's infiltrators in the military. He is currently on the Interior Ministry's most wanted list, with a reward of TL 4 million ($981,000) for tips leading to his capture.

Öksüz was first detained just outside Akıncı Air Base, a military base in the capital Ankara after the coup attempt was foiled. The base was sort of a command center for the putschists with warplanes taking off from there striking strategic locations.

However, hours after his detention, a court controversially ordered his release with judicial control. Öksüz was last seen in Sakarya, the northwestern city where he taught at a university, before his disappearance. Months of manhunts across Turkey failed to yield results and authorities concluded that he fled abroad.

Referred to as the "black box" of FETÖ for his intricate ties to senior cadres and prominent role in the coup attempt, Öksüz reportedly acted as the Air Force leader for the terrorist group.

FETÖ leader Fetullah Gülen and Öksüz are being tried in absentia in several coup cases. Both men face multiple life sentences for their suspected role in the coup attempt that came three years after FETÖ members in the judiciary and law enforcement tried two other unsuccessful coup attempts.