New S-400 deal may happen before too long, Turkey says 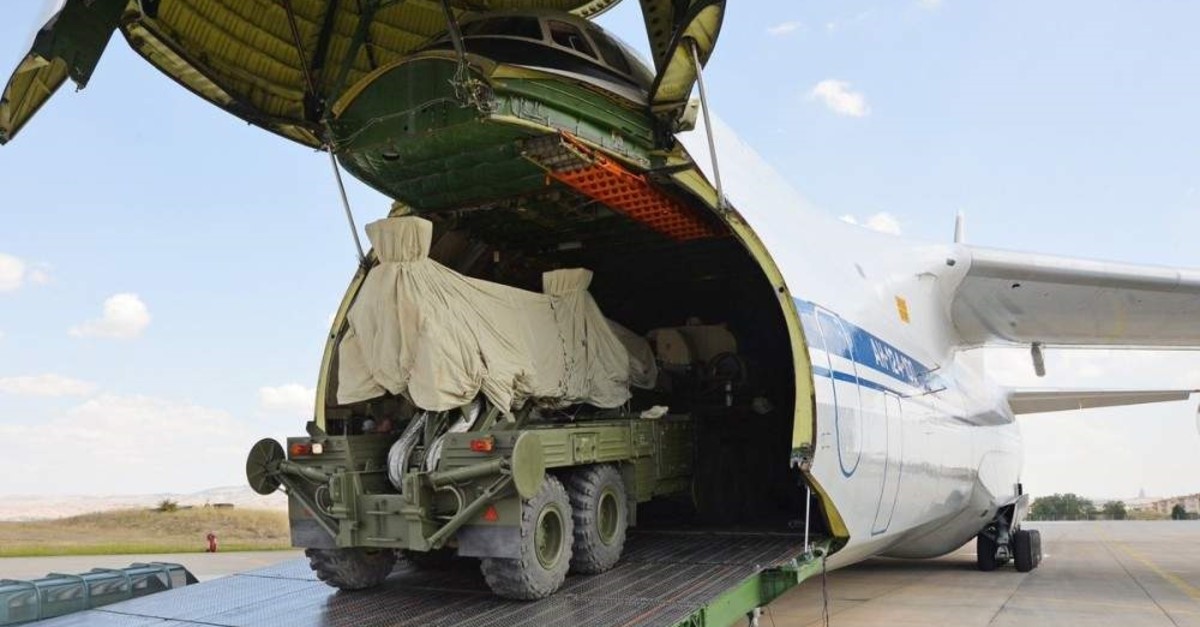 S-400 batteries pictured at the Mu00fcrted Air Base in Ankara (AA File Photo)
by Daily Sabah with Agencies Dec 02, 2019 1:14 pm
The purchase date for more S-400 missile systems from Russia is just a technicality and a deal will happen before too long, the RIA news agency cited the Turkish presidential administration as saying on Monday.
Moscow hopes to seal a deal to supply Turkey with more S-400 missile systems in the first half of next year, the head of Russian state arms exporter Rosoboronexport said last month.
Such a move could further strain ties between Turkey and the United States, which has suspended Ankara from the F-35 stealth fighter jet program to punish it for buying S-400 batteries earlier this year.
"The date of the purchase of the second set of S-400s is just a technical question. I think it will happen before too long," RIA cited a security and foreign affairs official in the Turkish presidential administration as saying.
Rosoboronexport's Alexander Mikheev told RIA news agency on Nov. 26 that Moscow and Ankara were actively discussing Ankara taking up an option in the original contract for it to receive more S-400 systems, with talks focused on financial questions.
The Russian missile system purchase has been a sticking point between Turkey and the U.S. for some time, as Washington has argued that the S-400 system would be incompatible with NATO systems and would expose its advanced fifth-generation F-35 jet to possible Russian subterfuge.
Turkey, however, emphasized that the S-400 would not be integrated into NATO systems and would pose no threat to the alliance, rejecting calls to back out of the deal. Ankara also stressed it was the U.S.' refusal to sell it Patriots that led it to need to seek out other sellers, adding that Russia offered it a better deal, including technology transfers.
Turkey even proposed setting up a commission to clarify any technical issues. But the U.S. has so far not responded to this proposal.
The acquisition of the Russian system prompted the Trump administration to remove Turkey from the F-35 fifth-generation joint strike fighter program, in which Ankara was formerly a major buyer and manufacturer, in July. Tensions deepened after that month, in which Turkey received its first shipment of the Russian equipment. Washington warned it would impose sanctions beyond removing Turkey from the F-35 program.
The Ankara-Moscow S-400 deal was inked in December 2017, when the parties signed a $2.5-billion agreement for two batteries of the S-400, which is Russia's most advanced long-range anti-aircraft missile system in use since 2007.
The deliveries of the S-400s began in July and were completed in mid-September.
President Recep Tayyip Erdoğan said the systems would be fully deployed in April 2020.
Last Update: Dec 20, 2019 2:04 am
RELATED TOPICS