NATO summit statement highlights terrorism as threat for all members 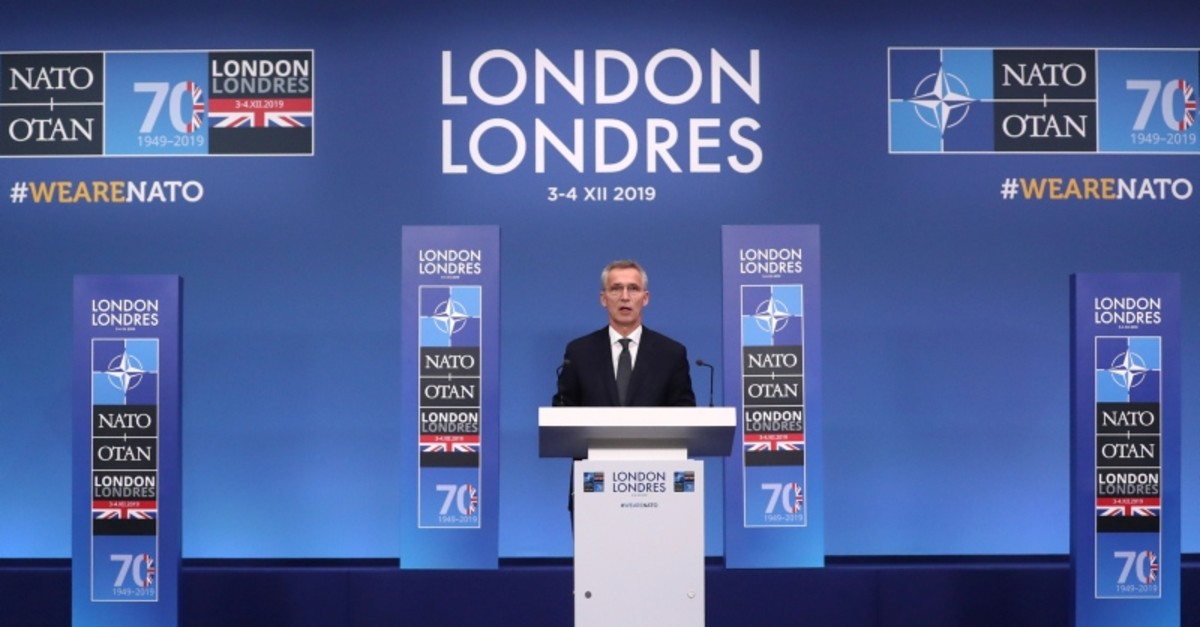 The leaders of the NATO military alliance issued a joint statement on Wednesday reaffirming their bond despite fierce disputes over spending and strategy in the run up to their summit, while the Lithuanian president's office claimed Turkey agreed to approve NATO defense plans for Baltic countries.

"To stay secure, we must look to the future together," the joint statement said, acknowledging the "challenges" presented by a rising China and vowing "stronger action" against terrorism.

NATO leaders have approved new defense plans for Poland and the Baltic states, says NATO Secretary-General Jens Stoltenberg, after Turkey threatened to block the move if allies do not recognize the terrorist threat it perceives from the PKK-linked People's Protection Units (YPG).

"Today we have agreed to the updated plan for the Baltic countries and Poland," Stoltenberg says following an anniversary summit of NATO leaders, without specifying how Turkish Prime Minister Recep Tayyip Erdoğan was brought on board.

"It's well known that there are different views among NATO allies on how to designate YPG," Stoltenberg said.

The alliance reaffirmed "our solemn commitment as enshrined in Article 5 of the Washington Treaty that an attack against one Ally shall be considered an attack against us all," referring to NATO's founding document.

The remarks came as part of the final declaration of this week's NATO 70th anniversary summit held in London.

The alliance said the summit was held "to celebrate seventy years of the strongest and most successful Alliance in history and mark the thirtieth anniversary of the fall of the Iron Curtain."

The declaration said NATO "guarantees the security of our territory and our one billion citizens, our freedom, and the values we share, including democracy, individual liberty, human rights, and the rule of law."