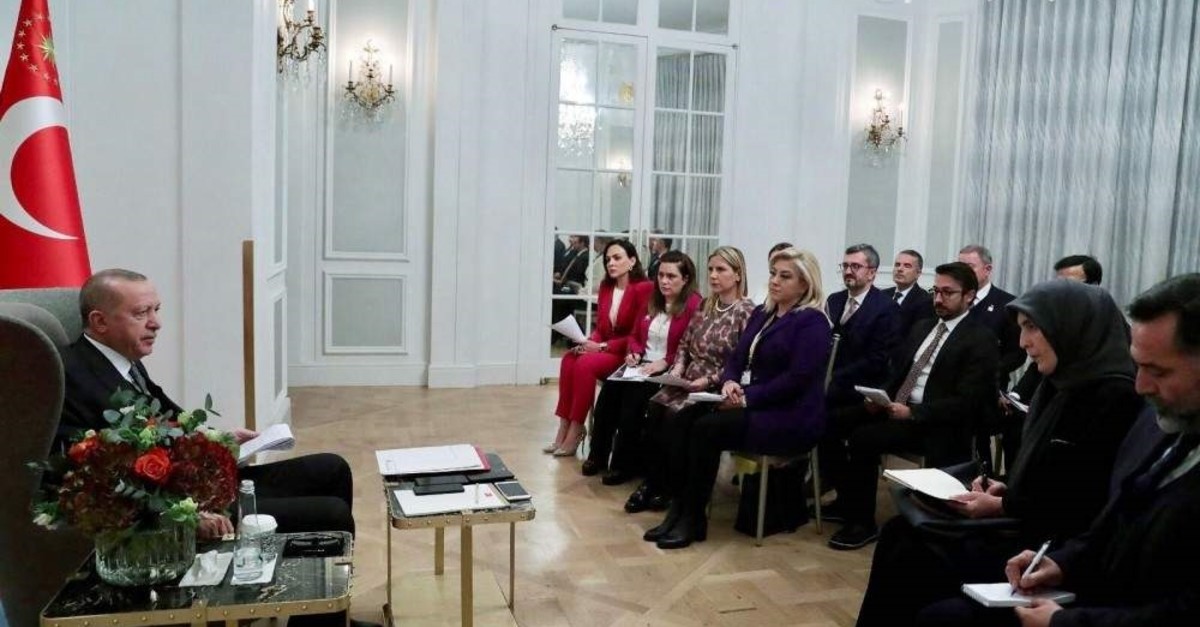 President Recep Tayyip Erdou011fan with the journalists accompanying him during his visit to London for NATO summit, on Thursday, in London.
by Nur Özkan Erbay Dec 05, 2019 3:22 pm

Turkey expects more serious steps from its NATO allies in its fight against several terrorist groups in a volatile region, President Erdoğan says