US to continue pursuing dialogue with Turkey over S-400s, defense official says 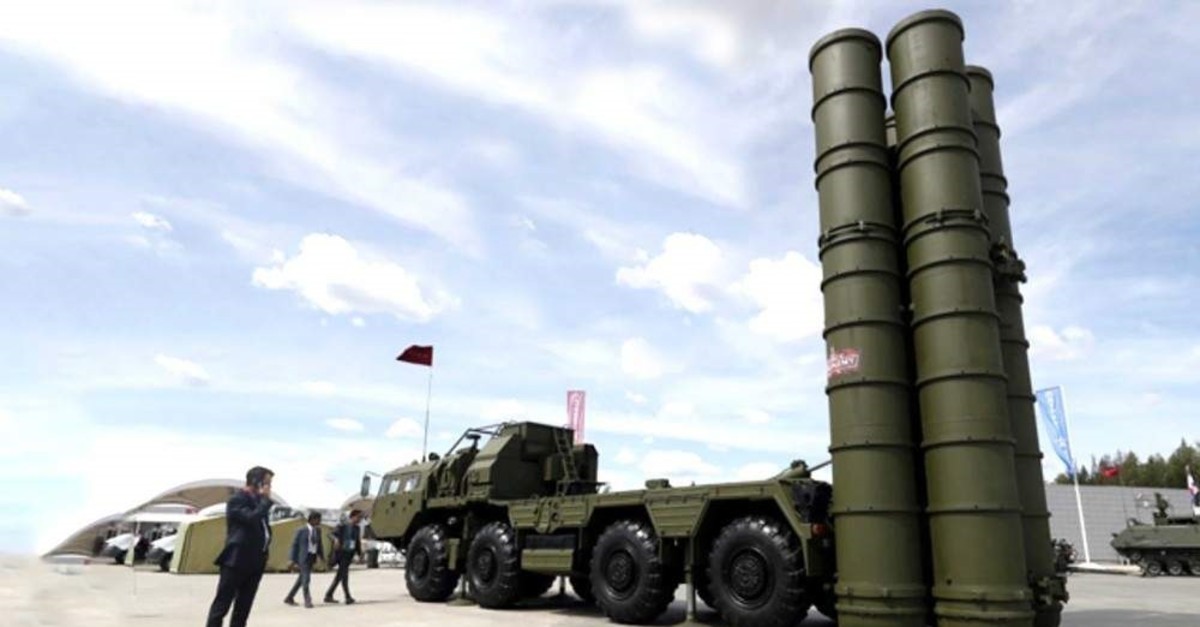 The U.S. will continue to engage in dialogue with Turkey to convince it to give up the Russian-made S-400 missile defense system, Under Secretary of Defense for Policy John Rood said Wednesday.

The S-400 system has been a sticking point between Turkey and the U.S. for some time now. Washington has argued that it would be incompatible with NATO systems and would expose its advanced fifth-generation F-35 jets to possible Russian subterfuge.

Turkey, however, has rejected calls to back out of the deal, emphasizing that the S-400 would not be integrated into NATO systems and would therefore pose no threat to the alliance.
Ankara also pointed out that the U.S. decision against selling Patriots led Turkey to seek out other sellers, adding that Russia offered it a better deal, including technology transfers.

Turkey even proposed setting up a commission to clarify any technical issues. But the U.S. has so far not responded to the proposal.

The acquisition of the Russian system prompted the Trump administration to remove Turkey from the F-35 Joint Strike Fighter program in July. Ankara was formerly a major buyer and manufacturer in the program.
Tensions deepened in the following months, especially after Turkey received its first shipment of the Russian equipment. Washington warned it would impose sanctions beyond removing Turkey from the F-35 program.

The Ankara-Moscow S-400 deal was inked in December 2017, when the parties signed a $2.5-billion agreement for two batteries of the S-400, which is Russia's most advanced long-range anti-aircraft missile system, in use since 2007.

The deliveries of the S-400s began in July and were completed in mid-September.

President Recep Tayyip Erdoğan said the systems would be fully deployed by April 2020.

Recent reports citing the head of Russian state arms exporter Rosoboronexport claimed that Turkey and Russia may sign a new S-400 deal soon, as Moscow hopes to seal a deal to supply Turkey with more S-400 missile systems in the first half of next year.

He continued by saying that Turkey is a “valuable NATO ally.”

Meanwhile, Rood also touched upon Turkey’s fight against the PKK’s Syrian offshoot, the People’s Protection Units (YPG), and said that the U.S. expects the country to be “more constructive” in some plans.

Relations between the U.S. and the PKK's Syrian affiliates have long been a worry for Turkey as the terrorist group's presence on the Turkish border threatens and disrupts the country's national security.

During the fight against Daesh, the U.S. opted to partner with the YPG despite its NATO ally's security concerns and provided truckloads of weapons to the terrorist group. Some 22,000 truckloads of arms and ammunition have been given to the YPG so far. Some of the arms include cruise missiles, anti-tank guided missiles (ATGMs) and shoulder-launched surface-to-air missiles (MANPADS).

The delivery of arms and equipment to the YPG, a matter that is still poisoning bilateral relations between the two NATO allies, began in 2014 and intensified in subsequent years.

The presence of these weapons has caused concern in Ankara, with Turkish officials pointing out that it is actively threatening the fragile stability and peace in parts of northern Syria liberated from Daesh during Operation Euphrates Shield and Operation Olive Branch.

There are also other serious possible threats, including the possibility of the transfer of these U.S.-made weapons to PKK terrorists in southeast Turkey through the border controlled by the YPG.