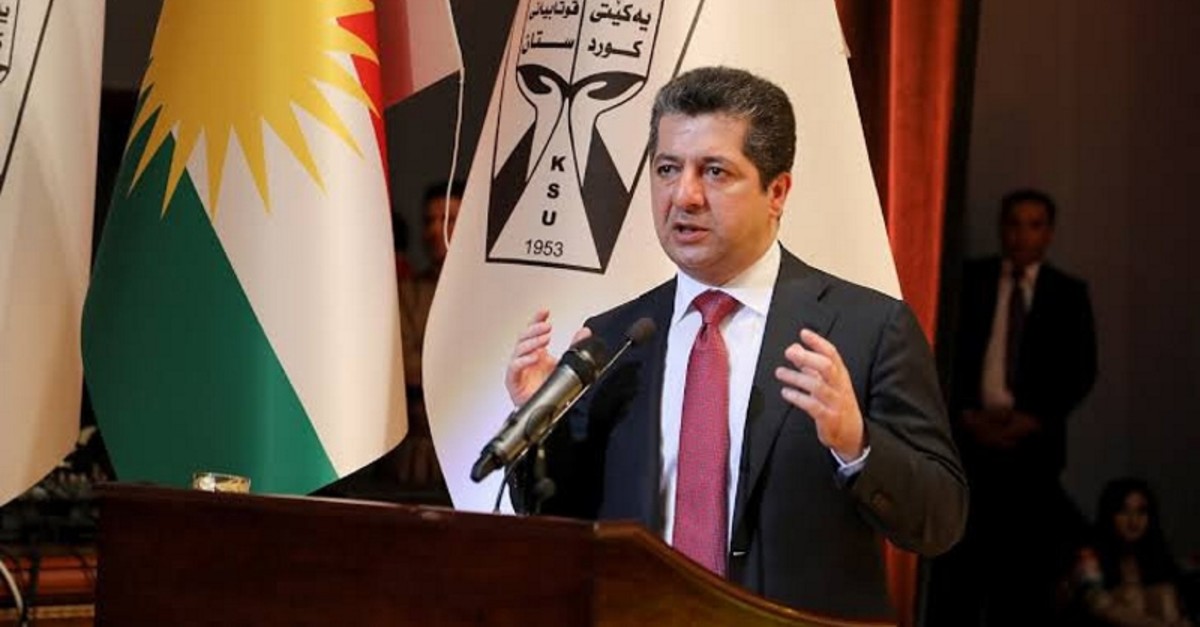 |Sabah Photo
by Anadolu Agency Dec 08, 2019 2:00 pm
The Prime Minister of Iraq's Kurdish Regional Government (KRG) said Saturday his government sought to establish a balanced relationship based on peace with neighboring countries.
Barzani was on a television program in Irbil to explain what his government has done in the first 100 days since forming a government, outlining work based on normalizing relations with Iraq's central government. He said his government was involved in negotiations with Baghdad regarding four main issues.
"We are working on a fair portioning out of the Iraqi budget with the KRG, protecting the KRG's rights over oil and natural gas in line with the Iraqi Constitution, a resolution over the disputed regions within the framework of the constitution and an acceptance of Peshmerga forces within Iraq's defense," he said.
"We aim to establish a balanced relationship based on peace with neighboring countries and to represent a source of trust for the international community," he added.
Last Update: Dec 20, 2019 2:13 am
RELATED TOPICS