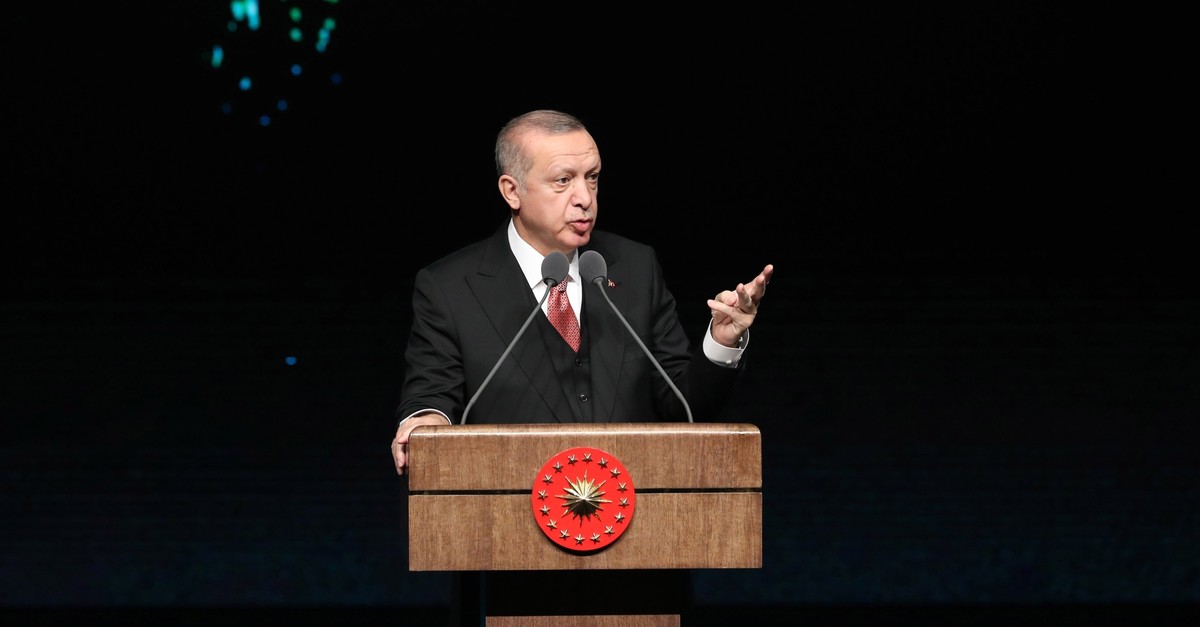 In a message on the occasion of Human Rights Day on Dec. 10, Erdoğan said: "Giving the Nobel Prize in Literature to a racist, who denies the genocide in Bosnia-Herzegovina and defends war criminals, on Dec. 10, Human Rights Day, have no other meaning than awarding human rights violations."

Handke is widely known as a denier of the 1992-1995 Bosnian genocide, the worst mass killing in Europe since World War II. He has also defended war criminals like Slobodan Milosevic in his works.

He was an opponent of NATO airstrikes on Serbia during the Kosovo War in the late 1990s and spoke at Milosevic's funeral in 2006.

The president also touched upon the issue during a youth conference in Ankara Tuesday. He said several Turkish figures, with links to terrorist groups, have been awarded with prizes in Western countries.

However, when Erdoğan suddenly switched from the Handke debate, many opposition figures claimed that the president was referring to renowned novelist Orhan Pamuk, the recipient of the Nobel Prize in Literature in 2006.

Pamuk, an active supporter of the ruling Justice and Development Party's (AK Party) reform agenda in the early 2000s, has taken a dissident stance over the last couple of years.

The Presidential Communications Director Fahrettin Altun dismissed the claims that Erdoğan referred to Pamuk as a "terrorist."

"Our president has actually meant people that were nominated for Nobel Prizes or awarded by other international organizations despite their ideologically hostile stances against Turkey and known terrorist activities," Altun said.

He added that the president underlined the hypocrisy of European institutions in awarding racism and terrorism based on ideology.

"A writer who supported Milosevic and his genocide in Bosnia-Herzegovina and Kosovo does not deserve the Nobel Prize," he added.

Meanwhile, marking the 71st anniversary of the U.N. Universal Declaration of Human Rights, Erdoğan said 2019 has seen the violation of rights outlined in the declaration, as innocent people are persecuted because of their religion.

Erdoğan referred to the mosque attack in Christchurch, the church attack in Sri Lanka and the synagogue attack in California, saying they are indicators of the gloomy situation displaying the level of cultural racism, intolerance and anti-Muslim sentiment.

He criticized politicians who exploit Islamophobia to garner votes and media outlets that normalize hate speech under the name of freedom of expression.

Erdoğan also criticized the international community for turning a deaf ear to the cries of the Syrian people during the nine-year crisis, which has affected millions of people.

Highlighting Turkey's determination to uphold justice and protect the rights of the oppressed, Erdoğan said the country will continue to ensure the rights guaranteed under the declaration and has taken a series of initiatives in this regard.

"Our New Judicial Reform Strategy was announced in 2019. The first package of the strategy has been legislated, and we have expedited our work for the Human Rights Action Plan," Erdoğan said, adding that Turkey will continue to carry out democratic reforms inspired by the people-focused state tradition to ensure fundamental rights.