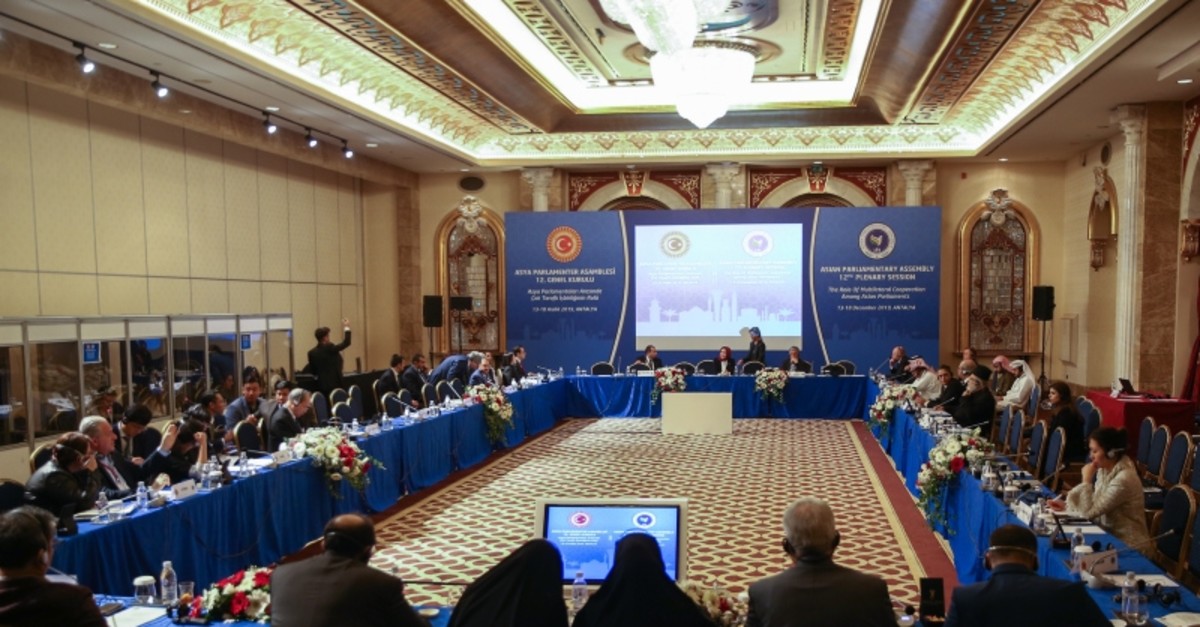 |AA
by Daily Sabah with AA Dec 17, 2019 2:35 pm
Turkey will chair the Asian Parliamentary Assembly (APA) for another two years, the assembly announced Monday.
The announcement came during the 12th APA Plenary meeting that ended in Turkey's Mediterranean resort city of Antalya.
Turkey will serve as the term president in 2020-2021.
The meeting was attended by delegations from parliaments of 42 APA members and 16 observer countries.
As well, during the meeting member countries filed their requests to assume 2022-2023 presidency.
The APA, formed as a continuation of the Association of Asian Parliaments for Peace (AAPP), was established in 2006 with 58 members, including 42 full members and 16 observers. The number of seats allocated to each member is based on the size of the country's population. Turkey sends five deputies to the assembly every year, which currently has a total of 206 seats.
Turkey was elected APA term president in 2017 in a meeting held in Cambodia. The country has taken an active role in the organization, which has recognized the Gülenist Terror Group (FETÖ) as a terrorist organization.
Turkey's increasing role is considered to be the fruit of its growing interest in Asia and the demand to increase both diplomatic and commercial ties with Asian countries.
Last Update: Dec 20, 2019 2:28 am
RELATED TOPICS