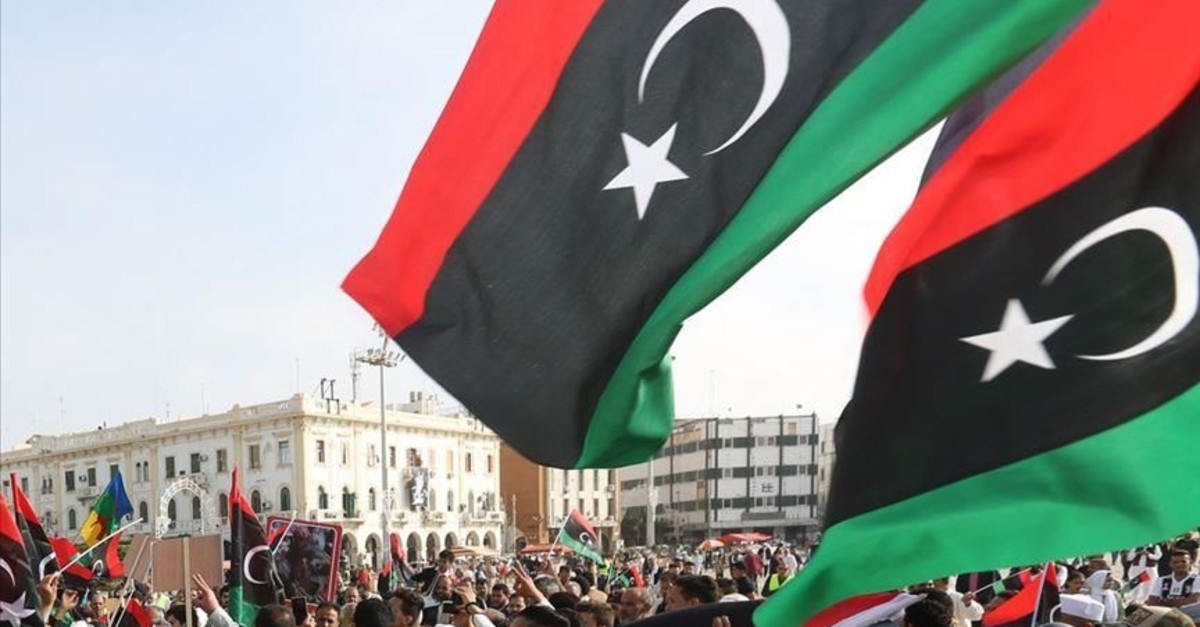 |AA Photo
by Daily Sabah with AA Dec 22, 2019 5:50 pm
Libya's House of Representatives and the Libyan Scholars Association announced support for the maritime and military deals signed between Turkey and Libya.

The House of Representatives welcomed the implementation of the deal that was approved by Libya's Cabinet, it said in a statement on Saturday. During an extraordinary meeting to discuss Khalifa Haftar's airstrikes in Tripoli over the weekend, the Libyan Scholars Association stressed the necessity of implementing the deal. Military forces and political institutions in Zintan also announced support for the Turkey-Libya maritime and security deals.

On Nov. 27, Ankara and Tripoli reached two separate memoranda of understanding, one on military cooperation and the other on maritime boundaries between the countries in the Eastern Mediterranean.

Following the military cooperation deal, President Recep Tayyip Erdoğan said Ankara would consider sending troops to Libya if Tripoli made such a request. The deal allows Turkey to provide military training and equipment at the request of the Libyan government in control of the capital, Tripoli, and parts of the country's west.

Since the ousting and death of the country's longtime dictator, Moammar Gadhafi in 2011, two seats of power have emerged in Libya. Turkey and Qatar, as well as Italy, have been allied with Sarraj's government based in Tripoli, while Khalifa Haftar, who commands forces based in eastern Libya, is backed by France, Russia and key Arab countries, including Egypt, the United Arab Emirates and Saudi Arabia.

On April 4, Hafter's forces launched an offensive to capture the capital Tripoli from the Government of National Accord (GNA). Haftar's April push made early gains but has since stalled at the edge of the capital in a bloody stalemate.

According to the latest U.N. figures Friday, the fighting has left at least 284 civilians dead and 363 wounded since the April 4. launch of a conflict that has forced more than 140,000 Libyans to flee their homes. Following the GNA's announcement regarding Turkey, the United Nations' mission in Libya, UNSMIL, renewed its call for a political solution to the conflict.
RELATED TOPICS