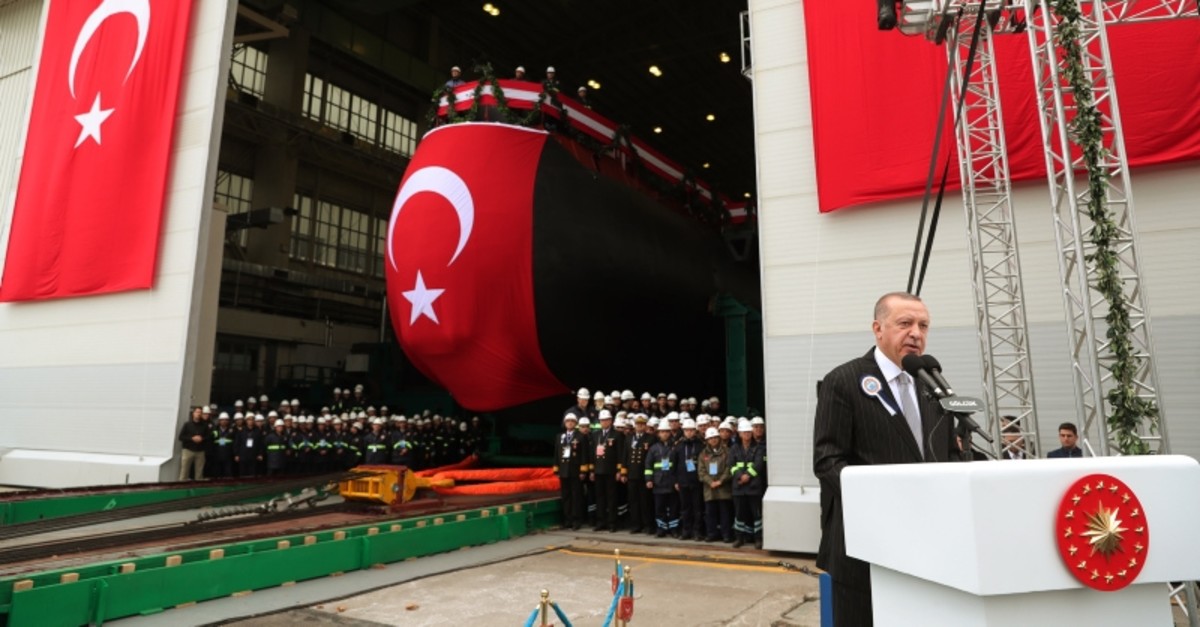 Turkey is determined to protect its interests in the Eastern Mediterranean and will continue to facilitate all means possible in this regard as per international law and agreements, President Recep Tayyip Erdoğan said Sunday.

"Greece and its partner countries have been trying to block Turkey's sea access from all directions, but Turkey will continue to maintain access to the Eastern Mediterranean through initiatives such as the Maritime Accord with Libya and the Turkish Republic of Northern Cyprus (TRNC)," Erdoğan said, referring to Egypt and Israel, which support Greece against Turkey.

He continued by saying that the aforementioned countries would not allow Turkey to have shores to swim from or coast to fish from. He noted that these countries hold grudges against Turkey and the Turkish people, but the country has the ability, the willpower and opportunities to protect its rights and interests.

The president reiterated once again that the Maritime Accord recently signed with the internationally recognized government in Libya is in line with international law, but those who oppose it have no concern about rights, justice, ethics or fairness.

"We have no intentions to provoke a quarrel out of nowhere, or entrench upon anyone's rights," Erdoğan said, noting that Turkey's main goal is to protect its interests.

"Turkey will shore up the military aspect of its pledge of support for Libya if needed. We will not renege on the steps we have taken in Syria or the agreement we have forged with Libya," the president said.

Turkey has long been fighting to eradicate the presence of terrorist groups in the region, conducting three cross-border operations in northern Syria – Operation Olive Branch, Euphrates Shield and most recently Peace Spring.

He also responded to criticism about Turkey's presence in Libya, saying that the relations between the two countries go back centuries.

On Nov. 27, Turkey and Libya's Tripoli-based Government of National Accord (GNA) signed the bilateral memorandum after a meeting between President Recep Tayyip Erdoğan and GNA head Fayez Al Sarraj, took place in Istanbul. The deal enables Turkey to secure its rights in the Mediterranean while preventing any fait accompli maneuvers by other regional states.

According to the U.N. Convention on the Law of the Sea, while a country is able to stretch its territorial waters only 12 nautical miles out to sea, when it comes to the exclusive economic zone, where it has the rights to fishing, mining and drilling, the area can extend for an additional 200 miles. However, if the maritime distance between the two countries is less than 424 miles, a bilateral deal is needed to determine a mutually agreed-upon dividing line for their respective exclusive economic zones. Turkey has the longest shoreline in the Eastern Mediterranean, making it a natural candidate for seeking reserves in the region in accordance with international law. The presence of the Turkish Cypriot government in Northern Cyprus also strengthens Turkey's hand as the country defends the rights of Turkish Cypriots in the region and insists that their consent is needed for any type of drilling activities.