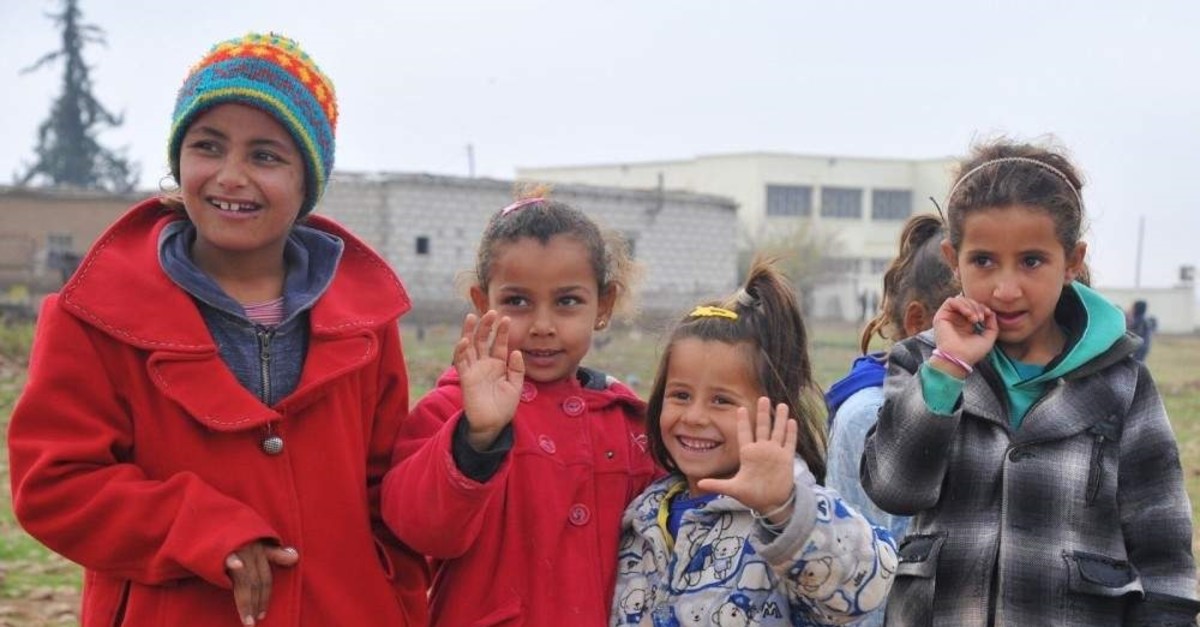 "Soil is being cultivated, crops are being planted, children are able to attend school without fear of terrorism. Life in the area covered by Operation Peace Spring is getting better day by day," the ministry said on Twitter, referring to Turkey's anti-terror operation in the area.

In the video, a Syrian child can be seen thanking Turkey for returning peace to their hometown.

"I wake up in the morning and go to school. When I come home, I help my family by shepherding. We are thankful to the Turkish army," he said.

A man seen on the video said: "We plowed the field, we sowed the wheat, then rain poured down. We plowed the field and planted the seeds. We will also plant barley. Our electricity, water, everything is back on. We are grateful now, thank God."

Since Turkey liberated Tal Abyad and Ras al-Ayn from terrorist elements, Turkey has accelerated efforts to ensure stability in the region by meeting the basic needs of war-weary locals, including those in rural areas.

Since the area was liberated, locals have gradually felt able to return, while humanitarian aid is being provided with the help of the Turkish Armed Forces and the Turkish Red Crescent. Thousands of people have been given food and hygiene products and hundreds of others have been provided with medical checkups.

Many schools were also discovered to have been converted into military bases by the PKK-affiliated YPG, with some even marking the site of tunnels used by the terrorists to escape through. Hence, extensive efforts have been launched to repair and renovate these schools and continue educational activities in the district.

Turkey is also dealing with a power issue which struck the recently liberated area of northern Syria while the YPG was being forced out as a result of the operation.

Since then, Turkey reached agreements with both the U.S. and Russia to force the terrorist YPG/PKK to withdraw from the planned terror-free zone.

In its more than 30-year terror campaign against Turkey, the PKK – listed as a terrorist organization by Turkey, the U.S. and the European Union – has been responsible for the deaths of 40,000 people, including women, children and infants. The YPG is its Syrian offshoot.
RELATED TOPICS