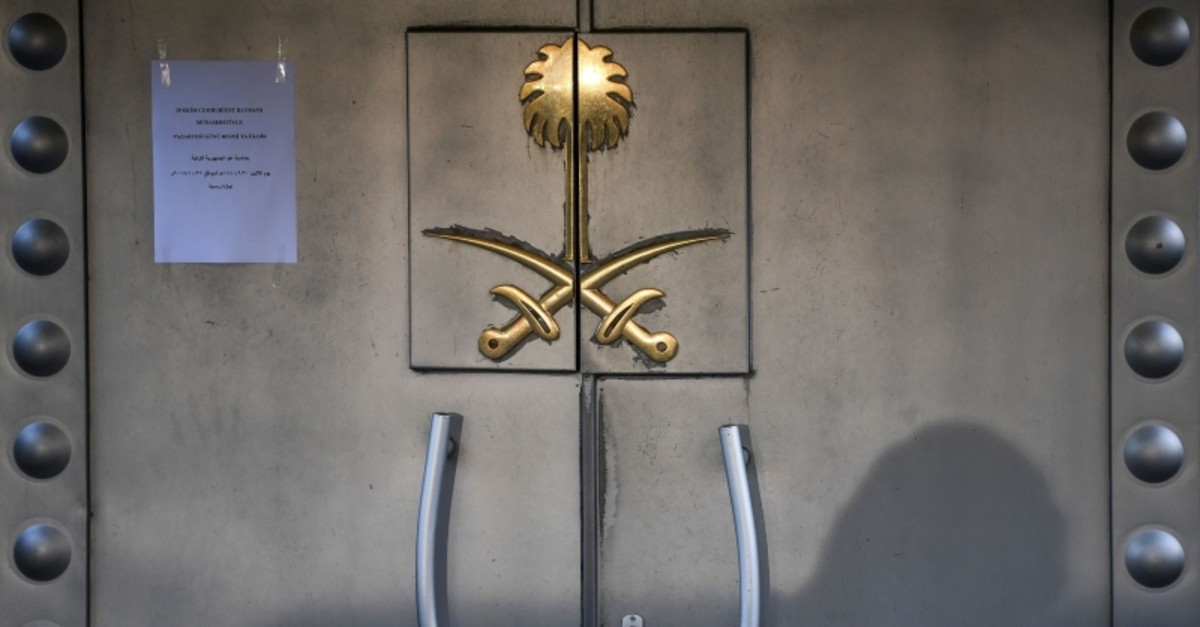 While five of the 11 unnamed individuals indicted in the case were sentenced to death and three more jailed over the killing of Khashoggi. Saud al-Qahtani, a former key counselor to the crown prince, was released without charge along with Ahmed al-Assiri, a high-ranking adviser close to the royal court and former deputy intelligence chief, and Mohammad al-Otaibi, Saudi Arabia's consul general in Istanbul at the time of the killing. They were released without charge due to a lack of evidence, according to the prosecutor’s statement. Based on the audio recordings of the horrifying conversations between the 15-man Saudi hit squad and Jamal Khashoggi recorded prior to and during the murder, al-Otaibi was present in the building. His phone call with an official from the office of Saud al-Qahtani revealed in detail the plans and preparations made between the Saudi Consulate in Istanbul and the Riyadh administration. The recordings are proof that the murder of Khashoggi was not done without the consent of the Saudi crown prince.

Khashoggi was killed and dismembered by a group of Saudi operatives in the country's consulate in Istanbul on Oct. 2, 2018. Initially denying and later downplaying the incident as an accidental killing in a fistfight, Riyadh finally admitted almost three weeks after the disappearance that Khashoggi was murdered in a premeditated fashion but denied any involvement of the royal family. The incident was blamed on lower-level officials, including five who were sentenced to the death among the 21 involved in the case. Ankara has said the statement is not satisfactory and demanded genuine cooperation from Riyadh. Khashoggi's body has not been recovered and the kingdom has remained silent on its whereabouts. According to the book "Diplomatic Atrocity: The dark secrets of the Khashoggi murder," penned by Sabah writers Abdurrahman Şimşek, Nazif Karaman and Ferhat Ünlü, Khashoggi's body was dismembered and taken out of the building in five suitcases.

The U.N. special rapporteur on extrajudicial killings, Agnes Callamard, slammed the trial as a "mockery,” saying: “The masterminds not only walk free. They have barely been touched by the investigation and the trial. That is the antithesis of justice.” Callamard, who investigated Khashoggi's murder, also said: "Impunity for the killing of a journalist commonly reveals political repression, corruption, abuse of power, propaganda, and even international complicity. All are present in #SaudiArabia." She said there should have been an investigation to identify the masterminds, "as well as those who incited, allowed or turned a blind eye to the murder, such as the crown prince," referring to MBS.

Callamard said in a report in August that the state of Saudi Arabia was responsible for the murder. The report also found "credible evidence" that linked Saudi Crown Prince Mohammed bin Salman to the killing of Khashoggi. The rapporteur noted she had received no cooperation from Riyadh and minimal help from the U.S.

Turkey criticized the verdict, saying it fell short of expectations of shedding light on the killing and delivering justice. The Saudi court’s decision "is far from meeting the expectations of both our country and the international community to shed light on the murder with all its dimensions and deliver justice," the Turkish foreign ministry said in a statement.

The Turkish Arab Media Association also reacted to the decision, saying that it was “aimed at closing the case rather than illuminating it and relieving the conscience of the public. For these reasons, we express that these bogus decisions... are not enough for us, and we reiterate the question that we are constantly asking. Where's Jamal Khashoggi’s body?”

Yasin Aktay, a member of Turkey's ruling Justice and Development Party (AK Party) and a friend of Khashoggi, criticized the verdict, saying the Saudi court had failed to bring the real perpetrators to justice while lamenting that the trial was not transparent. "The prosecutor sentenced five hitmen to death but did not touch those who were behind the five," Aktay told The Associated Press, adding that: "The verdict neither meets the expectations of the public conscience nor the feeling of justice."

The trial began in January and was held over 10 hearings in the Saudi capital Riyadh. However, it has been shrouded in secrecy, raising concerns from international rights groups who have demanded transparency and independent monitoring of the proceedings. Media rights watchdog Reporters without Borders stated that the closed-door trial did not respect internationally recognized principles of justice while underscoring that the sentencing of the five may be "a way to silence them forever and to conceal the truth."