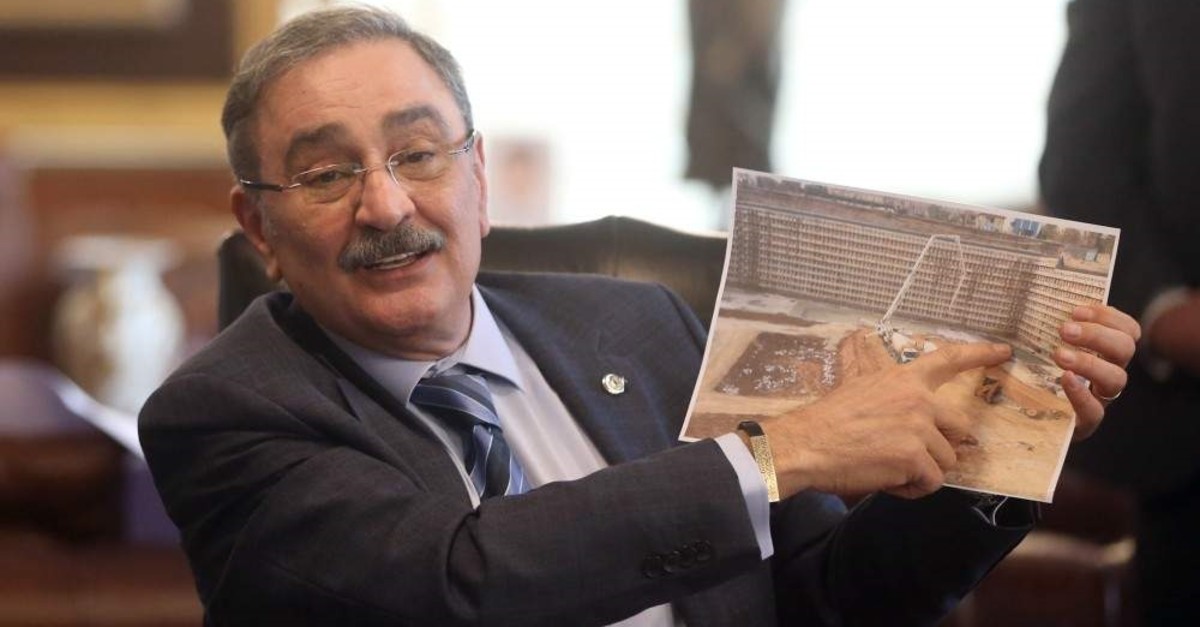 Yavaş, caught in bribe allegations by Aygün, claimed that he requested money from the businessman, who has construction projects in the capital, to build a school.

"He had already pledged to build a 32-classroom school in the old plan notes," Yavaş said.

Aygün claims his construction project "Togo Towers," located on the Eskişehir Highway, was halted and sealed after he turned down the request of Yavaş-linked councilors who asked for a TL 25 million bribe to proceed with the project.

Meanwhile, ruling Justice and Development Party (AK Party) Spokesman Ömer Çelik said his party will not comment on the issue as it does not involve the party.

"The CHP administration is the one that needs to make a detailed statement regarding the matter," Çelik told reporters Monday, adding that the AK Party is watching developments related to the issue.

Aygün's towers were constructed on a 12,082-square-meter plot of land in Ankara. He said he owned 2,722 square meters of the land and combined it with a plot of land belonging to a shoe factory. He claimed the land modifications were made in line with the Ministry of Environment and Urban Planning but there had been some issues that were later resolved at the municipal level. He strongly rejected claims that one of the partners of the project was a member of FETÖ, saying that he has suffered the most from the terrorist group.

He told reporters that he had recordings of officials asking for bribes, and has filed a criminal charge against Yavaş and the councilors.

His construction project was paused but re-launched following a decision by an appeals court, and he told Yavaş to take the issue to another appeals court if his administration thought the project violated municipal laws and regulations.

Yavaş has filed a charge against Aygün for aiding, abetting and financing a terrorist organization.

The controversy between Aygün and Yavaş is not the first feud between CHP members in recent times. The CHP has been rocked by a number of incidents involving dissenting party figures, who have either resigned from the party or been fired by the administration.

Yavaş was previously criticized for failing to properly address forgery allegations lodged against him prior to the local elections. He was sued for attempting to collect a $600,000 check, which he received as a trustee. It has been said that if Yavaş were convicted, he would no longer be able to serve as mayor.

Yavaş was elected mayor of Ankara Metropolitan Municipality in the March 31 local elections in Turkey.