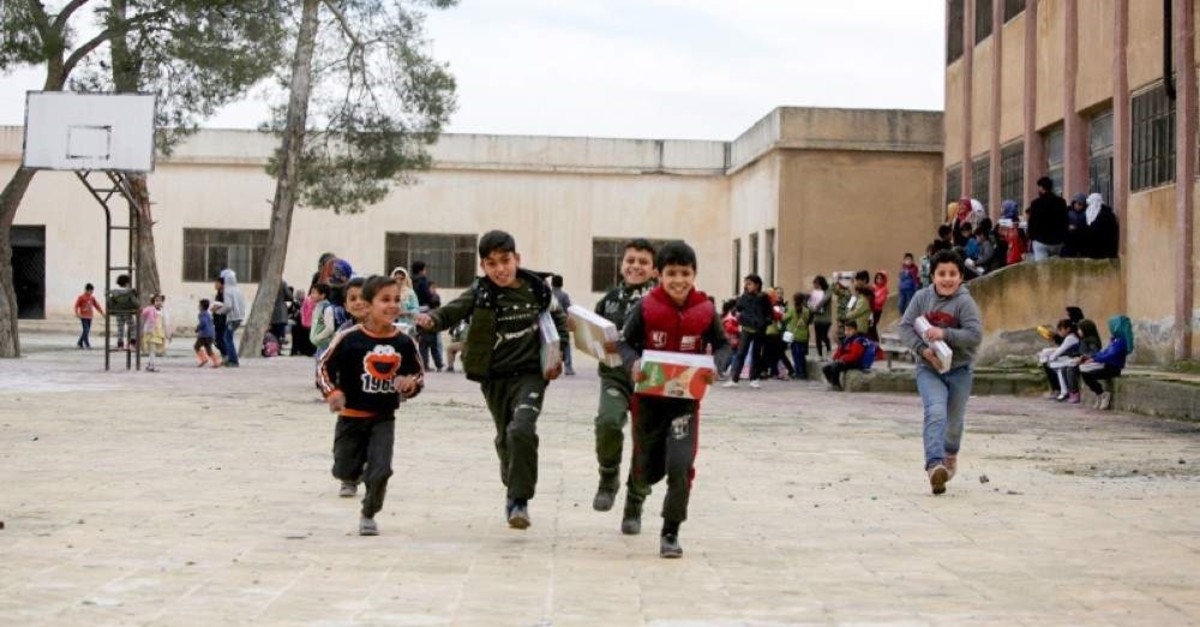 With the support of the governorship of the southeastern province of Şanlıurfa, textbooks were provided to 300 students on Monday in the recently liberated northern Syrian town of Tal Abyad. The region was freed from the YPG during the Turkish Operation Peace Spring.

The books were printed in accordance with the curriculum prepared by the Syrian provisional government and distribution has been launched in the area of Operation Peace Spring. In the first phase, Şanlurfa's governorship delivered textbooks to primary and secondary students at Sabbag School in Tal Abyad's district center.

In total, 3,000 students in the town will be provided with textbooks in a short period of time.

Tal Abyad's head of educational issues, Mahir Muhammad, told a correspondent of Anadolu Agency that they are still working to remove the traces of terrorism from the schools.

Ten-year-old Sabah Muhammed who received his books said, "I will study hard and hope I will teach children when I grow up."

"I'll cover my textbooks with my father and make sure that they don't get harmed. I will go to school every day. When I grow up I will become a dentist and treat children," he said.

Four schools have been reconstructed with the support of Turkey and currently provide education to the children in the province.

Turkey launched Operation Peace Spring, the third in a series of cross-border anti-terror operations in northern Syria, targeting terrorists affiliated with Daesh and the YPG on Oct. 9.

Tal Abyad was cleared of terrorists as part of Operation Peace Spring on Oct. 13. Since then, locals have gradually returned with humanitarian aid being provided with the help of the Turkish Armed Forces (TSK) and the Turkish Red Crescent.