Turkey plans to establish naval base in Cyprus 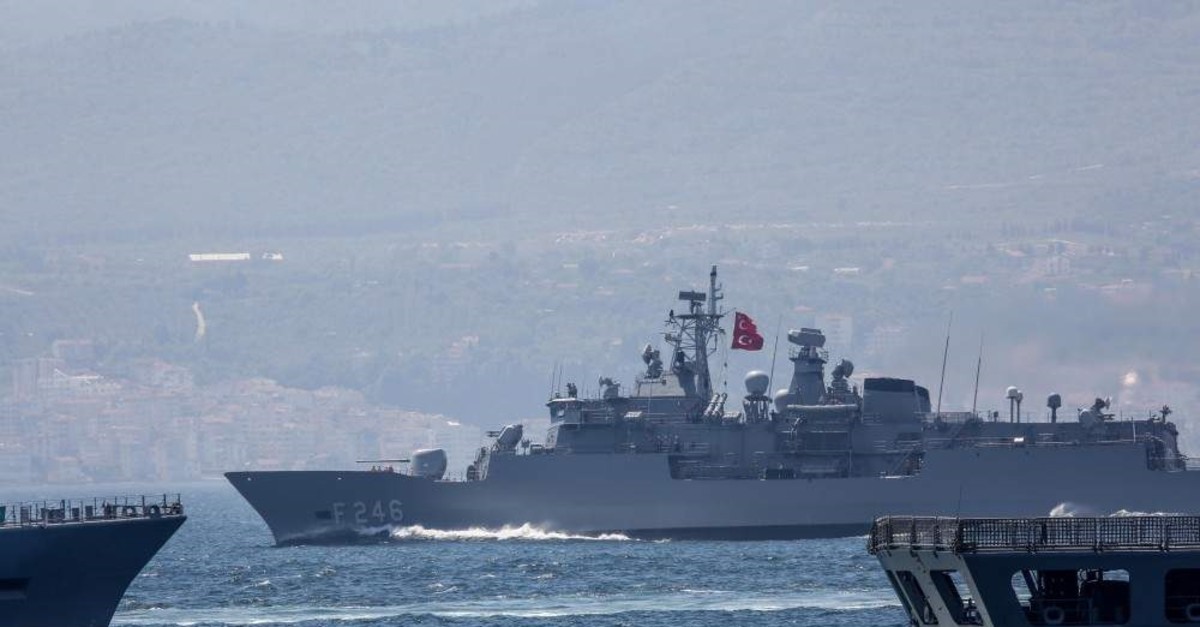 | Sabah File Photo
by Daily Sabah Dec 25, 2019 10:55 am
Turkey may establish a naval base in the Turkish Republic of Northern Cyprus (TRNC) as a group of experts are surveying the area to determine the location of such a base, reported the Milliyet daily Wednesday.

The plans to establish a naval base follow the TRNC's approval of the use of Geçitkale Airport as a base for Turkey's unmanned aerial vehicles (UAV) operating in Eastern Mediterranean, over a request by Ankara.

The Turkish team of experts, which consists of members of the Turkish Armed Forces, are surveying Gazimağusa (Famagusta), an area 35 to 40 kilometers away from İskele Strait, the report said.

The plans include the construction of new military quarters and naval facilities, but it does not include an ammunition store, the Turkish military forces in Northern Cyprus reportedly told the TRNC Office of the Prime Minister.

While Turkey currently uses the Aksaz Naval Base Command in Marmaris, which is the closest naval base in the region, the establishment of a smaller and closer naval base on Cyprus would speed up the activities and logistics.

A naval base on the island is also expected to boost the rapid deployment force of the vessels and speed up their maintenance, repair and supply support while allowing long-term deployment of naval and air elements.

President Recep Tayyip Erdoğan had signaled in September 2018 that Turkey might establish a naval base on the island if necessary.

TRNC Prime Minister Ersin Tatar told DHA that Geçitkale Airport had been given to the use of Turkish Cypriot Peace Forces Command as of Friday, adding Turkey and TRNC will continue their powerful cooperation both on the table and on the field.

Turkey was previously using the Dalaman airport in southern Turkey's Muğla province for the flight of UAVs.

Turkey and Libya signed two separate deals last month following a meeting between President Recep Tayyip Erdoğan and the head of the Presidential Council of Libya's U.N.-backed Government of National Accord (GNA), Fayez al-Sarraj, which took place in Istanbul. One of the deals was critically important, as it enabled Turkey to secure both its own and the TRNC's rights in the Mediterranean while preventing any fait accompli actions from other regional states.

Turkey's intervention as a guarantor power in 1974 stopped yearslong persecution and violence against Turkish Cypriots by ultranationalist Greek Cypriots. The TRNC was founded in 1983.
RELATED TOPICS