Another protesting family reunites with daughter abducted by PKK 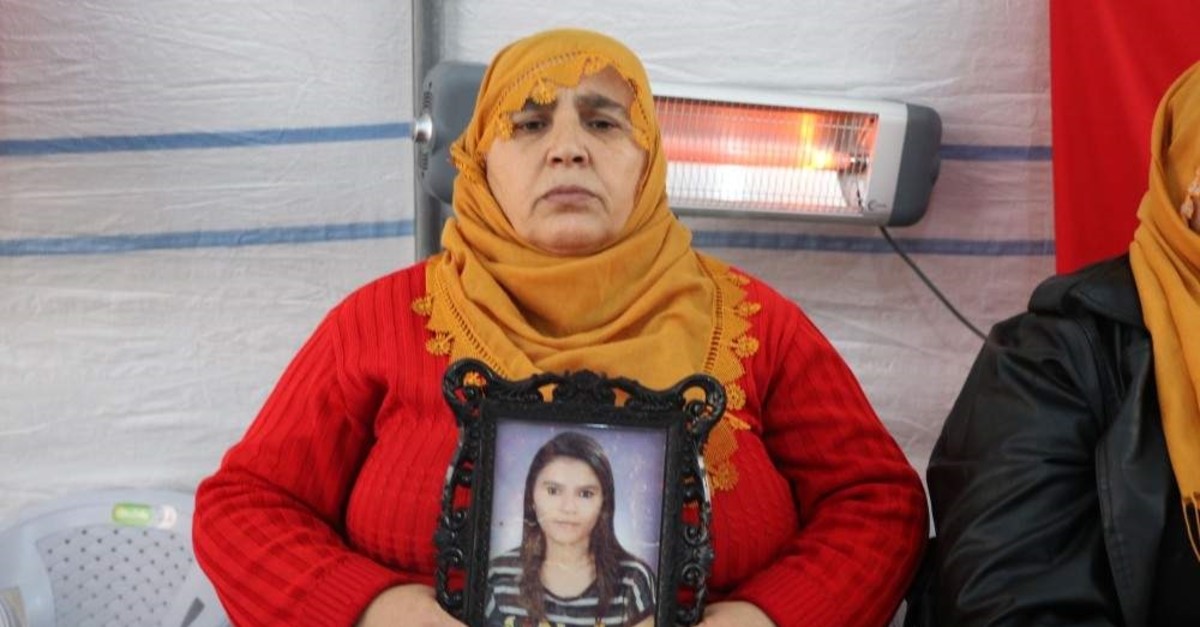 A PKK terrorist whose family has been protesting in front of the pro-PKK Peoples' Democratic Party (HDP) headquarters in Diyarbakır was brought to Turkey after surrendering to security forces in Iraq, Interior Minister Süleyman Soylu said Wednesday.

Soylu called the Kaya family to inform them that their daughter Mekiye Kaya fled the terrorist organization's camp in northern Iraq and surrendered to the Kurdish Regional Government (KRG) security forces in Irbil on Dec. 21. She was brought to Turkey through Şırnak's Silopi district and will be able to meet with her family on Thursday, Soylu told her mother Hüsniye Kaya.

Euphoric about the news, Hüsniye Kaya thanked the authorities for bringing her daughter back.

"I thank everyone, President Recep Tayyip Erdoğan and our Interior Minister Süleyman Soylu for their efforts," Kaya told the Demirören News Agency (DHA).

Mekiye Kaya was abducted by the PKK terrorists five years ago at the age of 14. She was initially brought to Syria, then to the terrorist group's camps in northern Iraq.

The Kaya family had been participating in the sit-in protest in front of the HDP headquarters in Diyarbakır since Sept. 8.

The sit-in has been ongoing since Sept. 3. Initially, a lone mother, Hacire Akar, started the protest in front of the offices of the HDP in Diyarbakır in September. Akar wanted her 21-year-old son Mehmet Akar, who had been missing for three days after he was abducted by the PKK terrorist group, to be returned to her. Following her sit-in, and with the help of security forces in Diyarbakır, Akar was finally reunited with her son.

The protests have been largely successful with many teenagers returning to their families.

Cafer Ceylan, who was kidnapped four years ago when he was 15 years old, reunited with his family earlier this month after he learned that his mother had taken part in the sit-in.

They are treated well, allowed to contact their families and given access to a lawyer. The judicial process will be held.

Nongovernmental organization representatives were also present at the protest and pointed out that abducting a child for war and conflict falls under the U.N.'s category of crimes against humanity. Blaming the HDP for being indifferent to the fact that children are being handed guns and trained for war, the protesters voiced their anger and asked for the government's help.