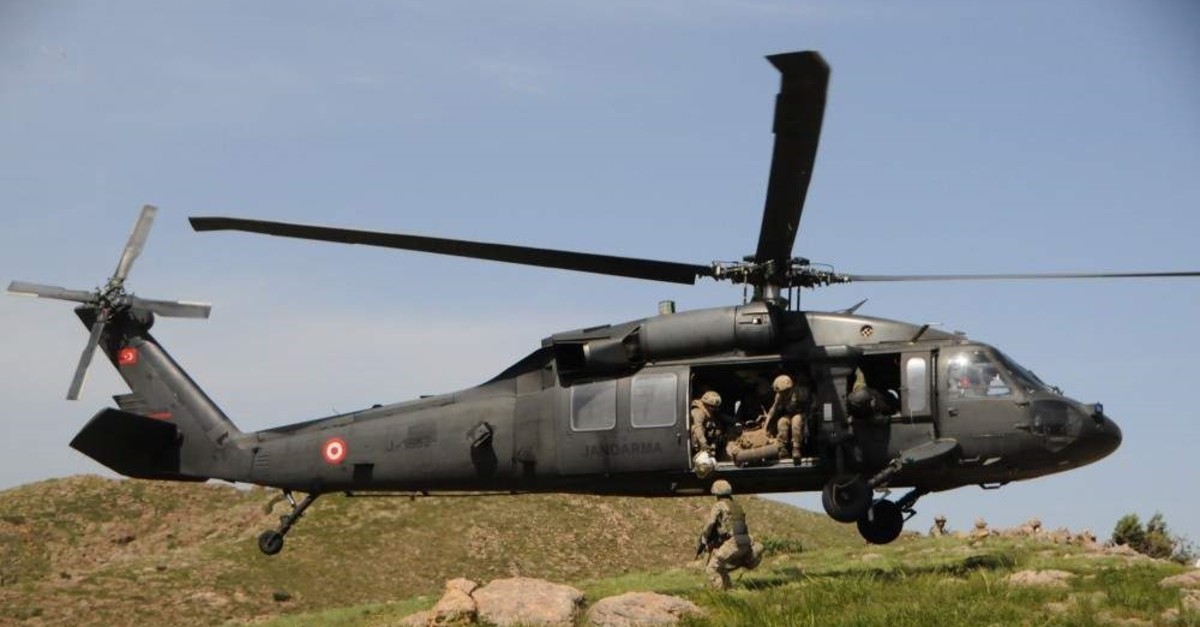 Turkish forces have found Russian man-portable air-defense systems (MANPADS) in PKK hideouts in northern Iraq which may pose a threat to Turkish helicopters operating in the area, a report said Friday.
The SA-18 Grouse (9K38 Igla) MANPADS could be a threat to Turkish helicopters that provide air-support during counterterrorism operations in the area, Defense Policy Analyst Turan Oğuz told the Turkish language daily, Yenişafak.

“These MANPADS pose a threat to our ATAK and Sikorsky helicopters. However, this doesn't mean the military should not use helicopters," Oğuz said.
"Instead, intelligence units will need to shore up efforts to determine the whereabouts of these missiles," he added.

He said Turkish military helicopters use Helicopter Electronic Combat Self-Defense Systems, in addition to other sensors and defense systems, that will be effective against SA-7 and SA-14 type missiles.

He added that Turkish helicopters could also choose to carry out nighttime operations because the missiles used by the PKK terrorists are unable to function in the dark.

Oğuz said the PKK terrorists may have acquired the missiles from various sources, but identified U.S. arms support to the terrorist group’s Syrian offshoot the YPG as one of the main sources.

“Missiles were also stolen from military arsenals in Iraq and Syria. Most of these were acquired during the looting in 2011,” Oğuz said, adding that the transfer of arms and military supplies from Iraq and Syria happens frequently.

Over the course of its more than 30-year terror campaign against Turkey, the PKK – listed as a terrorist organization by Turkey, the U.S. and the EU – has been responsible for the deaths of some 40,000 people, including women and children.