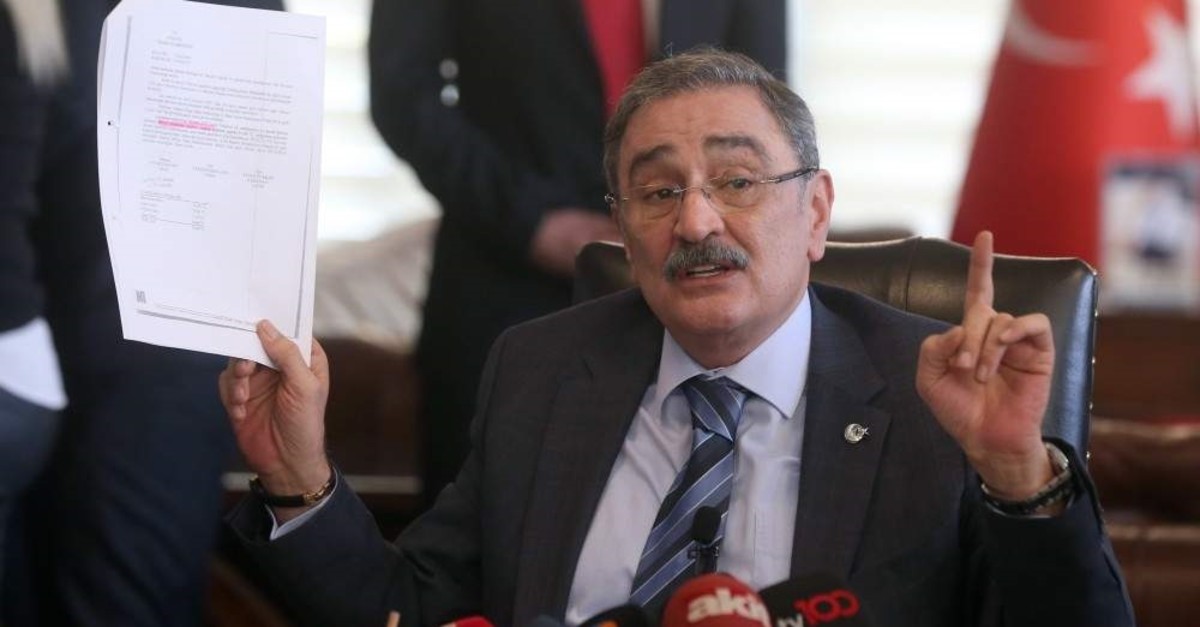 Reportedly, Aygün submitted his resignation letter to the party's headquarters following a disciplinary proceeding opened against him on Dec. 22 by the CHP Ankara provincial chairmanship for "causing a public debate about the CHP and Ankara Metropolitan Mayor Mansur Yavaş by taking the court decision regarding his construction project out of context."

Aygün claimed his construction project "Togo Towers," located on the Eskişehir Highway, was halted and sealed after he turned down the request of Yavaş-linked councilors who asked for a TL 25 million bribe to proceed with the project. He says Yavaş and his circle do not reject the claims and say they allegedly requested it to build a school.

Aygün's towers were constructed on a 12,082-square-meter plot of land in Ankara. He said he owned 2,722 square meters of the land and combined it with a plot of land belonging to a shoe factory. He claimed the land modifications were made in line with the Ministry of Environment and Urban Planning, but there had been some issues that were later resolved at the municipal level.

In a news conference last week, Aygün strongly denied Yavaş's claims that the former lawmaker and businessman was a member of the Gülenist Terror Group (FETÖ).

He also strongly rejected claims that one of the partners of the project was a member of FETÖ, saying that he has suffered the most from the terrorist group.

He told reporters that he had recordings of officials asking for bribes and has filed a criminal charge against Yavaş and the councilors.

His construction project was paused but relaunched following a decision by an appeals court, and he told Yavaş to take the issue to another appeals court if his administration thought the project violated municipal laws and regulations.

Yavaş filed a charge against Aygün for aiding, abetting and financing a terrorist organization.

The controversy between Aygün and Yavaş is not the first recent feud between CHP members. The CHP has been rocked by a number of incidents involving dissenting party figures, who have either resigned from the party or been fired by the administration.

Yavaş was elected mayor of Ankara Metropolitan Municipality in the March 31 local elections in Turkey.