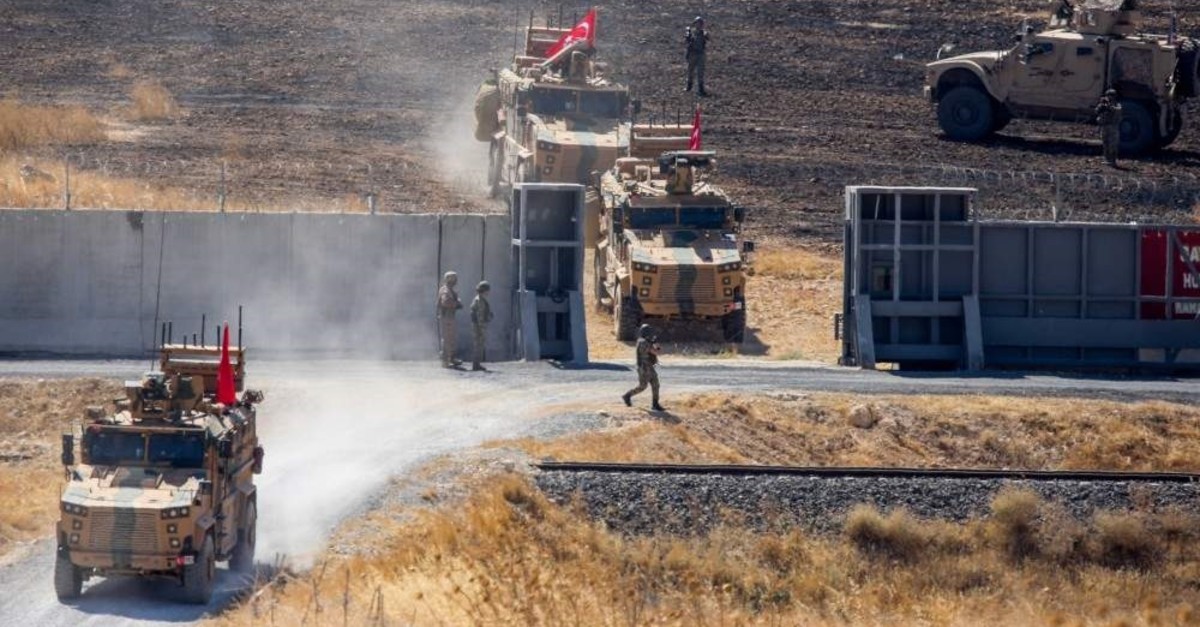 Ankara will build a model area inside the safe zone in northern Syria recently liberated from terrorists in a Turkey-led operation, said Vice President Fuat Oktay.

"We are working on an area where Syrians can live and Syrians in Turkey can return voluntarily," Oktay told Anadolu Agency's Editors Desk Wednesday.

"We are thinking of building an area in 2020 that can serve as a model, at least physically," he said, stressing that this requires international financial support.

"We have to create a solution within Syria. We cannot face the problems caused by the world on our own," Oktay added.

On Oct. 22, Ankara and Moscow reached a deal under which YPG/PKK terrorists would pull back 30 kilometers south of Turkey's border with Syria, and security forces from Turkey and Russia would mount joint patrols there.

According to Turkey's safe zone plan, 140 villages and 10 district centers will be established within a 30-40 kilometer deep safe zone in northern Syria, housing 5,000 and 30,000 inhabitants, respectively. The settlements will be provided with various facilities so that the people living there will be able to have a normal life with every necessity met. Each village within the area will have 1,000 houses, and each district will have 6,000 new homes built, making 200,000 new residences in total. The construction is expected to cost about $26.6 billion.

Turkish nongovernmental organizations and institutions have been continuing their efforts to lay the basis for the return of displaced Syrian refugees with food aid, medical assistance and infrastructure being rebuilt, underlining that the liberated areas in northern Syria would have the potential to host 2 million people if necessary conditions are met.