Another mosque attack in Germany 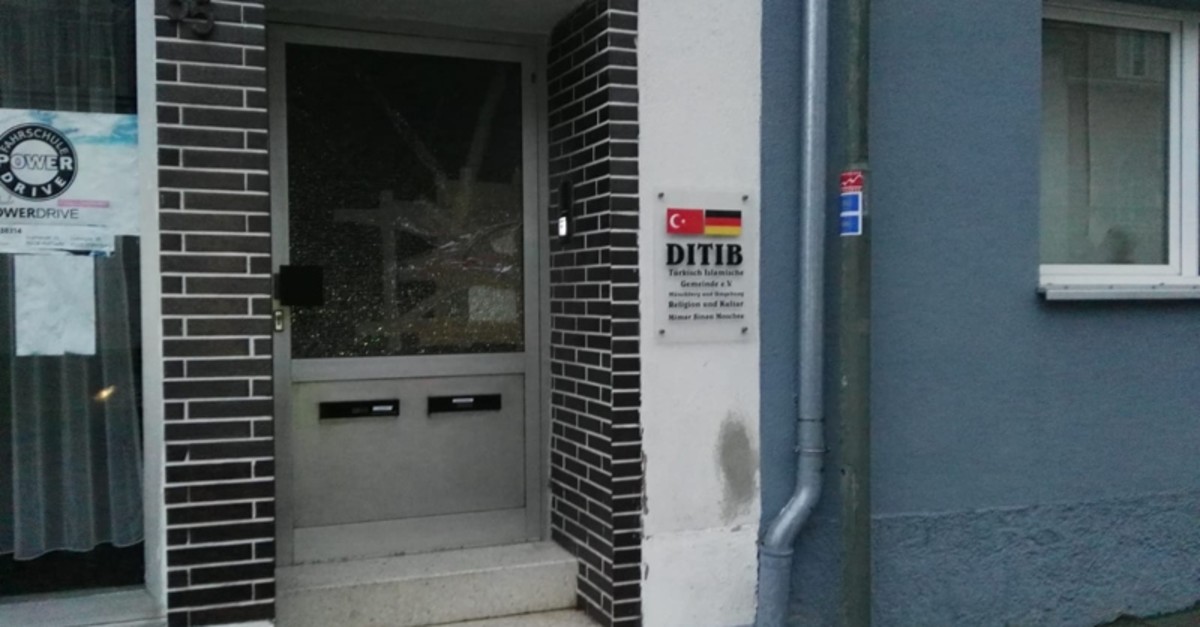 |AA Photo
by Daily Sabah with AA Jan 05, 2020 5:53 pm
Unidentified assailants attacked a mosque late Saturday in the Bavarian town of Munchberg in Germany, where Muslims have been exposed to increasing anti-Muslim acts.

A glass door of the Mimar Sinan Mosque, which is managed by the Turkish Islamic Union for Religious Affairs (DITIB), was broken during the attack.

The director of Mimar Sinan Mosque, Hikmet Kıylıoğlu, said that people who came for morning prayer immediately reported the incident to police, who said they have launched an investigation.

He also drew attention to the increasing attacks recently, asking legal authorities to arrest and give the necessary punishments to those responsible for the attack.

Germany, a country of over 81 million people, has the second-largest Muslim population in Western Europe after France. Among the country's nearly 4.7 million Muslims, 3 million have Turkish roots. Many Turkish Germans are second and third-generation descendants of Turkish immigrants, who moved to the country during the 1960s.

Germany has witnessed growing anti-Muslim sentiments and hatred of migrants in recent years triggered by far-right parties, which have exploited fears over the refugee crisis and terrorism.

Police recorded 813 hate crimes against Muslims in 2018. At least 54 Muslims were injured in those attacks carried out mostly by far-right extremists. The attacks come as anti-Muslim groups gain more political ground and power in Europe, as well as deadly assaults on mosques in Western countries, including the attack in Christchurch, New Zealand this March that took 51 lives and caused serious injuries.
RELATED TOPICS