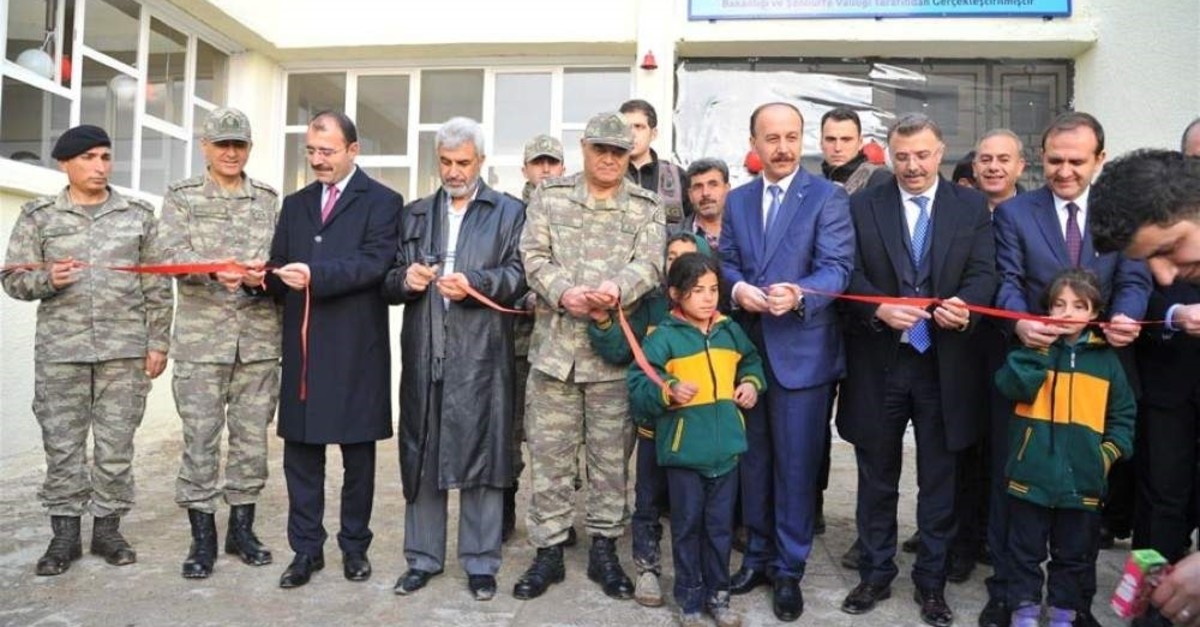 Several public buildings, including a hospital, school and mobile post office, renovated by Turkey have come into service in the northeastern Syrian town of Ras al-Ayn after the area was cleared from terrorists, Ihlas News Agency (IHA) reported Tuesday.

The buildings damaged by the PKK’s Syrian offshoot the People’s Protection Units (YPG) were restored by Turkey.

Gov. Erin visited the Rasulayn Hospital, where he talked with Ras al-Ayn residents and gave presents to the children.

The governor then visited the courthouse, which is currently undergoing renovations.

The officials also attended the opening ceremony of Peace Spring Nukra Elementary School. The governor said that students educated in the school will have the chance to build their country’s future, noting that they aim to repair all schools to allow all students to receive an education.

People living in the area have not been receiving public services for the past 15 years, according to Gov. Erin, who said that the PKK-linked terrorists destroyed public buildings after gaining control.

“Let our friends in Ras al-Ayn have hope and look to the future with confidence because they are in safe hands,” he said, adding that Turkey will do everything in its capacity to ensure that they live in peace and security.

Turkey carried out two cross-border operations west of the Euphrates river – Operation Euphrates Shield in August 2016 and Operation Olive Branch in January 2018 – to drive out terrorist groups, including the YPG and Daesh, from its borders. Turkish and Free Syrian Army (FSA) forces entered Afrin town center and liberated it from terrorists on March 18, 2018.

Following the operations, Turkey has also been rebuilding the town's infrastructure, as well as health and education institutions. Schools are being renovated and a hospital is being built. Turkey is also helping locals build olive oil facilities in the town where agriculture is the main source of income for residents. Since the terrorists were cleared from the city, many locals have been able to open new shops in the city center. Turkish products can easily be found in these shops and people can also shop using the Turkish lira.

Nearly 354,000 Syrians returned to these areas, according to Interior Minister Süleyman Soylu.

Following Operation Olive Branch, many Turkish humanitarian agencies, including the Turkish Red Crescent, have been distributing food daily in the district center and villages to meet the needs of the people.