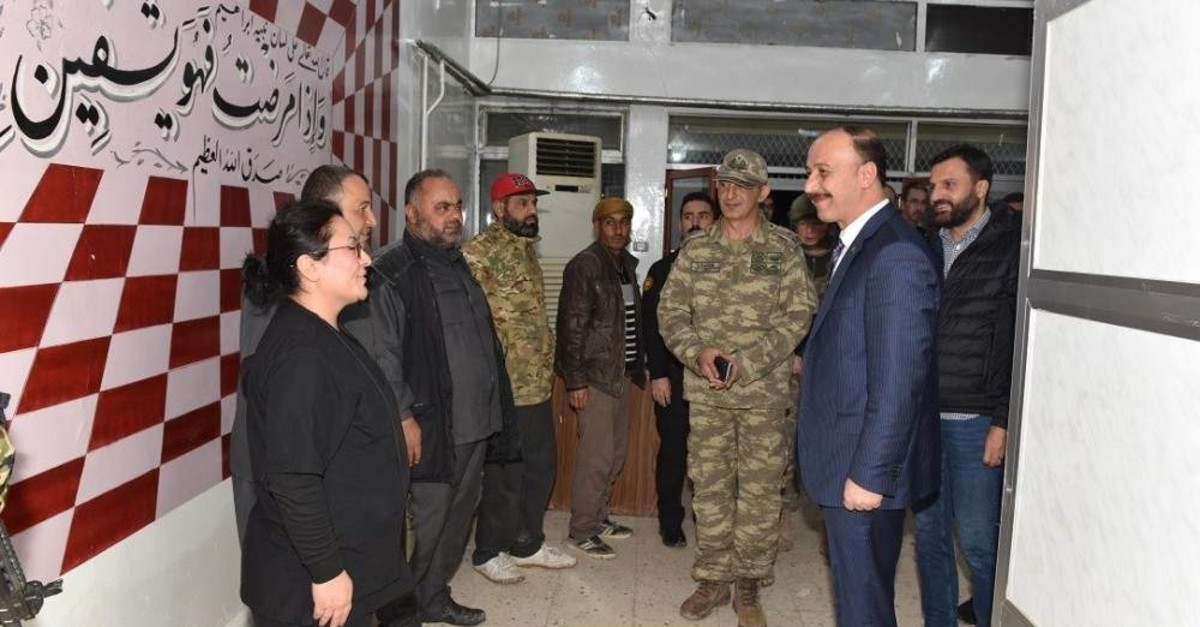 Turkey will provide tomography scanners to two hospitals in northern Syria's Tal Abyad and Ras al-Ayn, as the country continues its efforts to provide medical services in the liberated areas.

Şanlıurfa Gov. Abdullah Erin recently visited both hospitals where he talked to the medical staff about their needs.

Erin underlined Turkey's efforts toward peace and stability in the region. "Within a short time, this area will be a place where all Syrians would want to live in."

He said safety prevails in the areas covered by Turkish military operations. He added that at least 360,000 refugees have returned to the liberated areas.

"However, I'd like to mention the activities of terrorist organizations, especially the YPG, continue there. The U.S., which is their sponsor, has to show more effort. Similarly, there are a series of responsibilities falling on the Russian side in regions like Qamishli, Hasakah, Kobani and Ayn al-Arab. On this occasion, we would like to remind of that too," Kalın underlined.

He added that Turkey's position on the Bashar Assad regime is obvious and that Ankara believes that he has lost his ability as a leader who can carry Syria into a democratic, pluralist and peaceful future.

Turkey launched Operation Peace Spring on Oct. 9, 2019, to facilitate the safe return of Syrian refugees and clear the area south of Turkey's border from terrorists.

On Oct. 22, Ankara and Moscow reached a deal under which YPG/PKK terrorists were to pull back 30 kilometers south of Turkey's border with Syria within 150 hours, and security forces from Turkey and Russia would mount joint patrols there. Since the deal was struck, however, YPG attacks have continued to be a threat to the region and the given promises were not upheld.

While the U.S. has moved its troops from northern Syria to the country's more oil-rich regions, Russia has settled into the three bases left behind by the U.S. and has expanded its presence in Qamishli Airport.