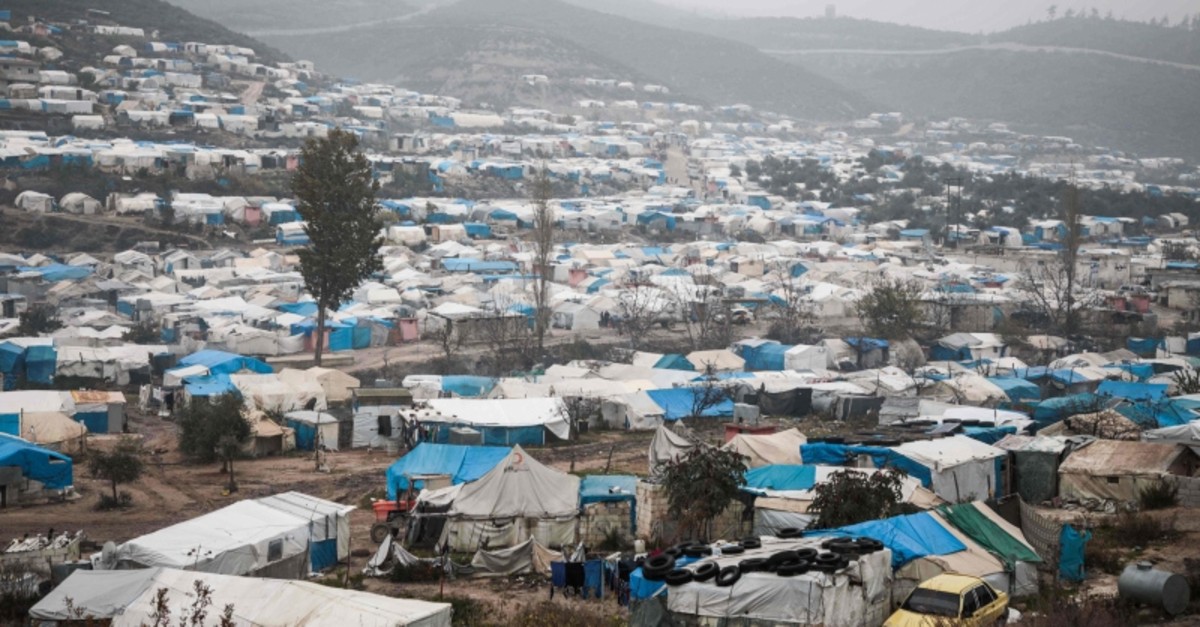 In this file photo taken on December 12, 2019 shows a view of tents at a camp for displaced Syrians at Khirbet al-Joz in the west of the northwestern Idlib province near the border with Turkey. (AFP Photo)
by Anadolu Agency Jan 08, 2020 4:52 pm

The U.N. on Wednesday dispatched at least 96 truckloads of humanitarian aid for war-weary displaced civilians of northwestern Idlib city of Syria.

The trucks entered Syria through the border crossing in Turkey's southern province of Hatay.

Since the Assad regime, Russia and Iran launched attacks in November 2019, some 360,000 people fled Idlib and took shelter near the Turkish border. They are currently in dire need of humanitarian assistance.

Since then, more than 1,300 civilians have been killed in attacks by the regime and Russian forces in the de-escalation zone as the cease-fire continues to be violated.

Over a million Syrians have moved near the Turkish border due to intense attacks over the last year.

After a Turkish Cabinet meeting in December last year, presidential spokesman İbrahim Kalın had said Turkey expects a halt to these attacks as soon as possible through a new cease-fire.

According to the National Coalition for Syrian Revolutionary and Opposition Forces, Idlib province is home to around 3 million civilians, 75% of them women and children.

Ankara has so far spent $40 billion for the refugees, according to official figures.