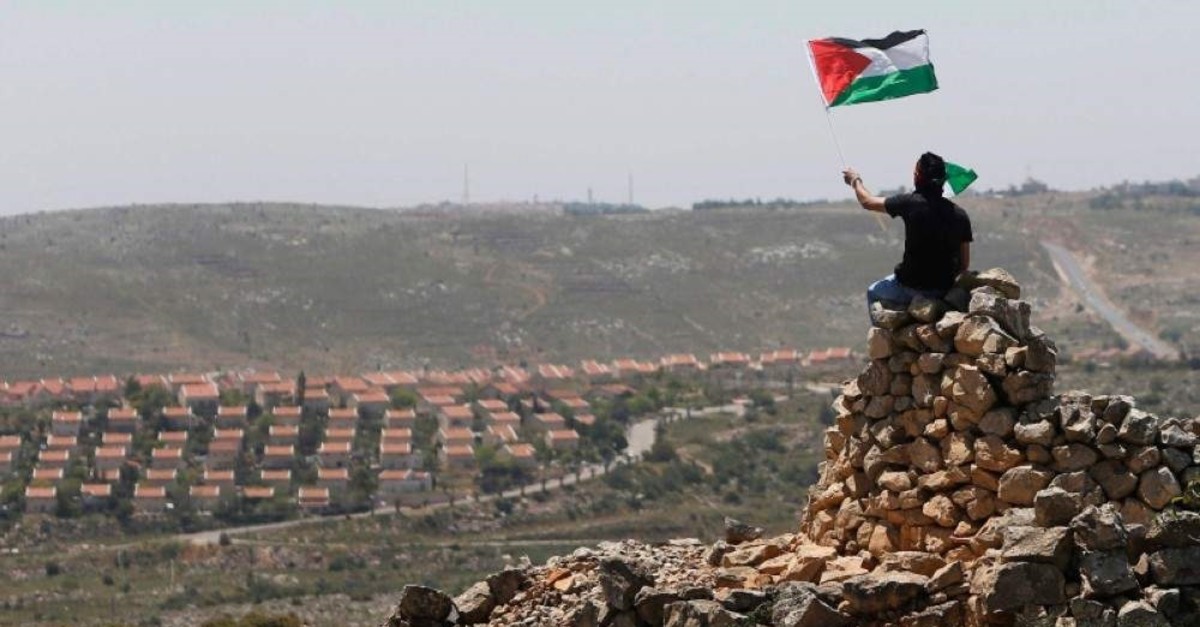 A protester waves a Palestinian flag in front of the Jewish settlement of Ofra during clashes near the West Bank village of Deir Jarir near Ramallah April 26, 2013. (Reuters Photo)
by Daily Sabah with AA Jan 09, 2020 10:32 am

"Israel's approval of the construction of nearly 2,000 new houses in illegal settlements in the occupied Palestinian territories is the latest example of Israel's unlawful, reckless approach," the Foreign Ministry statement said.

"Israel, which made it a habit to disregard the sensitivities of the international community on the issue of Palestine, continues to impound the rights of the Palestinian people with its illegitimate practices," the statement read, condemning the daily addition of new crimes against Palestine in favor of domestic political gains.

The statement emphasized that Israel's policy of expanding illegal settlements, the biggest obstacle to a two-state solution, should end as soon as possible.

Palestinians have long sought to carve out their own nation in the West Bank, east Jerusalem and Gaza Strip – territory captured by Israel in the 1967 war – as a way to end decades of tensions.

Around 653,000 Jewish settlers live in 150 settlements in the occupied West Bank and Jerusalem, according to official figures provided by Palestinian authorities. Jewish settlements occupy around 10% of the territory in the West Bank, while 47% of the settlements are near Jerusalem.

The international community considers all Israeli settlements in occupied Palestinian territories to be unlawful.

In a move never recognized by the international community, Israel annexed Jerusalem in 1980, claiming it as the capital.