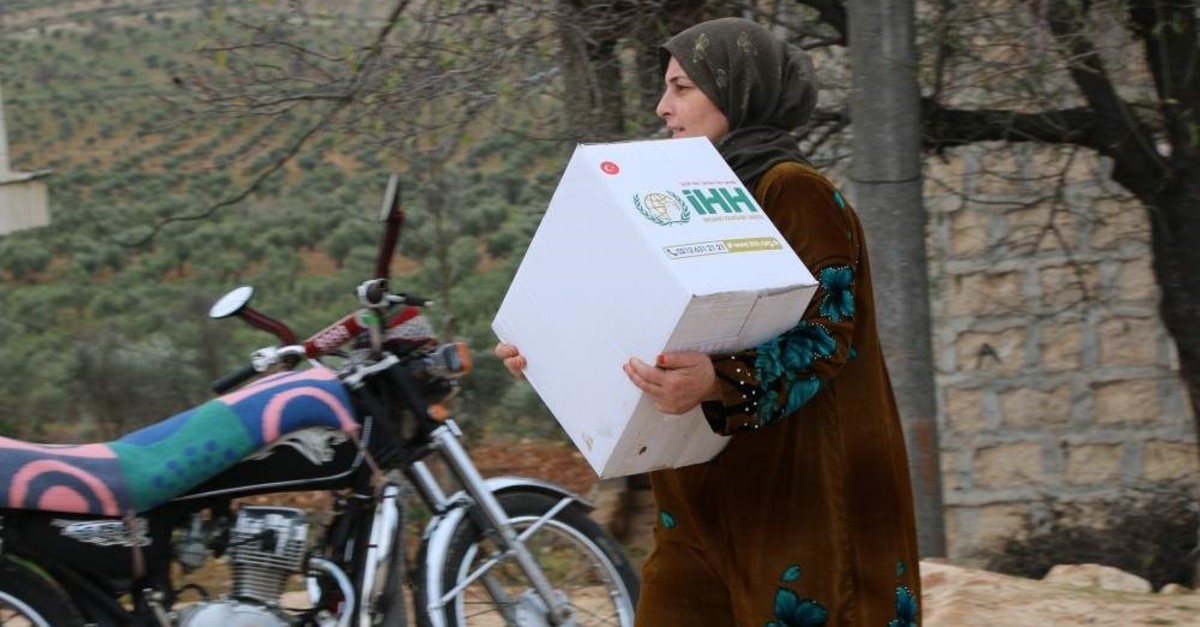 AA
by daily sabah Jan 13, 2020 5:50 pm
Turkish aid agencies have been ramping up efforts to provide necessities for the displaced Syrians in Idlib's rural areas. The Assad regime has caused a surge in the number of displaced people living in harsh conditions with insufficient amounts of food, heating and water with their attacks.

Among the aid agencies involved includes the Deniz Feneri Association, which has sent aid trucks full of food, blankets and winter clothing, as well as Sadakataşı, a group which has launched a permanent briquette housing project in Idlib that aims to shelter 1,000 people in its first stage. The group has already established a temporary camp with 300 tents.

Meanwhile, the Humanitarian Relief Foundation (IHH), on the other side of the border, has provided food for civilians who have fled from Idlib to Afrin.

"Since the beginning of November 2019, around 400,000 people have been forced to migrate. While a large part of these came to northern Idlib, some also sought refuge in the surroundings of Afrin and Azaz. We have brought humanitarian aid to 2,000 people that have migrated to Afrin," IHH Syria Coordinator Zeki Tahiroğlu said in a written statement, adding that there are still many families in need.
RELATED TOPICS