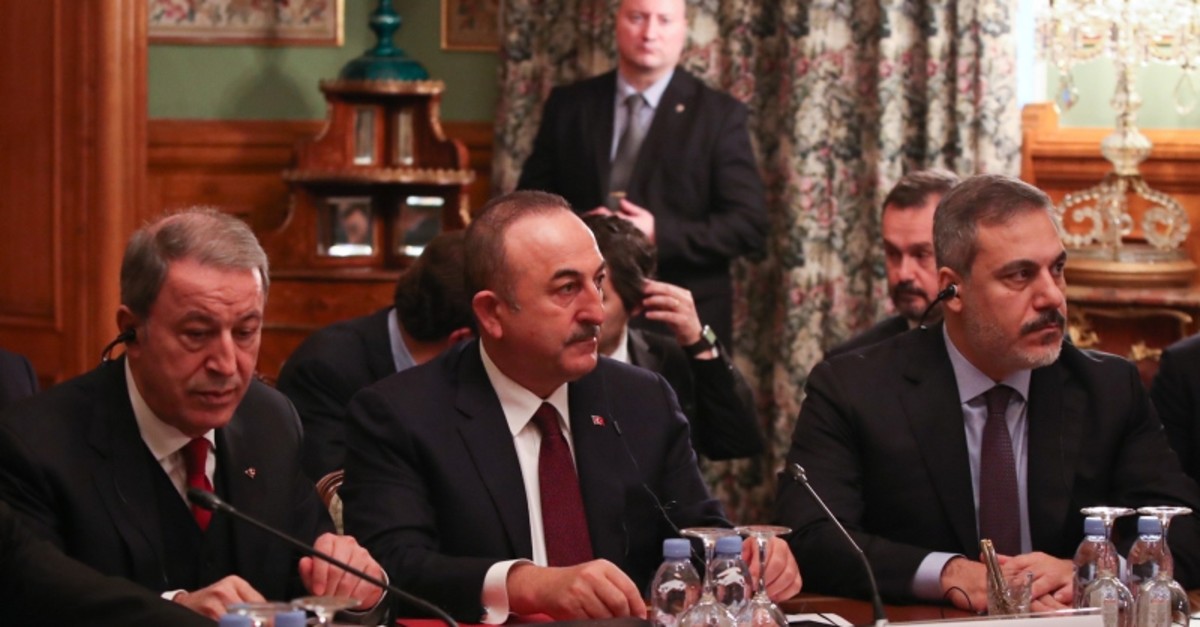 The head of Turkey's National Intelligence Organization (MIT) Hakan Fidan met with the top Syrian intelligence officer on the sidelines of a meeting in Moscow, a senior Turkish official confirmed to Daily Sabah Tuesday.

Marking the first official contact in years, Fidan met with the head of the Syrian National Security Bureau Ali Mamlouk and discussed a number of issues, including the cease-fire in Idlib and the possibility of cooperating against the PKK's Syrian offshoot, the YPG terrorist group in northeastern Syria.

Both sides have said there have been intelligence contacts, but this is the first explicit acknowledgment of such a senior meeting.

President Recep Tayyip Erdoğan said Tuesday that Turkey could resume its operations in Syria at any minute "to prevent the regime's attempts to violate the cease-fire."

Turkey backs the moderate opposition forces who fought to topple Assad during Syria's eight-year civil war. Erdoğan described Assad as a terrorist and a murderer and called for him to be driven from power, which earlier in the war had appeared possible.

But Assad's allies Russia and Iran helped turn the conflict around, and with U.S. forces now withdrawing from northeast Syria, Assad's Russian-backed troops are sweeping back into the region just as Turkish troops move in from the north.

Turkey and Russia reached an agreement to establish a safe zone near the Turkish border in Syria to eliminate the terror threat. The deal also aims to facilitate the voluntary return of Syrian refugees to their homes. The Sochi agreement includes the preservation of the cease-fire in the Idlib region and the withdrawal of heavy arms and radicals from the region. Prior to the agreement, the Assad regime was signaling a grand operation on Idlib, which is the last stronghold of the opposition, sparking deep fears in the international community of a new humanitarian crisis.

Turkey and Russia have cooperated more closely on Syria since agreeing two years ago to work along with Assad's other main ally, Iran, to contain the fighting.