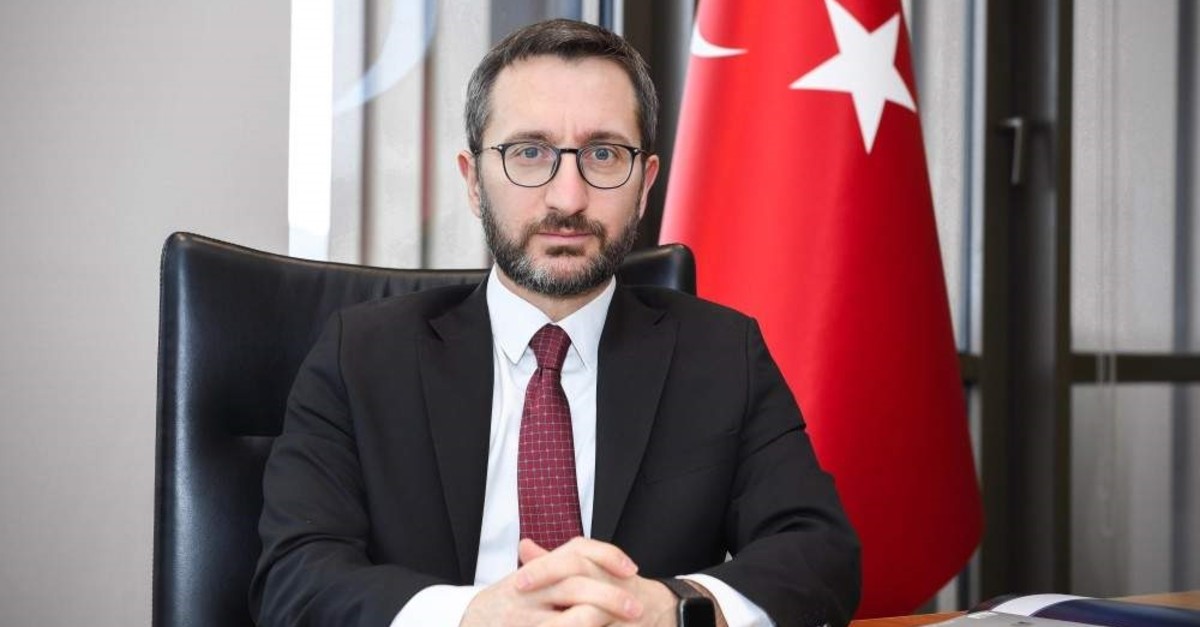 by Daily Sabah with AA Jan 15, 2020 11:10 am
Some circles are seeking to exploit Armenian allegations over the events of 1915 to create divisions within the Turkish nation, the Presidential Communications Director said Tuesday.

Fahrettin Altun's remarks came after a meeting of the High Advisory Board under the leadership of President Recep Tayyip Erdoğan in the capital Ankara.

In a statement following the event, Altun said the 1915 Armenian incidents were among the agenda items covered during the meeting, adding some actors were seeking to use the so-called "genocide" claims in a bid to damage the harmony of the Turkish people.

He said the officials evaluated national and international opinions on the issue along with the correct diplomatic moves and attempts to hinder acts of disinformation on the case.

"The members of the High Advisory Board once again emphasized determination to maintain our solidarity and union and the protection of our country's interests," Altun said.

The U.S. Senate unanimously passed a resolution on Dec.12 recognizing the so-called Armenian genocide. The resolution had been blocked several times in the Senate, but the Democratic-led House of Representatives passed the resolution by an overwhelming 405-11 in late October. The resolution asserts that it is U.S. policy to commemorate the 1915 events as "genocide."

Recognition of the 1915 events as "genocide" had stalled in Congress for decades, stymied by concerns of U.S.-Turkey relations.
Last Update: Jan 15, 2020 2:44 pm
RELATED TOPICS