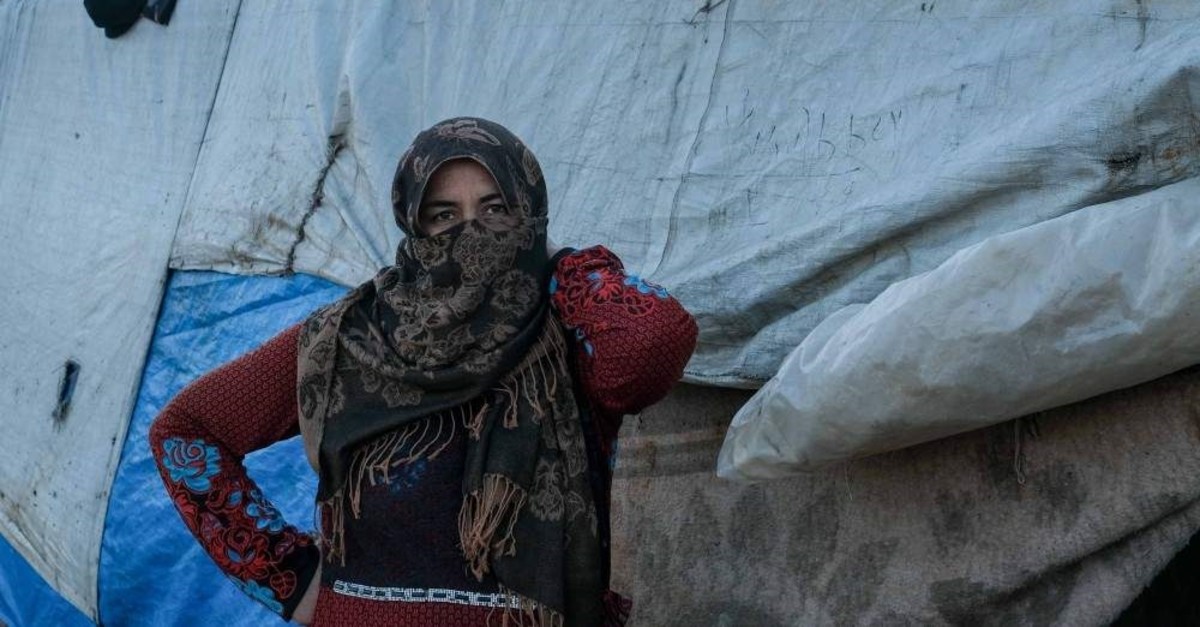 Although a truce has been declared in war-torn Idlib province, civilians who had to be displaced toward the Turkish-border, escaping the war, have been still struggling to survive in harsh winter conditions

Thanks to a cease-fire that was brokered by Turkey and Russia on Jan. 12, most of the locals in northern Syria's war-torn Idlib province finally have been able to breathe again as the Syrian regime attacks have partially ended in some districts. Yet, many displaced civilians are still suffering under harsh conditions, struggling with both the winter cold and hunger.

"We have been dying for nine years, every day. Our children are hungry, we don't even have a blanket. There is nobody who stands by us except for our brothers in Turkey. Stop this war and hear the voice of millions of civilians who have been trying to survive here," said one camp resident near the Turkish border who was recently displaced due to regime attacks.

Hoping for the best with her six children, Navra Abdullah, one of the residents of the Havarta Camp, had to leave her house in southern Idlib after losing her husband in the war.

"I no longer have the strength to bear this," the woman said, expressing the difficulties of their living conditions. "I have a disabled mother. I live with my six children. There are no blankets, no tents. We had to take off to save our lives. And yet, it is still very hard to live here."

Using the word "muddy" to describe the region where their tent is located, Abdullah said they have difficulties getting outside of the camp because of the sludge. One of the biggest issues for Abdullah, however, is the lack of heat in the winter since there is no coal or stoves available.

"Still," she said, "despite everything, we are thankful to Allah for being alive."

Turkey announced Friday that a new cease-fire in Idlib, which has been rocked by violence – although "acts of aggression" are already officially banned – was set to start just after midnight on Sunday, Jan. 12. Turkey had previously asked Russia for a cease-fire in December, sending a delegation led by Deputy Foreign Minister Sedat Önal to Moscow as attacks on the de-escalation zone intensified. 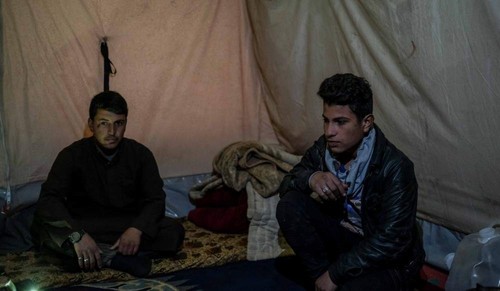 However, on Wednesday, Russian jets struck several opposition-held towns in northwest Syria's Idlib for the first time since a cease-fire agreed with Turkey came into force two days ago, witnesses and sources said. They said the towns of Khan al Subl, Maasaran and several others in southern Idlib province were targeted after a two-day lull in aerial strikes against the last opposition bastion that had been pounded for over a month in a renewed assault. "The Russian airstrikes have shattered two days of relative calm that gave people a small relief from daily raids," Mohamad Rashid, an activist, said. The reports confirmed later in the day that nine civilians killed in the attacks while at least 20 other civilians were wounded.

Another camp resident, Mehdi Hussein Cuma, said that they had to leave their village alongside all the village residents two months ago.

"There is no one left (in the region) but our dead relatives," he said.

However, escaping the regime attacks did not allow Cuma and his fellow villagers to have peace and comfort as they were stuck in the camp without any heating devices.

"We are trying to get used to living like this," he said.

Hundreds of thousands of people have fled Idlib province in recent weeks as Russian jets and Syrian artillery pounded towns and villages in a renewed government assault aimed at clearing the opposition. Senior U.N. officials said this month that the humanitarian situation had become more acute with at least 300,000 civilians now on the run in Idlib province, adding to the more than half a million people who fled earlier bouts of fighting to the safety of camps near the Turkish border. The latest offensive had brought the Russian-led military campaign closer to heavily crowded parts of Idlib province, where nearly 3 million people are trapped, the vast majority of whom are women and children, according to the United Nations. 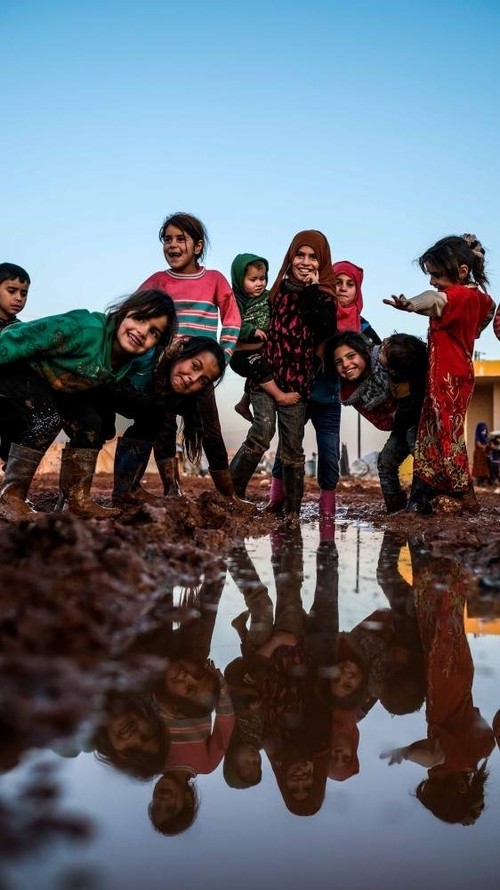 "We were living in Damascus. First, we had to escape Damascus and go to Hama. We lived there for two years. Then, since the war found us once again, we had to escape toward the Turkish border," Rahile Zedan Assad said, explaining her and her family's journey. As a family of 10, the conditions in the camp are difficult for the family.

"Everything is very bad for us. I have a back injury and I am unable to find any medication here. We do not have anything here," she said, underlining that they have not been able to find anything but potatoes to eat for months.

Assad called for the international community to provide help, indicating that Turkey has been the only one who has been there for them so far. 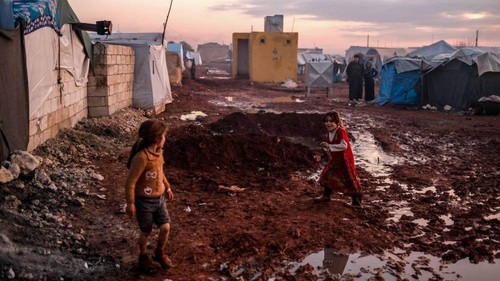 Losing one eye in the war, Hussein Haled Ramazan is another camp resident that is struggling to survive, alongside with his cousin.

"We lost our families. We started to live only for the sake of supporting each other and our survival. War left us alone," he said, emphasizing that the hardest part for them is losing his mother and father, and brothers and sisters.

Moscow announced earlier this week it had opened safe corridors to allow people under opposition rule in Idlib province to flee to government-held areas. Residents say few people have crossed into state-controlled areas, where they fear retribution, and most have headed to the relative safety of areas near the Turkish border. Many of the residents of the opposition enclave fear the return of Bashar Assad's authoritarian rule and look to Turkey to halt the Russian-led campaign that has killed hundreds and left dozens of towns and villages in ruins. President Recep Tayyip Erdoğan said Tuesday that Turkey is determined to stop Assad regime violations of the cease-fire in the northwest. "We hope the cease-fire in Syria's Idlib is lasting. Turkey is determined to prevent Assad regime attacks in violation of the truce," Erdoğan said during the ruling Justice and Development Party's (AK Party) parliamentary group meeting in Ankara.