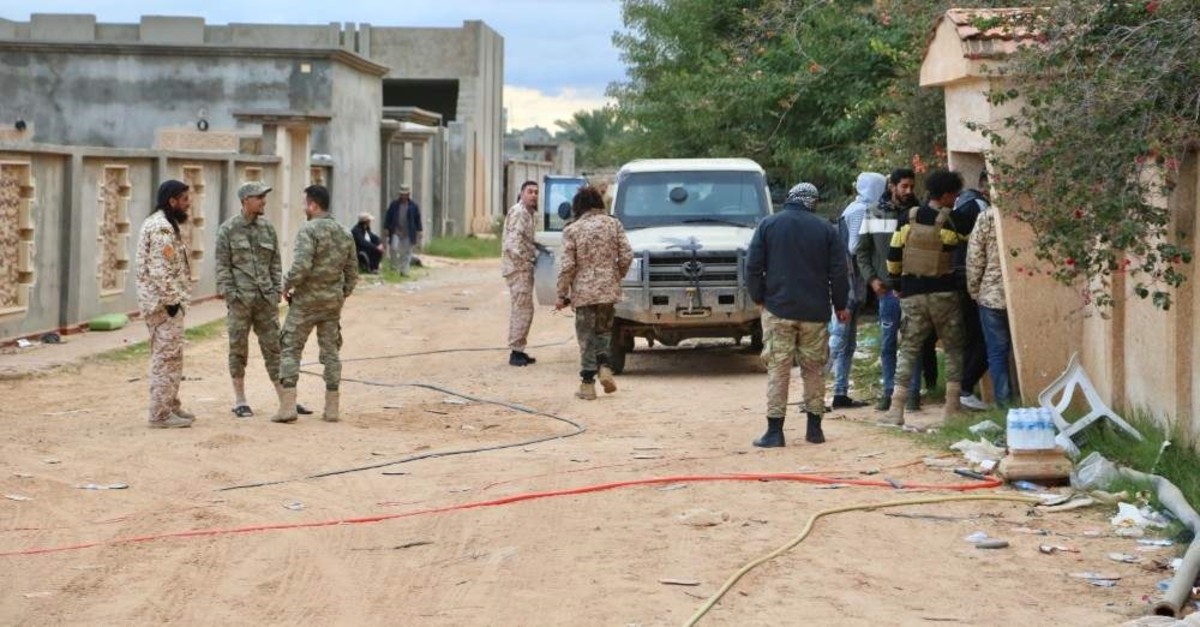 Putschist Gen. Khalifa Haftar continues escalating the conflict in Libya after he left peace talks without signing the cease-fire agreement drafted during initial negotiations in Moscow.

Making a statement about the latest situation in the conflict-ravaged country, the speaker of the pro-Haftar House of Representatives in Tobruk said the war in Libya will go on.

"The cease-fire in Libya is over, and the war will resume," said Aguila Saleh Issa, speaking to Arab satellite television station Al-Ghad.

"They responded positively to the cease-fire because of their respect for Russian President Vladimir Putin," Issa said, referring to Haftar's delegation at the cease-fire talks.

Touching on the failure of militias loyal to Haftar in making headway in clashes against forces of Libya's U.N.-recognized government, Issa said, "Turkey's intervention delayed us in achieving results in the fight to take back Tripoli."

Libya's GNA recently made a formal request for "air, ground and sea" support from the Turkish military to help fend off an offensive from the forces of Haftar, who is attempting to take control of the capital, Tripoli. Turkey supports the U.N.-backed government against the militia and mercenaries of the latter self-proclaimed military chief. Turkey this month began deploying troops in Libya to back GNA leader al-Sarraj.

Speaking on Tuesday, President Erdoğan said that Turkey has no imperial desires nor is blinded with greed for oil or money.

"Our sole purpose is to protect our and our brothers' rights and future," the president said, saying that Turkey had deep historical and social ties with the North African country.

The memorandum of understanding signed between Ankara and Moscow to call warring sides for political solution underlined the strong commitment to the sovereignty, independence, territorial integrity and national unity of Libya.

Pro-Haftar mercenary soldiers deployed in the region and drones operated by the United Arab Emirates flew over Tripoli, Kununu said.

He said government forces are strong enough to respond to the Haftar militias and called on people who migrated from the region not to return to their homes during the clashes.

Speaking Wednesday at a panel in the capital Ankara, Turkey's Foreign Minister Mevlüt Çavuşoğlu said that Haftar is seeking a military solution to the lingering conflict in the country.

"This is true that Haftar does not want peace. He seeks a military solution, not a political process," he said. "Despite this, Turkey is not pessimistic about the Libya issue," Çavuşoğlu added.

Also, Defense Minister Hulusi Akar talked about the issue Wednesday during a meeting in Ankara and said Turkey strives to end the violence in both Idlib and Libya with a political solution.

Meanwhile, Libya's Chairman of the High Council of State Khalid al-Mishri on Wednesday confirmed that the embassy of the United Arab Emirates in Moscow strongly contributed to obstruct the cease-fire in Libya.

"The Gulf countries were present in the cease-fire negotiations in the capital Moscow, including the charge d'affaires of the UAE embassy to Russia, who was one of the obstacles on the signing of the cease-fire agreement in Libya," al-Mishri said at a press conference in Tripoli

Russia sees the Moscow conference on Libya as a preparatory meeting for the Berlin conference, Russian Foreign Minister Sergey Lavrov said Wednesday at a multilateral conference in New Delhi.

"We never pretended that the talks in Moscow should be a final meeting that would resolve all issues [of the Libyan conflict] without exception. We promoted this meeting as a step and a contribution to the preparation for the upcoming international conference on Libya in Berlin, which will be held this Sunday, "where all Libyan parties will be invited as we recommended to the German side," Lavrov said.

The minister, speaking at the annual Raisina Dialogue – flagship conference of New Delhi on global issues – added that he saw "no drama" in Haftar's move to leave without signing the document on cease-fire drafted in Moscow during a time of tension in Libya.

"This has happened before when the meetings on the settlement in Libya were held in Paris, Palermo, and Abu Dhabi. When such a meeting was held in France, even the date of the elections was named, but it took place two years ago. It is a pity that the agreements in Abu Dhabi were not implemented because they dealt with key political issues – the separation of powers and a territorial arrangement that would suit everyone," Lavrov added.

He stressed that both sides adhere to the cease-fire announced following the call of the Turkish and Russian presidents on Jan.12.

"This is a process, and it is ongoing, and we will continue to make efforts to ensure its success," he said.

Germany Tuesday invited Libya's warring parties, as well as global and regional powers to a peace conference in Berlin on Sunday to facilitate a political solution to the Libya conflict.

German Foreign Minister Heiko Maas has expressed hope that the Berlin conference would contribute to a political solution to the Libyan conflict.

Speaking to reporters in Berlin, Maas said participating countries have already reached a common understanding on a document after a series of working-level talks in the last couple of months.

"In this conference, we would like to once again discuss this [document] with all the participants, and if we succeed, we will also approve it," he said.

Germany's top diplomat said this document seeks to ensure that conflict parties would cease military operations and return to political talks under the auspices of the United Nations.