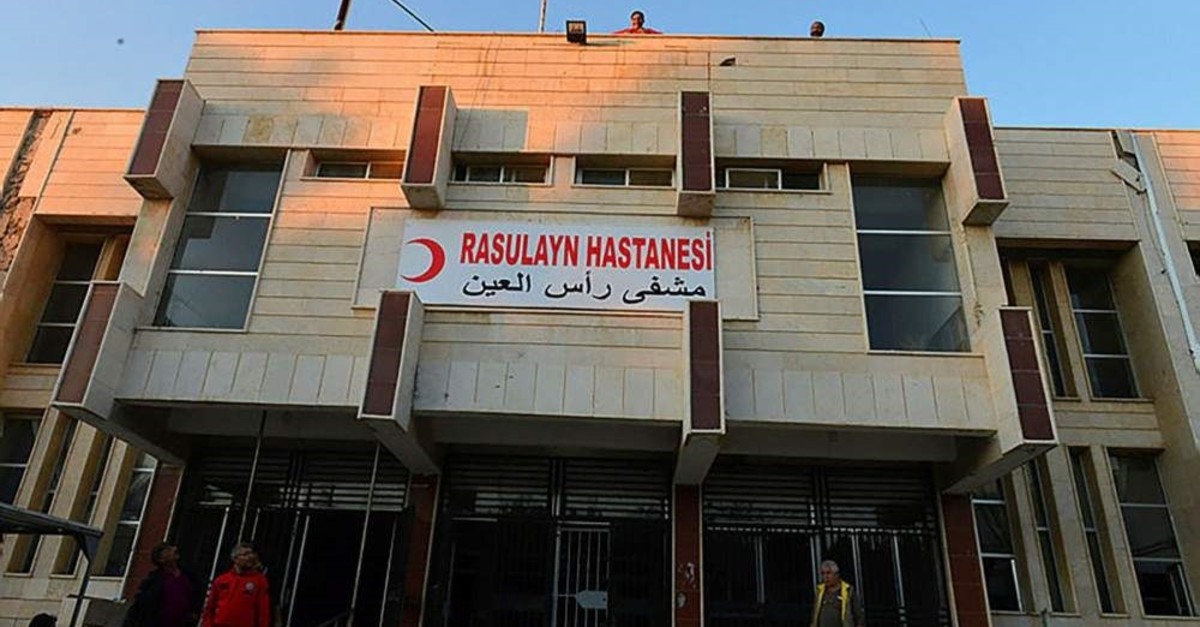 A hospital in Ras al-Ayn, restored by Turkish forces following the liberation of the province from the terrorist elements.
by Anadolu Agency Jan 19, 2020 3:12 pm

Syrian children in an area of northern Syria cleared of terrorists by a Turkish-led operation are getting medical care at a Turkish-staffed hospital, according to the National Defense Ministry.

It showed Syrian mothers saying they are happy and grateful to Turkey for feeling safer and healthier.

"We trust the Turkish soldiers. They are taking care of us," said one Syrian mother.

Another mother said Turkey made them more secure and added: "They have a lot of love for the children. Praise God. We are very pleased. Everything is really good," she expressed.

She added that the Turkish soldiers are "very affectionate people. We are more than satisfied."

In its more than 30-year terror campaign against Turkey, the PKK, listed as a terrorist organization by Turkey, the U.S. and the European Union, has been responsible for the deaths of 40,000 people, including women, children and infants. The YPG is its Syrian offshoot.