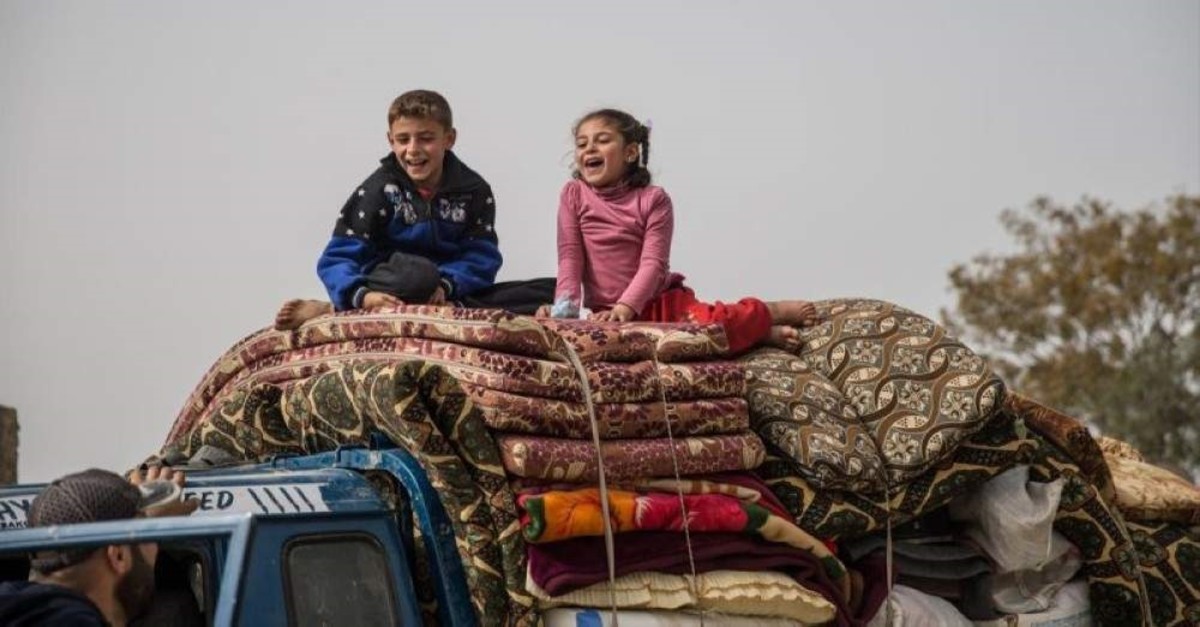 Some 500 Syrians have returned to their home province of Tal Abyad, in northern Syria, in the wake of Operation Peace Spring's success in freeing the area from the control of terrorist groups.

Tal Abyad was liberated from the PKK/YPG terrorist groups by Turkish Military Forces (TSK) and the Syrian National Army (SNA) within the scope of Operation Peace Spring, which was launched on Oct. 9.

About 500 Syrian refugees residing in the northwestern province of Jarabulus, which was cleansed of terrorist elements during previous operations conducted by the TSK, arrived in the southern Turkish district Akçakale. Following procedures to ensure the smooth conduct of their return process, Syrians passed through the Akçakale Border Gate, a gate which has been recently reactivated, before returning to Tal Abyad.

"We had to leave Tal Abyad five years ago; thank God we have seen these days," said İskender Abu Mohamad, one of the commanders of the SNA, who was also displaced because of the war.

Turkey, as the country hosting the largest number of Syrian refugees in the world, with 3.6 million, has long been striving to achieve peace and stability in Syria in order to provide for the safe return of these refugees. To this end, Turkey has so far launched three cross-border operations in the conflict-ridden country.

Operation Peace Spring, Turkey's third anti-terror operation launched on Oct. 9 to eliminate the PKK terrorist organization's Syrian offshoot, the YPG, from northern Syria east of the Euphrates to secure Turkey's borders, aid in the safe return of Syrian refugees and ensure Syria's territorial integrity. According to the most recent report by the Ministry of Internal Affairs on Dec. 4., so far 369,690 Syrian refugees have returned to their country.