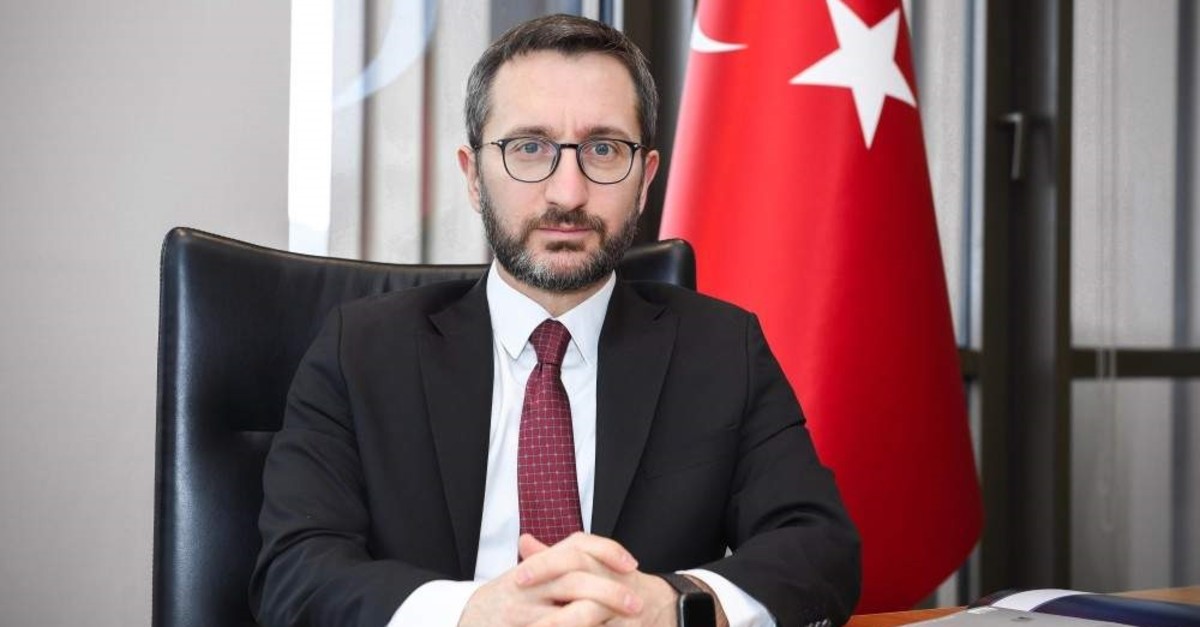 by Daily Sabah Jan 27, 2020 12:39 pm
President Recep Tayyip Erdoğan’s three-country Africa tour is a part of Turkey’s diplomatic efforts to contribute to peace around the world, Presidential Communications Director Fahrettin Altun said Sunday.
Releasing a series of Twitter messages, Altun commented on Erdoğan’s Africa tour including official visits to Algeria, Gambia and Senegal.
“Our President Erdoğan is traveling to Algeria, Gambia and Senegal as part of Turkey’s diplomatic efforts to develop stronger ties and contribute to peace around the world. Under his leadership, Turkey is an influential player in Africa and beyond,” Altun wrote.
Underlining that Turkey had embarked upon a policy of opening up to Africa since 2003, Altun said that strong ties with African countries in the areas of trade, education, sports and tourism had been built, with Turkey contributing to the wellbeing of these nations through continued cooperation and mutual interests.
“Turkey is a global leader in foreign development as well as humanitarian aid. The Turkish Cooperation & Development Agency (TIKA), Yunus Emre Institute (YEE), Presidency for Turks Abroad (YTB), Turkish Red Crescent & Maarif Foundation help us strengthen our ties in Africa,” he added.
Saying that stronger relationship with Algeria would contribute to stability and peace in the Eastern Mediterranean and the broader region, including Libya, Altun also made a point to remind followers that Gambia had been a top partner in supporting Turkey’s struggle against the Gülenist Terror Group (FETÖ) after condemning the latter's July 15 coup attempt and becoming the first West African nation to close down a FETÖ-run school.
FETÖ and its U.S.-based leader Fetullah Gülen orchestrated the defeated coup on July 15, 2016. The attempt left 251 people killed and nearly 2,200 injured.
FETÖ was also behind a long-running campaign to overthrow the state through the infiltration of Turkish institutions, particularly the military, police and judiciary.
Gambia will count as the 28th country in Africa that Erdoğan has visited over the course of his terms as prime minister and president.
“In Senegal, our relationship entered a golden era in the 2010s. We have been cooperating on a number of strategic issues. Turkish private sector has been very active in Senegal taking part in many large projects. Turkey is committed to the peace, stability and prosperity of our brothers and sisters in Algeria, Senegal, Gambia and the rest of the African continent. Our President Erdogan is a tireless leader when it comes to bolstering our relations with the continent and he will continue to do so!” he added.
On Sunday, President Recep Tayyip Erdoğan arrived in Algeria, the first stop of his three-nation African tour. Gambia and Senegal are next stops for Erdoğan’s diplomatic tour.
Turkey's first lady Emine Erdoğan is accompanying Erdoğan alongside key aides including Foreign Minister Mevlüt Çavuşoğlu, Defense Minister Hulusi Akar, Technology and Industry Minister Mustafa Varank, Energy Minister Fatih Dönmez, Head of the Turkish Intelligence Organization Hakan Fidan, Communications Director Fahrettin Altun and Presidential Spokesperson İbrahim Kalın.
Turkey-Africa relations have gained substantial momentum since the declaration of Turkey as a strategic partner of the continent by the African Union in January 2008.
Last Update: Jan 27, 2020 2:29 pm
RELATED TOPICS