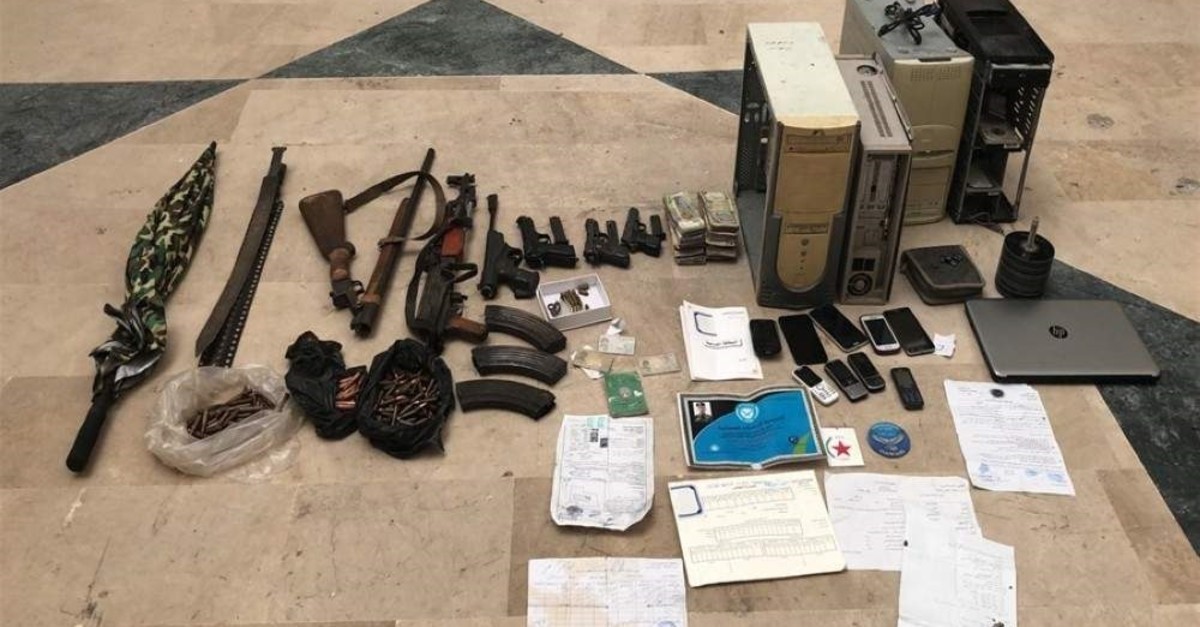 Turkish security forces detained five PKK/YPG terrorists who were planning to carry out attacks in the northern Syrian town of Tal Abyad, the Defense Ministry said in a statement Monday.

The ministry noted that the terrorists were nabbed in simultaneous operations carried out by Turkish commandos.

The terrorists were hiding in several houses in Tal Abyad, the ministry said, adding that the security forces also confiscated arms, ammunition and other supplies belonging to the terrorists.

A shotgun, an AK-47 infantry rifle, four guns, 176 pieces of ammunition, a machete, nine mobile phones, four computers, a laptop, 67 CDs, 871,000 Syrian liras and organizational documents, which were hidden in different parts of the houses, were confiscated by security forces, according to the ministry.

Tal Abyad was liberated from the PKK/YPG terrorist groups by Turkish Military Forces (TSK) and the Syrian National Army (SNA) within the scope of Operation Peace Spring, which was launched on Oct. 9.

There are a total of 41 security checkpoints set up in northern Syria’s Tal Abyad and Ras al-Ayn provinces to prevent movement of terrorist elements in the region.