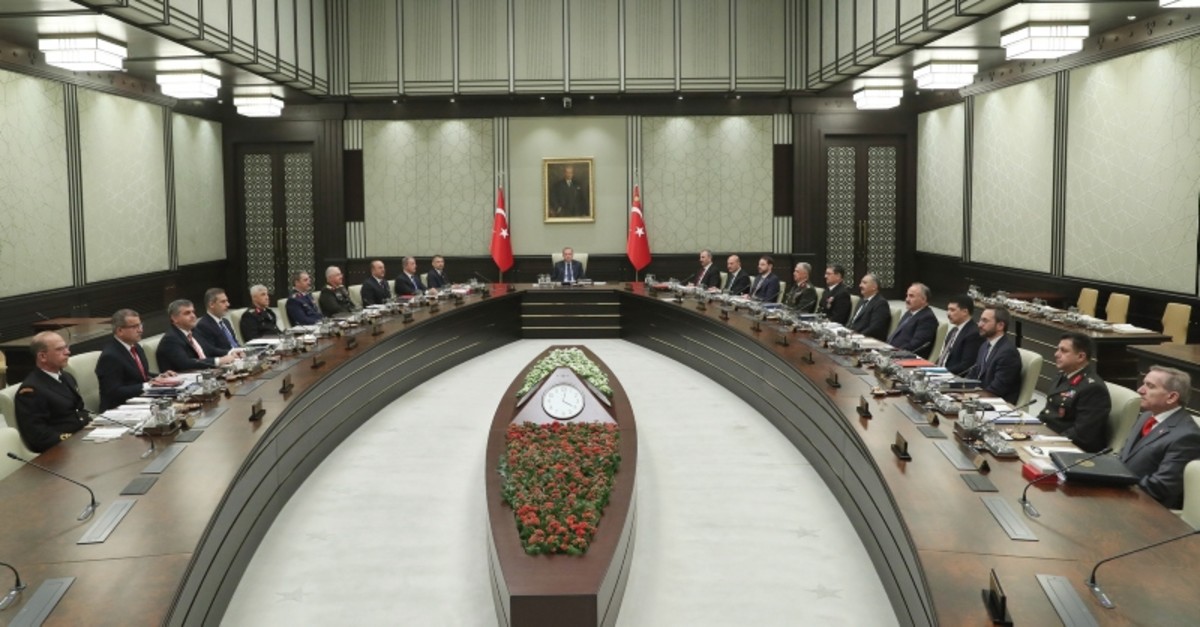 "The only solution is the establishment of an independent Palestine on the basis of the 1967 borders with East Jerusalem as its capital," the council said in a statement issued following its meeting, headed by President Recep Tayyip Erdoğan, in the capital Ankara.

Trump on Tuesday unveiled the long-awaited peace plan for the Israeli-Palestinian conflict, although it had already been roundly rejected by Palestinians. Israeli Prime Minister Benjamin Netanyahu was with Trump at the White House for the announcement, but no Palestinian officials were present. In a news conference, Trump said that Jerusalem will remain Israel's "undivided capital."

Speaking later in the day, President Erdoğan described the plan an "occupation project.”

Speaking at the fifth Anatolian Media Awards ceremony in the capital Ankara, Erdoğan said: "Jerusalem is not for sale."

Condemning the so-called "Deal of the Century," the president said, "Jerusalem is a red line for us."

Kalın emphasized that Turkey supports a two-state solution to the Israeli-Palestinian conflict and the creation of an independent and sovereign Palestine state based on the 1967 borders and with East Jerusalem as its capital.

Turkey will not support any plan that Palestinians reject in the region, Kalın stressed over the phone.
Turkey’s foreign ministry reiterated that Turkey would not support any plan that is not accepted by Palestinian authorities, adding that peace in the Middle East would not be obtained if policies based on occupation did not end. The ministry also stressed that Jerusalem was a red line in the eyes of Turkey.

The so-called peace plan unilaterally annuls previous U.N. resolutions on the Palestinian issue and suggests giving Israel almost everything they have been demanding.

The MGK also touched upon other regional developments, particularly war-ravaged Syria and Libya.

The council stressed the importance of taking further measures against terrorism in various parts of Syria, especially Idlib.

The MGK also emphasized the need to preserve the cease-fire in Libya, saying “All countries invited to support efforts to establish (a) permanent cease-fire.”

“Turkey condemns attack in Somalia where Turkish citizens were among casualties,” the council further stated.

In the statement, the tensions between Iran and U.S. over the assassination of Quds Force commander Gen. Qassem Soleimani were also mentioned. The council reiterated its call for “common sense and clear-headedness.”