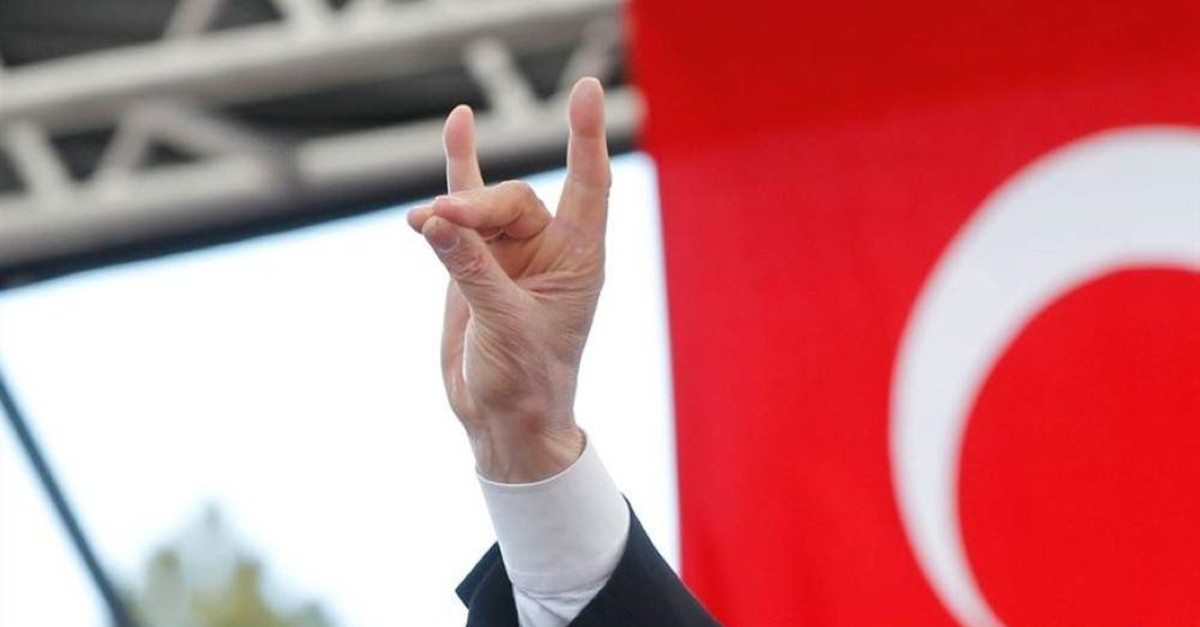 Anadolu Agency (AA) reported Friday that Wiener Linien Spokesman Christoph Heshmatpour told the press that the drivers were fired after a video of the men making the gray wolf sign, as they were joking around in a kitchen at the bus park, was posted on social media.

The Austrian government banned the Turkish gesture of the "gray wolf" in March 2019, calling it an "extremist symbol."

The "grey wolf" gesture, which is associated with the Nationalist Movement Party (MHP), is formed by placing the ring and middle fingers on the thumb, thus forming the head of a wolf – a symbol of Turkish nationalism.

Turkey condemned the decision for damaging bilateral relations, calling on Vienna to abandon its "dead-end street" politics that fuel populism in the country.

The Austrian law was proposed to ban symbols and signs used by "extremist" organizations. It includes fines up to 10,000 euros ($11,030.15) for the use, distribution of badges and other material containing the symbols.

The Austrian government's harsh attitude toward Turkish citizens became evident after a crucial 2017 referendum in Turkey that resulted in a victory for President Recep Tayyip Erdoğan.

After nearly 75% of Austrian-Turks voted in favor of the constitutional changes, the Austrian government knuckled down to take action.