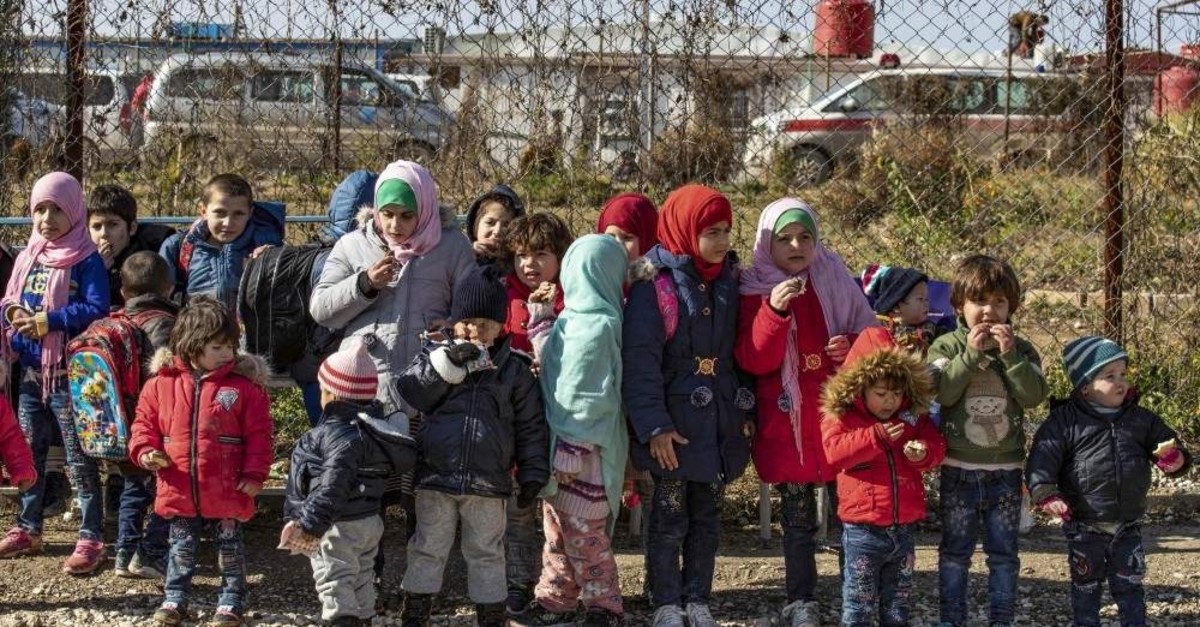 Orphans of various nationalities gather at the al-Hol camp, home to thousands of relatives of Daesh fighters, in the al-Hasakeh governorate in northeastern Syria, on Jan. 25, 2020. (AFP Photo)
by daily sabah Jan 31, 2020 4:44 pm

The Parliamentary Assembly of the Council of Europe (PACE) urged European countries to repatriate the children of Daesh fighters stranded in Syria and Iraq.

PACE Commissioner for Human Rights Dunja Mijatovic made the call during a session in Strasbourg Thursday, and while 83 members voted in favor of the resolution, 10 voted against it and 10 others abstained.

In her speech, Mijatovic said that the children of Daesh fighters are not responsible for their parents' decision to join terrorist groups, and the children should not be left to die there to "heal the wounded souls of the victims of terrorism."

"Malnutrition, infected wounds, severe burns and acute diarrhea continue to cause the death of children on a daily basis," she said, as she argued that the only way to move forward will be by repatriating these children.

Despite being generally reluctant to bring back former Daesh members, the case of repatriating children is another issue, with the U.N. urging countries to take action. Some countries, including France, Germany, Norway and Denmark, had in the past also repatriated the children of former Daesh members or of those that lost their lives during the conflicts.

Turkey has criticized Western countries for refusing to repatriate their citizens who left to join Daesh in Syria and Iraq and stripping some of them of their citizenship. Although the 1961 New York Convention made it illegal to leave people stateless, several countries including France have not ratified it, and recent cases have triggered prolonged legal battles. The U.K. alone has stripped more than 100 people of citizenship for allegedly joining terrorist groups abroad.