Pakistani PM: Ties with Turkey get stronger in every area 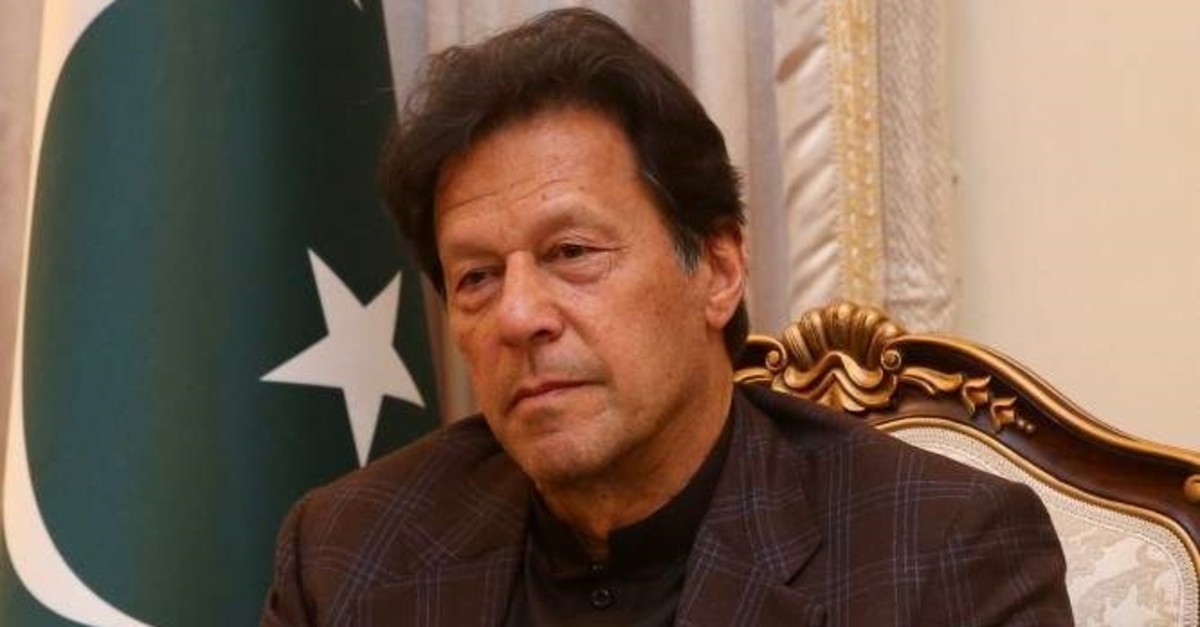 Prime Minister of Pakistan Imran Khan said that strategic and diplomatic relations will be a major topic during President Recep Tayyip Erdo?an's visit within the month, Feb.2, 2020. (AA)
by Daily Sabah with AA Feb 02, 2020 4:02 pm

Turkish-Pakistani ties get stronger every day in all the areas, said Prime Minister of Pakistan Imran Khan, highlighting the two countries' decades-long past.

"The relations of the people who live in the lands we call Pakistan with Turkey dates back to the 1920s when there was a Khilafat movement. This movement was initially established to stop the attacks on Turkey coming from everywhere possible and help the country as a whole," Khan stated.

Speaking to Anadolu Agency (AA) in an exclusive interview, he added that Indian Muslims and people in Pakistan also collected money for Turkey when it was under the occupation of the European powers back then.

"Turkish people still remember that monetary aid from this side of the world with gratitude," Khan expressed, underlining that the basis of the brotherly ties today dates back to this incident.

Emphasizing that today the bilateral relations are quite close, Khan indicated that the ties are building up in all areas.

As far as trade relations are concerned, Khan said that in February, Turkish President Recep Tayyip Erdoğan is expected to visit Pakistan alongside businessmen and entrepreneurs.

"Our aim is to improve trade ties. For instance, Pakistan and Turkey can cooperate in mining work," the prime minister stated, underlining the wealth of Pakistan in terms of mine resources such as gold, copper and coal.

"However," Khan said, "we are not able to research these resources or extract them. When Erdoğan comes, we will discuss these issues, among others."

"Strategic and diplomatic relations will be another major topic in our agenda," the prime minister highlighted.

Remembering that his last touristic trip before becoming a prime minister was to Istanbul, Khan said that his sons loved the city and its touristic potential.

"Turkey has a well-developed tourism sector; however, we are not at the desired level in this sector," Khan said, adding that even though the touristic attractions of Pakistan are mostly unknown to Turkish people, the country is doing its best to improve its tourism sector.

There are many things that Turkey and Pakistan share in common and thus, the countries have always supported each other. For instance, Turkey has backed Pakistan at all times, including on the issue of Kashmir in all possible forums. Pakistan, on the other hand, has stood by Turkey on tensions with Greece and Cyprus. The two also often cooperated on international conflict issues. This joint stance on diplomatic and political issues reflected on the economy as well, leading to stable and indestructible economic ties.

Khan paid an official visit to Turkey on Jan. 3-4, 2019. when he and Erdoğan discussed bilateral relations between their two countries as well as possible steps for further strengthening their cooperation on a number of issues.

Meanwhile, a seminar organized in Ankara on Saturday posited that "brotherly" relations between Turkey and Pakistan should manifest in boosted trade and human resource development.

The two countries, sharing "historical" relations dating to the Ottoman Empire, must strengthen the economic aspect of their relations, speakers and participants emphasized at the event hosted by the Turks Abroad and Related Communities Presidency (YTB) and a group of Pakistani students in Turkey.

"Turkey and Pakistan have stood by each other always in the most difficult times," said Muhammad Syrus Sajjad Qazi, Pakistan's envoy to Turkey.

With Turkey and Pakistan being important players in the international community, Qazi said Ankara was one of the "important and strongest supporters" of the right to self-determination for Kashmiris.

He said high-level political and defense exchanges between the two countries were a symbol of their "unique relationship."

"As the two brotherly countries enjoy a glorious past, Pakistan and Turkey have an equally promising future," he said, adding that their vision of leadership was achieving a "robust economic partnership."

Turkish ruling Justice and Development Party (AK Party) lawmaker Metin Gündoğdu cited the help extended by South Asian Muslims in the Battle of Çanakkale (Gallipoli) during World War I, saying Pakistanis love Turkey and that the two could not be separated.

Yalçın Topçu, a senior advisor to Erdoğan, said the Turkish president raised the issue of Kashmir at the U.N. last September.

"Whatever the situation, we have always been close to Pakistan," he said.

Lauding the leadership of Pakistan's founder, Muhammad Ali Jinnah, he said: "It's because of Quaid-e-Azam [Jinnah], that Turkey and Pakistan enjoy such close relations. Quaid followed the thinking of Allama Muhammad Iqbal, who was not just a thinker and philosopher of Pakistan, but the whole universe."

"We have been, are and will be friends in the future too, but this relationship should be spiritual, not just restricted to words," Topçu said, calling for unity among Pakistani people.

"Unity is important which brings nations together – unity and extend help to the needy, not only Muslims," he said. Halil and Fawad, Turkish and Pakistani students who came from Ankara and Bursa to attend the event, said the two countries "no doubt enjoy very good relations, but it must translate into increasing bilateral trade and economics and tourism."