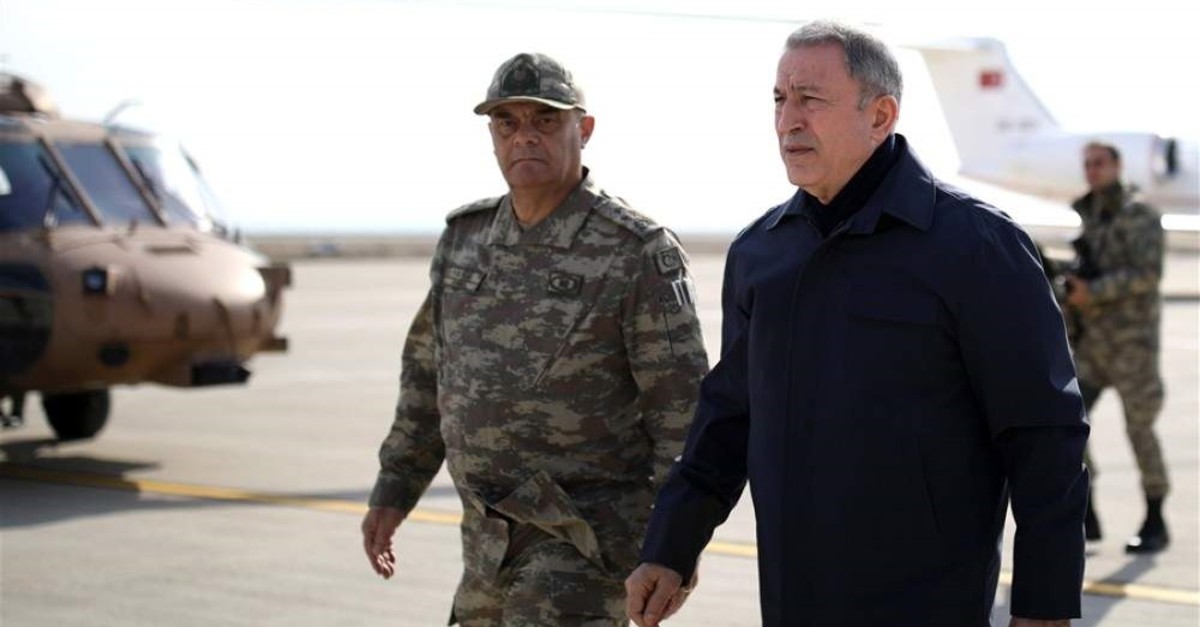 Akar and top military commanders, including Chief of General Staff Gen. Yaşar Güler, traveled to the Turkish border province of Hatay earlier on the same day to inspect developments in the northwestern Syrian province of Idlib.

Visiting troops deployed on the border, Akar said: "No one should have any doubt that the necessary steps will be taken [to defend against attacks on the Turkish military] in the region."

Akar received a detailed briefing on developments in the region from commanders overseeing units positioned along the border.