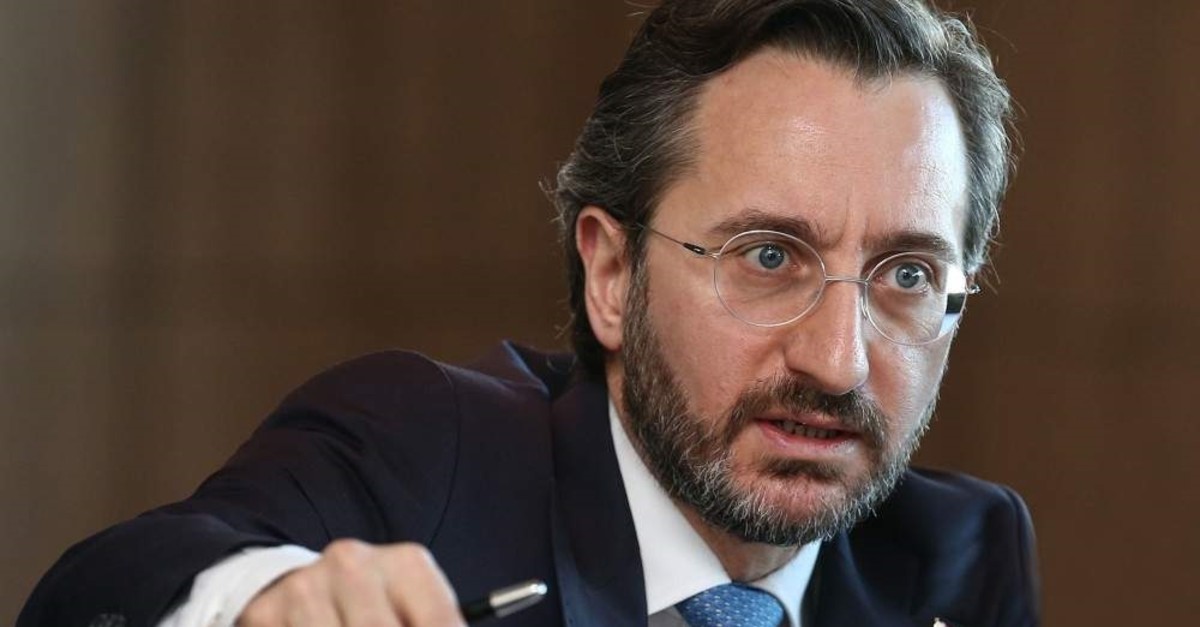 "The ones who prepared this plan are well aware of the fact that this cannot be implemented. It has no legitimacy. They are trying to destroy Jerusalem's multireligious structure which will be a cultural genocide," said Altun, underlining that Turkey does not recognize or accept this plan.

He added that rather than negotiations between the two sides, the plan chose the route of a unilateral imposition. "This unilateral side is not Israel but only Netanyahu and the political elite that surrounds him," Altun said.

"When you realize this point of the deal, you will see that the plan is not about peace or finding a sustainable solution to the Palestinian-Israeli crisis. The only aim of the plan is to prevent Netanyahu's leadership crisis ."

Those who proposed the plan are also well aware that it is inapplicable, he said.

Altun also identified the naming of the plan as the "Deal of the Century" as a problem. He said the content of the plan proves that it is far from being the deal of the century and it is important that such terms are avoided when establishing a counter-rhetoric.

"For us, this is a plan of occupation and annexation. It is the 'Betrayal of the Century,'" he said.

By accepting the situation on the ground, the U.S. administration gave Israel what it wanted, as the plan for the Middle East does not contain a fully independent Palestine but a stronger Israel and Gulf against Iran and other threatening elements for the U.S.

The plan deprives Palestinians of nearly everything they had been fighting for: east Jerusalem as their national capital, the removal of Jewish settlements in the occupied West Bank, territorial control over their borders and security a sovereign state would normally enjoy.

Trump said east Jerusalem would be the capital of Palestine, while Jerusalem would serve as Israel's undivided capital, noting that the al-Aqsa Mosque would be open to Muslims and that Israel would be responsible for ensuring freedom of religion.