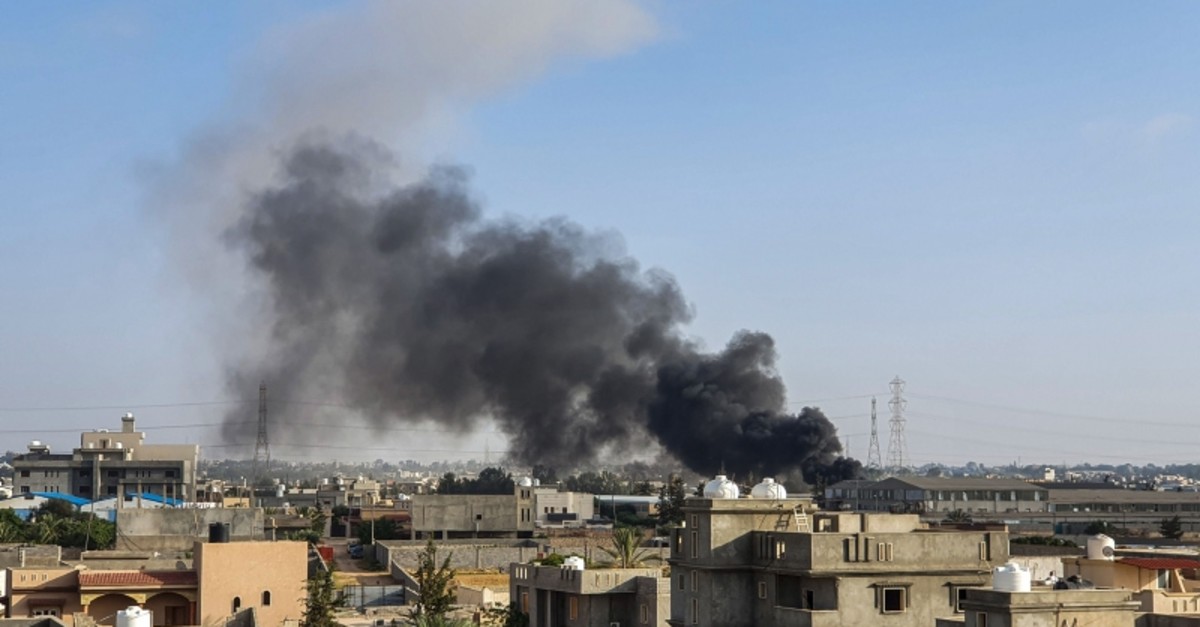 Haftar's militia targeted residential areas in southern Tripoli, according to Libya's Government of National Accord (GNA).

Four others were injured in the attacks.

Despite the Berlin Conference on Libya on Jan. 19, which called for a permanent cease-fire in the war-torn country, Haftar's forces have continued their attacks.

On Jan. 12, the conflicting parties in Libya announced a cease-fire in response to a joint call by Turkey and Russia's leaders, but talks for a permanent cease-fire ended without an agreement after Haftar left Moscow on Jan. 14 without signing the deal.

Haftar agreed at the Berlin Conference on Libya to designate members to a U.N.-proposed military commission with five members from each side to monitor the implementation of the cease-fire. The decision was a key result of the conference.
RELATED TOPICS