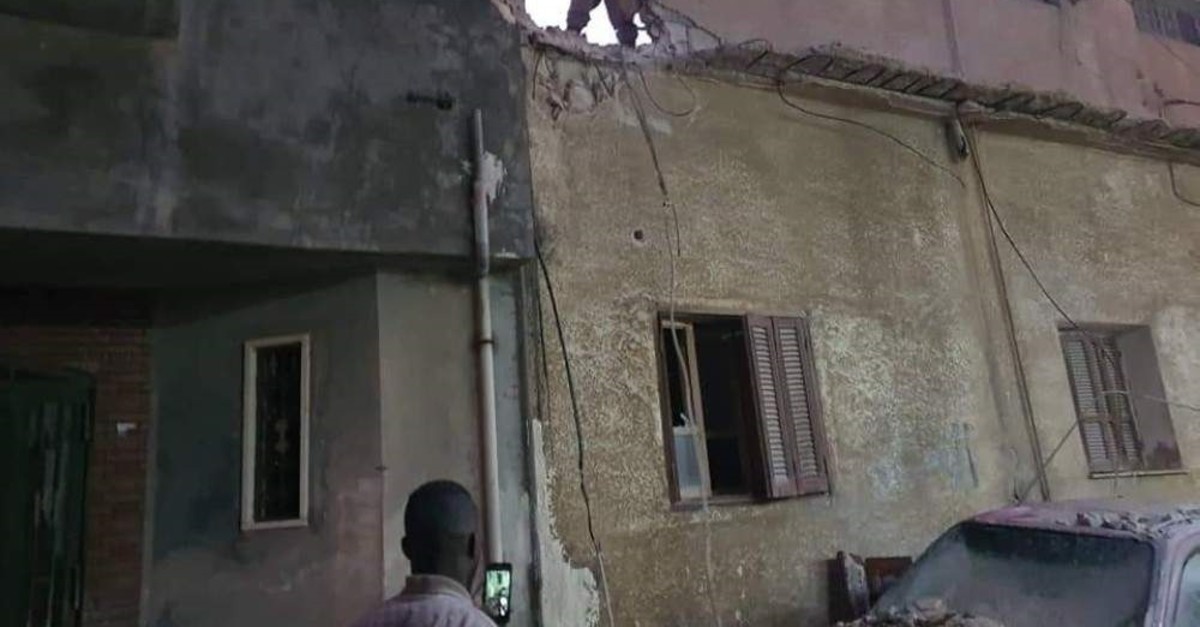 The Government of National Accord (GNA) rejected distorted claims that the Syrian National Army (SNA) has been sent to Libya, said Abdul-Malik Al-Madani, spokesman for the Burkan Al-Ghadab (Volcano of Rage) Operation by Libya's U.N.-recognized government, adding that those who are fighting within the ranks of the GNA are the Libyan army and those that are troubled with the repeated attacks on the capital.

"Those fighting beside the GNA are those answering the government's call for mobilization, which are mostly young Libyan engineers, doctors or teachers. Only the Libyan people and troops of the Libyan army are fighting within our ranks. These forces defend the capital's people and the legitimate government against the bombardments of putschist Khalifa Haftar's forces targeting settlements on a daily routine without distinction," Madani said.

Previously, Haftar had also claimed that Syrian radical groups affiliated with groups such as al-Qaida and Daesh were deployed in Libya on behalf of the U.N.-recognized government besides claims targeting the SNA.

Indicating that the GNA defends itself against the attacks of warlord Haftar – supported by Egypt, Saudi Arabia, France, the United Arab Emirates and Russia – Madani underlined that Sudanese mercenaries with a dark record, Sudan's armed independence organizations, Chadian militia groups and mercenaries of the Russian security company Wagner were fighting alongside Haftar.

"At first we thought that we would face Haftar one-on-one. Yet, we saw that we were actually fighting with regional countries that want to overthrow the legitimate administration in the capital," Madani added.

The spokesperson further added that the GNA's calls on the U.N. regarding the killings of innocent civilians remained unanswered.

Responding to the claims that the SNA was in Tripoli in return for $1 million, SNA commander Abu Ahmed Al-Nur stated Tuesday: "Currently, I am in Syria's northern Aleppo province's Azaz district, spokesperson of Haftar's militias claims that the SNA fights along the Government of National Accord in Libya's capital Tripoli. These claims do not reflect the truth. Our main goal as the Syrian National Army is to defend the Syrian people and rescue our country from an occupant."

On the other hand, speaking on the deals Turkey and the GNA signed on maritime borders and military support at the end of 2019, Madani said, "This agreement means that Turkey will give the GNA's land forces military and security support."

The Turkish Parliament last month passed a motion allowing for the deployment of troops to Libya for one year in order to respond to threats from illegitimate armed groups and other terror groups working against both countries' national interests.

Libya and Turkey signed agreements in November outlining cooperation in terms of security and maritime affairs, angering Mediterranean countries, including Greece and the Greek Cypriot administration, which is prevented by the diplomatic maneuver from unilaterally exploiting energy resources in the region.

Since the ousting of late ruler Moammar Gadhafi in 2011, two seats of power have emerged in Libya: one in eastern Libya supported mainly by Egypt and the UAE, and the other in Tripoli, which enjoys U.N. and international recognition.
Last Update: Feb 06, 2020 8:27 am
RELATED TOPICS