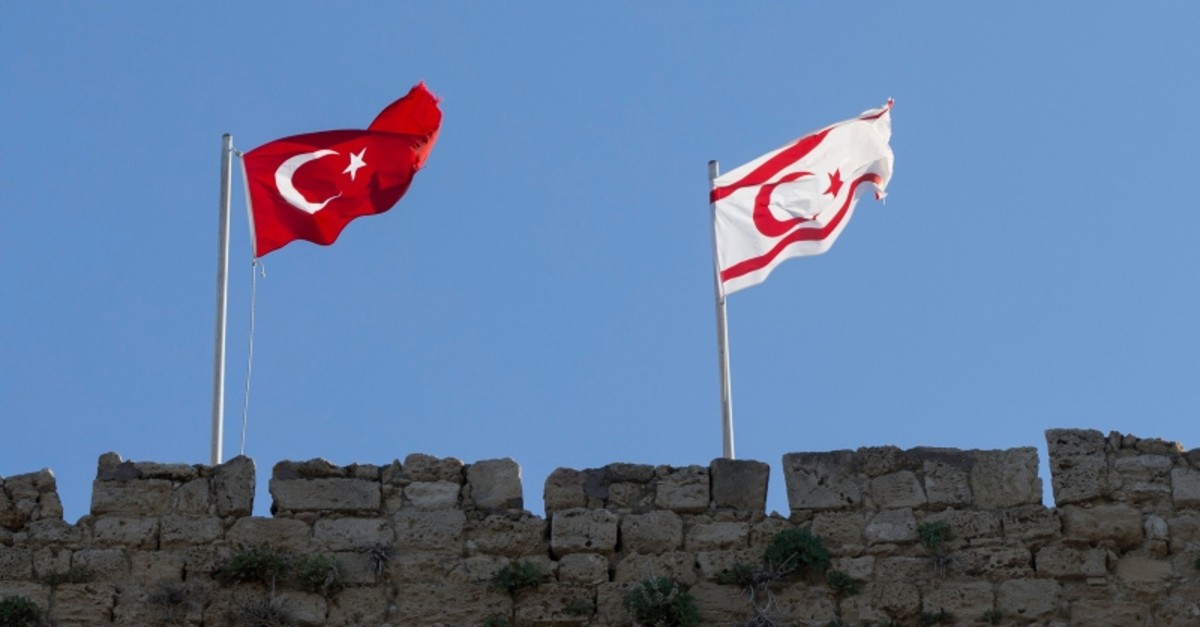 The presidential candidates' stances on federalism have become increasingly determinant factors ahead of the Turkish Republic of Northern Cyprus (TRNC) elections on April 26.

Akıncı says TRNC, which is currently only recognized as an independent state by Turkey, "will not be recognized as such in the foreseeable future."

"I don't support chasing the impossible all the while strengthening the status quo. We neither want to be the minority in the south or a sub-country fully dependent on Turkey," he said.

In line with the president's remarks, CTP leader Erhürman said "the conjuncture will not allow the TRNC to be recognized in the international scene."

"The people supporting the two-state solution expect all five U.N. Security Council members, all other U.N. members and all 27 EU members to recognize the TRNC. This is not possible in today's political conjuncture, and this way will cause us to live under an unpredictable atmosphere for an indefinite period of time," he said.

"No one can destroy the state"

Among those on the opposite page was Prime Minister Tatar. "There are two different countries on Cyprus. This is the basis. No one will ever have the power to destroy this country, no matter what happens, this state will never perish. Any agreement excluding this state is virtually nonexistent in our view. No one can destroy the state," he said.

Deputy Prime Minister Özersay also put his support behind the premier. "Whether they recognize us or not, we are here. We are a state, and we will continue to exist," he said.

"Federalism now lacks any realistic basis for Cyprus. From now on, there will be models of the solution not requiring bilateral recognition that will allow the two countries to cooperate," he added.

YDP leader Arıklı assumed a harsher tone, saying he will never discuss a model that he does not believe in. "I will only discuss a possible two-state solution that includes TRNC," he said.

Akıncı recently declared he will run independently. Akıncı is the fourth president of the TRNC, an office he has held since 2015. Originally an architect, Akıncı’s political career began with the mayorship of the Turkish side of the capital province of Nicosia, which lasted for 14 years. He was a member of the Communal Democracy Party, which was founded in 2007 with an emphasis on social democracy and a united Cyprus, until his 2014 resignation. In 2015, Akıncı raced in the presidential elections as an independent candidate and won by receiving 60.5% of the votes in the second round. During his presidency, he gave importance to the resolution of the Cyprus issue and restarted negotiations with the leader of the Greek side, Nicos Anastasiades.

Another presidential candidate is the country's current prime minister, Tatar. A Cambridge communications graduate, Tatar’s political career gained initial momentum back in 2009 when he became the finance minister of the TRNC. Being the prime minister of the country since May 2019, Tatar is also the head of the National Unity Party, a national-conservative party founded in 1975.

Tufan Erhürman is another candidate who leads the center-left Republican Turkish Party (CTP). A lawyer and an academician, Erhürman worked with Turkey’s justice ministry back in 1999 and became effective in establishing the status of the ombudsman in the country. He then participated in the Cyprus negotiations between 2008 and 2010. He has been a TRNC deputy since 2013 and head of the CTP since 2016. He became the prime minister of TRNC in 2018 and remained in the office until May 2019.

The current foreign minister and deputy prime minister of the country, Kudret Özersay, is also among the candidates for the 2020 presidential race. An academic and lawyer, Özersay has made a name for himself mostly for his influential role in Cyprus negotiation talks he has participated in for more than 12 years. During this period, he got the chance to work with three TRNC presidents, four different leaders for the Greek side and two U.N. secretary-generals.
The 2020 race will not be the first presidential candidacy for Özersay. He took part in the 2015 elections as well. Receiving 21% of the votes back then, Özersay decided to launch his own People’s Party in 2016 which was founded with an ideology based on anti-corruption. In 2018, he became the foreign minister of TRNC. He recently resigned from the People’s Party and revealed his candidacy in the presidential elections.

Head of the Rebirth Party Erhan Arıklı will also run in the presidential elections. An academician and author, Arıklı took part in various diplomatic missions for TRNC, including being the Central Asia representative of the country. His work in Azerbaijan and Kyrgyzstan enabled both of these countries to become some of TRNC's closest allies.

Other candidates are Arif Salih Kırdağ and Ahmet Boran, both of whom will race independently. Kırdağ, in particular, comes to the forefront as a unique figure with a unique election campaign.
Preparing for his third presidential election campaign, Kırdağ travels from village to village to sell his products, while, at the same time, promoting his candidacy.

TRNC elects its president in a two-round election. If a candidate fails to become the front-runner in the first round, the second round takes place with only two of the leading candidates.

According to a January 2020 survey of Gezici Research Company, Tatar is the candidate with the highest chance to win the race as he received 34.2% of the votes in the survey.
Akıncı, with 28.8% of the votes, closely followed Tatar. The survey also predicts that a second round will take place as a result of these percentages, where Tatar and Akıncı will race and Tatar may eventually win.