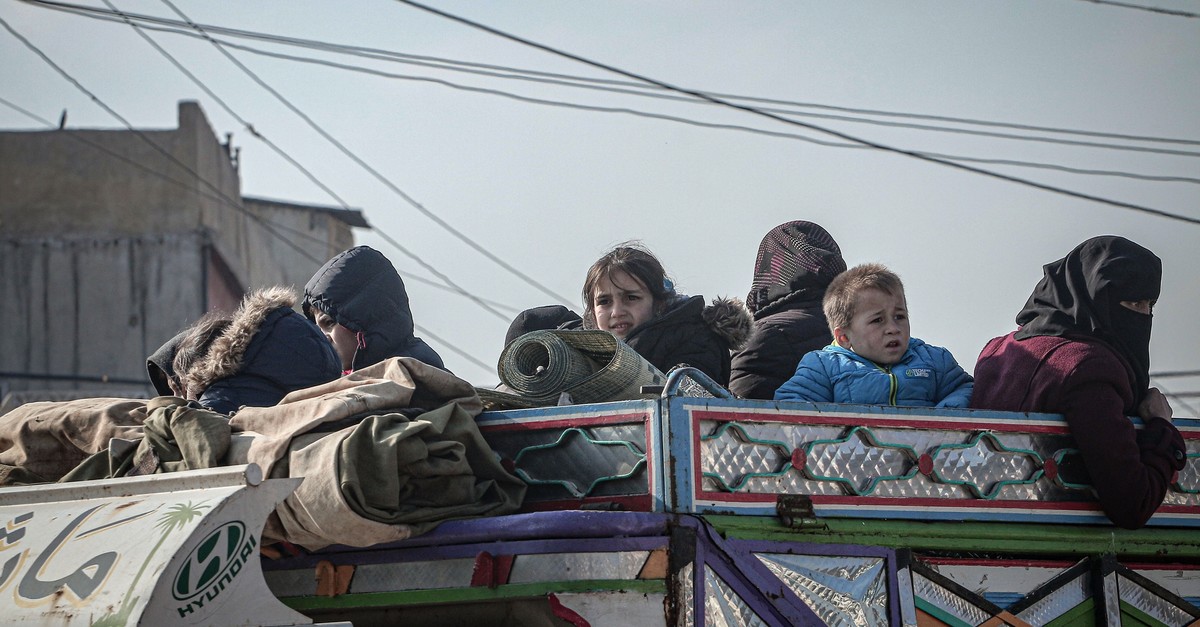 Around 90,000 more civilians headed toward the Turkish border in the past four days, the Syria Response Coordination Group said Friday.

The civilians are fleeing as a result of attacks by the Bashar Assad regime and Russia in the de-escalation zone in the northwestern Idlib province, Anadolu Agency (AA) reported.

Turkey has been urging Russia to ensure that the regime abides by the terms of the Sochi and Astana agreements to prevent a humanitarian catastrophe.

On Thursday, the U.N. envoy for Syria warned that a humanitarian crisis is unfolding in the northwestern province.

Most recently, Syrian regime forces entered the strategic town of Saraqib in the northwestern Idlib province, in a renewed push by Assad to recapture the last opposition stronghold despite Turkey's warnings to pull back its forces from Turkish-manned posts.

Assad's campaign to regain Idlib province has sparked a new exodus of thousands of civilians toward the border with Turkey, which backs some opposition groups fighting Assad.

The mass displacement of civilians in Idlib – one of the largest since the 2011 start of the conflict that has displaced more than half of Syria's prewar population of 20 million – has coincided with a biting winter. The renewed fighting is taking place despite a Jan. 12 cease-fire deal between Turkey and Russia, which back opposing sides of the conflict.