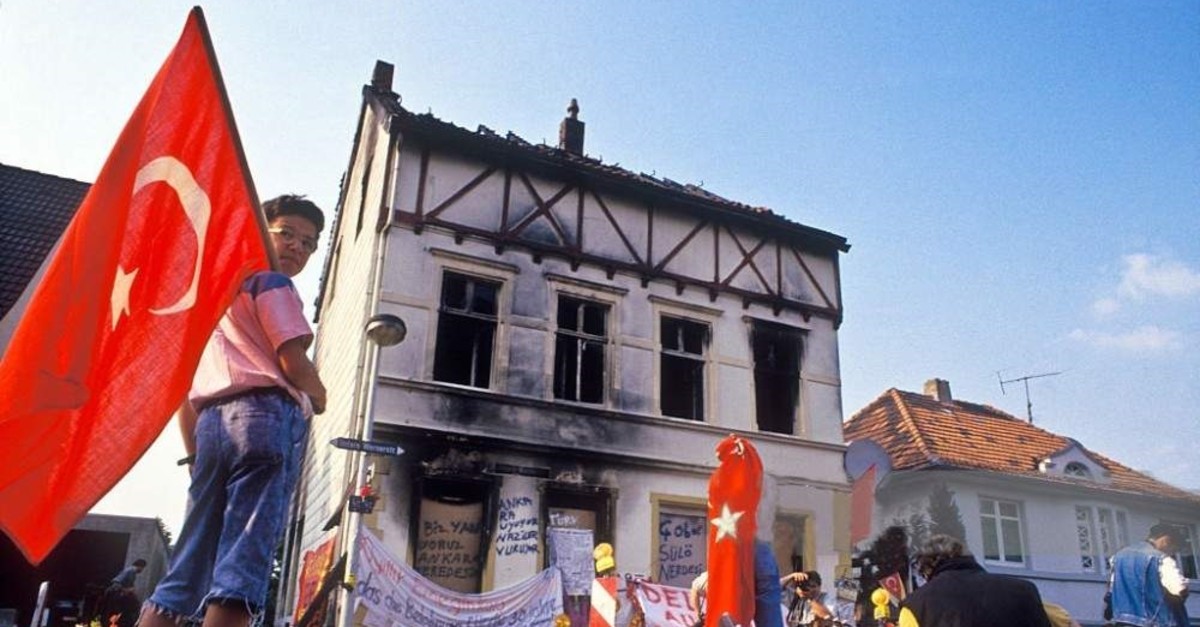 In the town of Solingen, Germany on the night of 28th May 1993 four German youths set fire to the home of the Turkish Genu00e7 family. Five family members, including three children, died and became worldwide symbols for victims of racism. Here people pay
by Daily Sabah with AA Feb 07, 2020 1:30 pm
Rising Islamophobia, racism and xenophobia in Europe threaten the safety of approximately 5 million Turkish citizens living in European countries, according to Deputy Foreign Minister Yavuz Selim Kıran.

Speaking during a session of Parliament's Foreign Affairs Committee in Ankara on Thursday, Kıran underlined the problem and urged a diplomatic solution to address such concern, saying: "We should deal with this problem strategically."

Turkey also raised serious concern after a primary school, the European Alevi Union – a religious group – and private vehicles, belonging to Turkish migrants, were all vandalized with swastikas in Cologne, Germany.

"We requested information from the police. They confirmed the incident and said the investigation is continuing," said Erciyes. "We are concerned about the increase of racist attacks, and we expect those responsible to be caught," he added.

The European Alevi Union also called for everyone to take a stand against the racist attacks.

Presenting the annual government report on the state of integration in the capital Berlin, Annette Widmann-Mauz said: "Right-wing extremism, anti-Semitism and hostility toward Muslims are a very real danger that we have to combat in a consequent and sustainable manner."