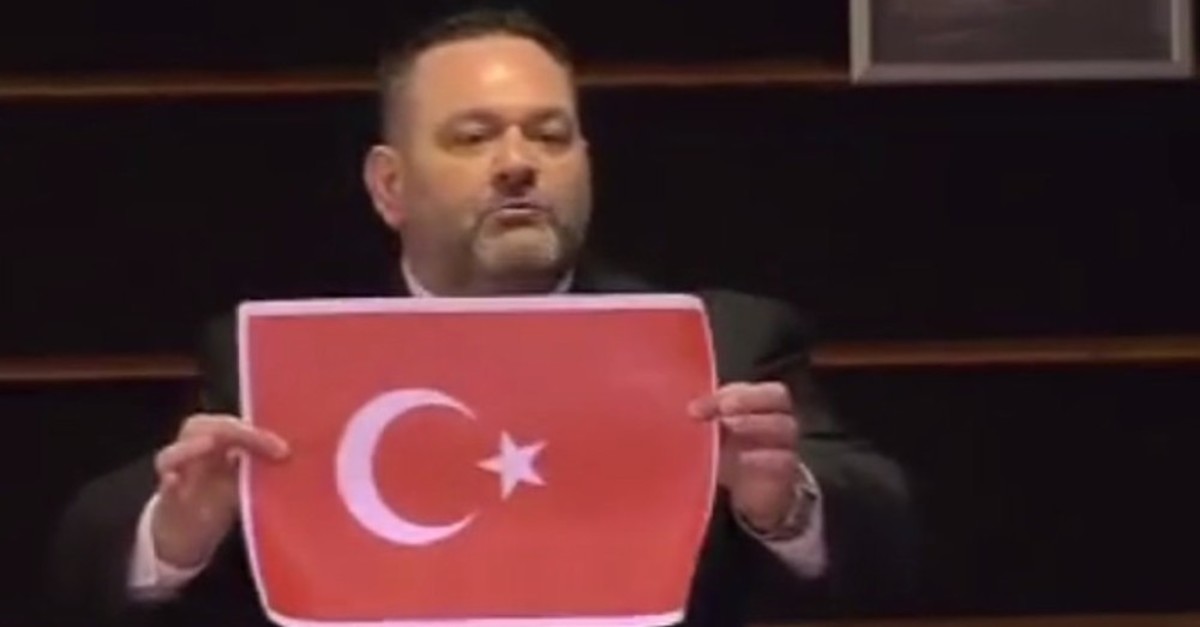 Turks living in Europe have filed a criminal complaint against a Greek member of the European Parliament for ripping up a Turkish flag, their union said Thursday.

In a statement, the Union of International Democrats (UID) said it has demanded an investigation by prosecutors in Brussels into Ioannis Lagos' provocation at the European Parliament.

The statement said the act violated Article 14 of the European Convention on Human Rights.

The UID also called for the lifting of the parliamentary immunity of Lagos.

During a debate on Jan. 30, Lagos blamed Turkey for the "stream of migrants coming into" his country and "getting away with whatever it likes."

He then tore a Turkish flag made of paper into pieces and balled up the scraps, throwing them to the floor.

Lagos previously served as a member of the Hellenic Parliament for the far-right Golden Dawn party between 2012 and 2019. The Greek MEP's former party, the Golden Dawn, is considered a far-right, neo-Nazi and fascist organization.

The party opposes migration and its members are known to be behind anti-Muslim attacks in Greece.